The Tower (our review here) was released awhile back now to minimal fanfare and went relatively unnoticed by the VR community though was received quite well by those who played it.  For those unfamiliar, The Tower 2 is the is the aptly named follow up to that game and carries on with the on-the-rails obstacle course type gameplay only now has 2 modes, the 1st takes place  in a dystopian future containing many obvious homages to classic science fiction movies and the 2nd is the VPL, or Virtual Parkour League, which offers 8 smaller courses to get through. 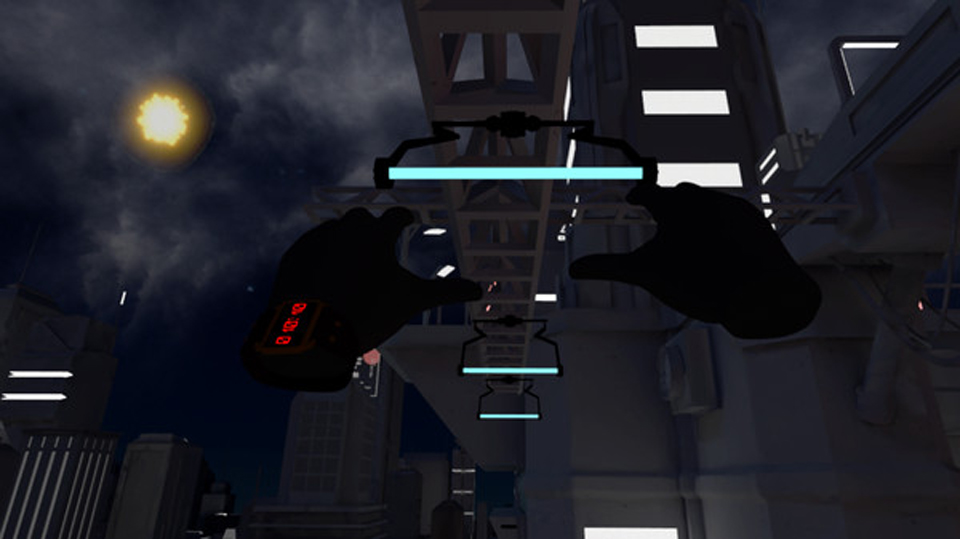 One wrong move will have you falling to your death!

The controls here are fairly simple which should allow for just about anyone to jump in and play with ease.  A brief tutorial breaks down the different types of obstacles you may face which largely include shimmying left or right and ducking.  Things get a tad more complicated when you need to grab bars and handles, swinging up on high above the city below with some monkey bar moments tossed into the mix that require very quick thinking, especially if you are holding a gun.  That’s right, there is also a little bit of shooting throughout the 1-hour campaign mission where you’ll have too be quick in taking out the machines trying to stop you from reaching your goal.  That goal is to get to the top of a tower where a ship is waiting to take you off world as it has now become overrun by homicidal robots.  As I said, this is an on-the-rails game and you can move at the regular speed or slightly faster speed along the singular path to the top.  The VPL portion plays the same as the campaign with the addition of blue and red icons you must grab with the hand corresponding to that color as well as a dramatic increase in difficulty when compared to the campaign.

The futuristic city you are in is dark and minimalist with most of the environment lacking any textures which allows for an incredible draw distance.  The city sprawls around and above you and looks great with those same simple textures and shapes creating an expansive city.  That city contains visuals clearly inspired by the Terminator, Blade Runner and Escape from New York franchises and are displayed in a way that pokes fun and pays tribute to the elements the developers decided to borrow for this game.  The robots you face match the art style perfectly holding bright red razor blades that scream danger and when destroyed, they explode in a highly detailed puff of smoke.  The track you are on is bright and clear, so you always know where you are heading with the VPL stages having a much brighter palette throughout 4 different worlds which look dramatically different from one another.  The Tower 2 won’t blow you away, but the visual style definitely pops in the headset. 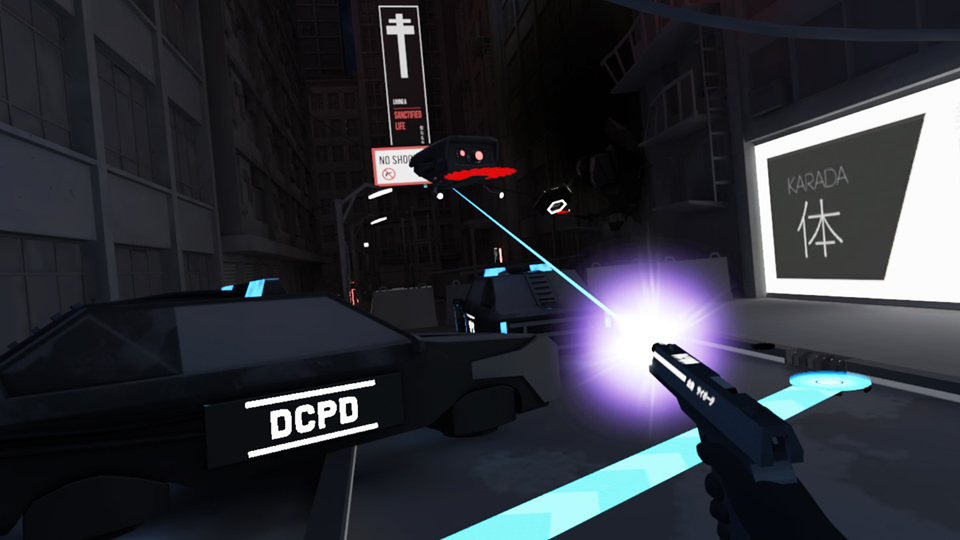 If the game gives you a gun, be prepared to use it!

Silence pervades this experience but is broken apart by some 80’s sci-fi beats that fit perfectly with the action.  Sound effects are on point with the robots whizzing around you and gunfire and impacts sounding as they should making for a seamless experience that had me bobbing my head whenever the action music kicked in.

Store descriptions focus in the singular stage as the main attraction, but lasting appeal lies in the VPL stages as each offers a varying degree of challenge.  Add in those icons you have to collect which count toward your final track score and that you are also on timer, which is reflected on global leaderboards and the motivation to replay these stages in the hopes of doing better is a strong one.  Those 8 stages do a great job of feeling different as each one offers their own unique challenges, some relatively easy and others seemingly impossible.  Trial and error will get you through and death takes you back to the last checkpoint, which is typically no more then a couple of seconds from where you failed so progression is almost always guaranteed.  The campaign is still a treat and I enjoyed the nostalgia filled romp through the perilous city, but I do wish there was a bit more to that side of the game.  It’s a fun hour but I wanted more or more specifically I wanted more shooting elements as there were really only a handful and it real feels like the game found a unique VR niche genre blending obstacles with combat. 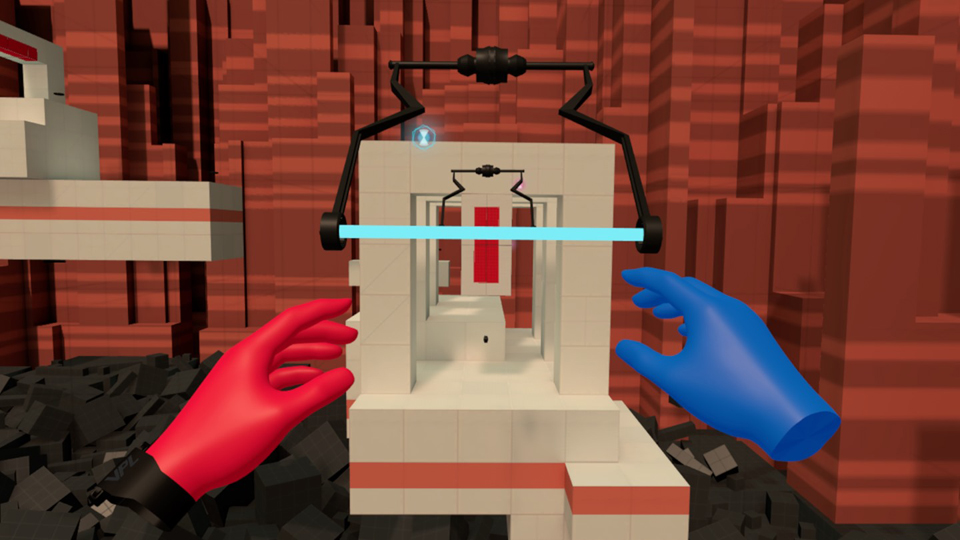 The VPL courses add a ton of replay.

The Tower 2 is a fun little VR romp rife with nostalgia, action and immersive mechanics that keep on your toes no matter which course or mode you are playing in.  It’s not overly complicated and anyone can pick this up and play with minimal experience in VR making it a decent little title to show off to others.  The main mission does feel a little on the shallow side but is more then made up by the VPL levels which takes the action from the campaign and makes it more intense.  I had a lot of fun with this and if you are looking for a game you can jump in for 5 minutes or 50, this is for you.

What would I pay?  This is $15 and aptly priced.  I spent way more time in here then I expected too and that’s never a bad thing.

Headroom.one provided The VR Grid with a press code for this title and, regardless of this review, we thank them for that!