The Tower has gone mostly under the radar. I had barely heard of it outside of a few mentions and I think it deserves some more attention. The premise of the game has you standing on a conveyer belt that wraps up and spirals around a tower and, with some interesting views along the way, has you dodging and ducking various obstacles to reach the top. The goal is to get to the top while minimizing how many time you dieand using the “sprint” function as little as possible. Fewer deaths and less sprinting leads to a higher score and upon completion you are told where you stand overall and for the day (for reference, I was 58th overall and 2nd for the day on my first run). 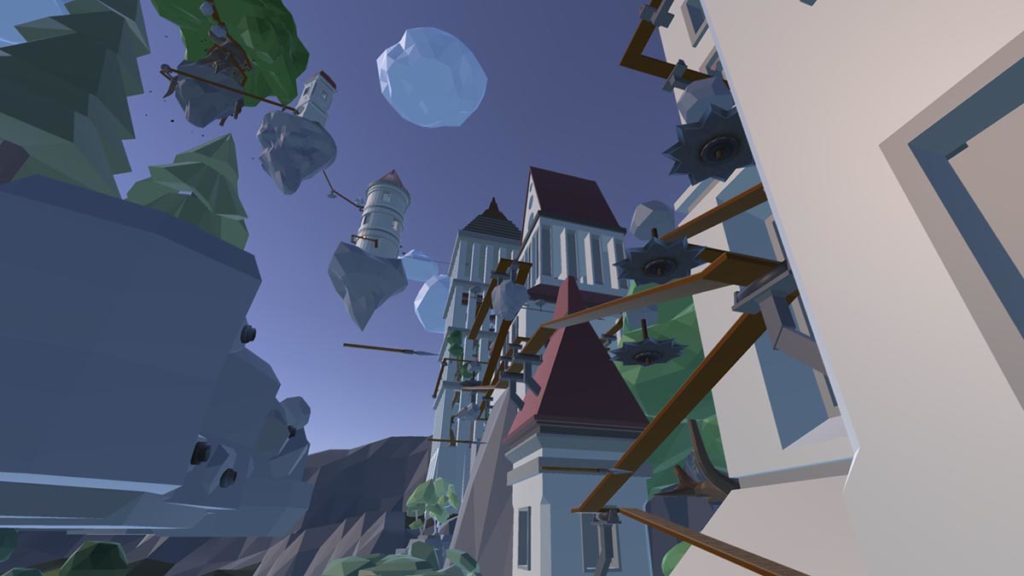 It’s a long way to the top.

The art style is minimalistic with simple textures and low polygon counts. But the aesthetic fits as, most of the time, you are rather high up in the air looking down on the world. Despite being simplistic, I did get an occasional stutter or two on a rather beefy PC (5820K, 32GB RAM, GTX 1080). The frame drops mostly happened at the beginning of the game, and they lessened as the game went on, but did occasionally appear throughout. It was not enough to ruin the experience, but it is worth mentioning.

The various traps include buzz saws, arrows, swords and cannons along with falling ledges and perhaps the most pesky to me, tree limbs and door frames. I often found myself not ducking enough under these and dying. The respawn mechanic simply has you re-center yourself and face forward before starting you back up again just a few second before where you died, which is now conveniently labeled with a large blood splatter. While I appreciated the hint of where I died, the art style didn’t mix well with an overly large blood stain and I found it a little jarring. 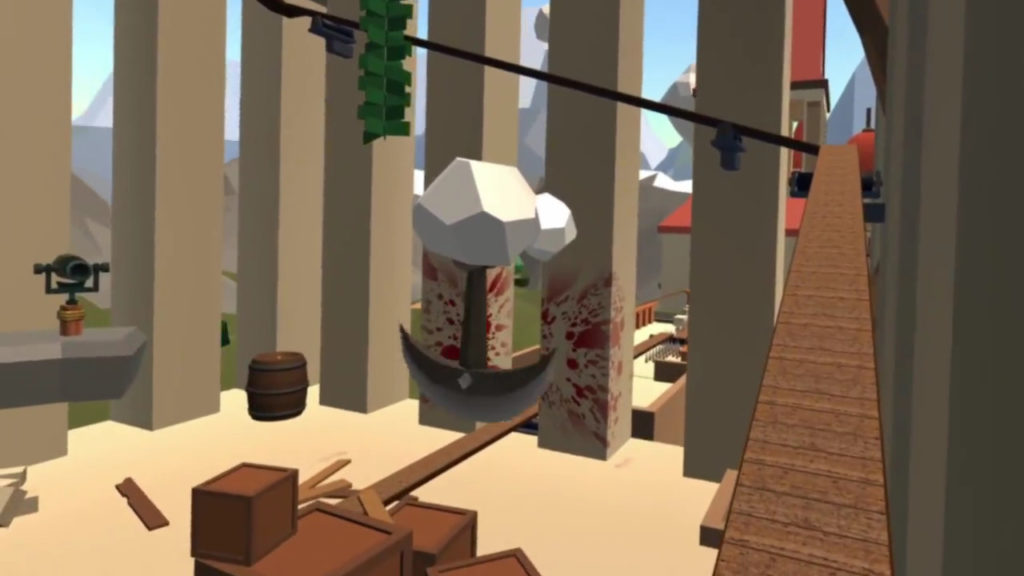 See that ridiculous splatter all over the wall…that’s me, about 1 minute ago.

The game officially supports roomscale and standing modes, but I feel that roomscale or at least a few feet to move in all directions should really be almost required. Some of the obstacles needed me to move left or right a few feet to dodge with some of the sword and spear traps being next to impossible to avoid without being able to take a step or two forward or backward. I wish the developers had embraced roomscale a little more as well, since most traps are solved by ducking, especially in the earlier parts of the game.

The first few minutes could probably be played by just sitting on the floor and waiting patiently, feeling like a tutorial.   Given the focus on chasing a high score, I feel like having the tutorial be a smaller, separate piece and not part of the core game would have been beneficial. Since each run takes about 30-45 minutes having to go through 5 minutes of what feel likes introductory content each time is a little bit annoying. 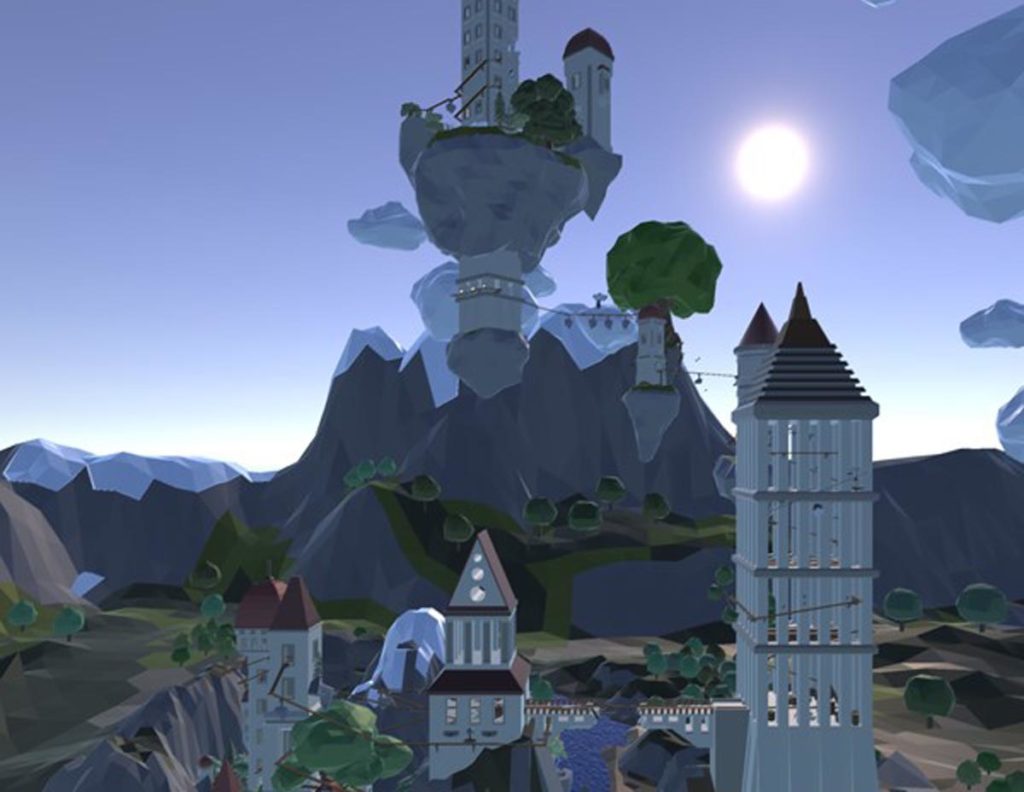 It’s a nice looking game with a fun esthetic.

Despite it’s minor flaws the game is still very enjoyable. The end held a nice little surprise that was rather challenging and even caused me to work up a sweat. I won’t spoil what it is, but it was the highlight of the game for me. The lure to try and get a higher score is enough to get most people interested in playing more than once. The game is short, but it works in its’ benefit for being able to beat it in one instance.

What would I pay? I think the current asking price of $4.99 is very reasonable, The short run time coupled with replay value seems like a fair price at less than the cost of a cheap lunch.

Headroom.one provided theVRgrid.com with a review copy of this game and, regardless of this review, we thank them for that!