Horror in VR is becoming a very crowded genre and for every amazingly terrifying experience we get a slough of games that barely make a blip on our gaming radar before they are more often than not, best left forgotten.  The Eerie Inn aims to be a VR horror game told in a similar vein to many modern day horror films.  You play as girl hitchhiking with her friend and are forced to make camp at a small motel where strange things happen only moments after arriving. 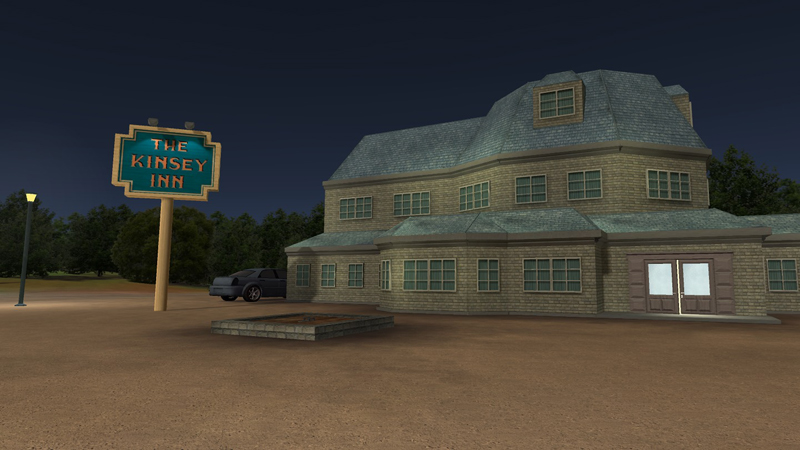 All 3 methods of controllers are available to you, but no matter which you use, you simply hold down  a button/touchpad and face the direction you want to walk in.  I know it’s done for immersion sake, but I’ll say it every time this movement scheme comes up…please put an option for turning in these games.   Some of us just don’t like standing for long periods and playing in a swivel chair isn’t as fun as it may sound.  Besides that, you can pick up items, but their is no inventory system, so once you pick an object up, you’ll just have it until you need it.  You do get to free roam the inn to explore and investigate the goings on here and maybe start digging for clues to get you out the predicament you just landed in.

The Eerie Inn has some alright visuals, but nothing here is ever mind blowing and a few instances look quite bad.  The models and environment look OK and I appreciated how well the mouths moved to match talking.  Some odd lighting effects are at play that make shadows appear in odd places and some the character animations can be stiff, but all of that doesn’t really matter in a game reliant on scares.  The scares here do work, but they are of the pop-up variety and the story is a linear tale so you can’t actually die or screw anything up making the scares much less scary.  Still, once or twice I may have been a little suprised by spooky moment. 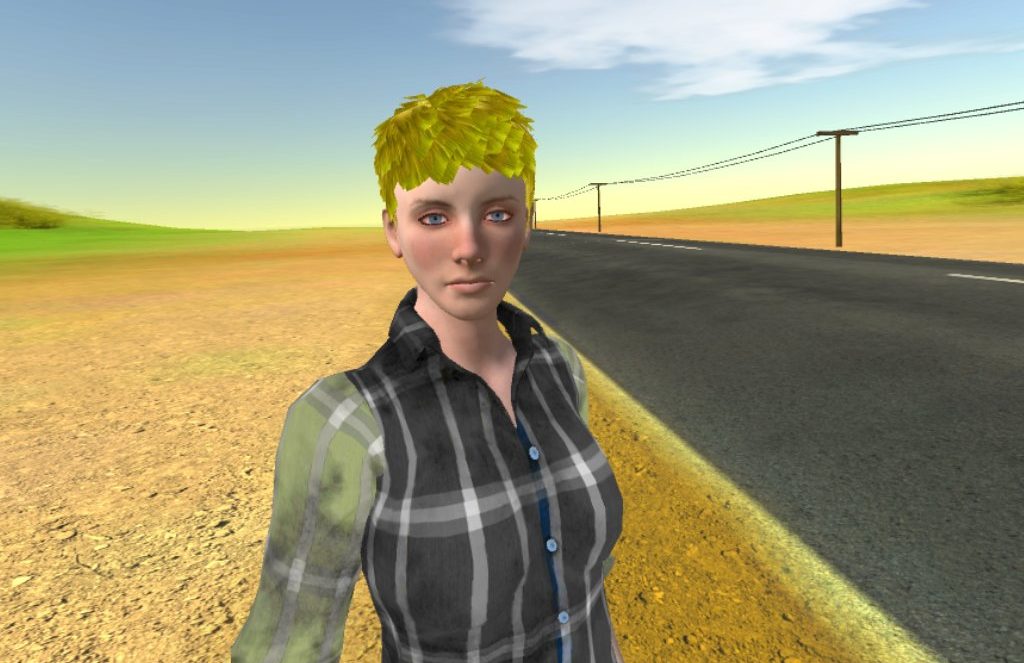 What I did appreciate is the fully voiced characters in the game, including yourself.   Each plays their role well enough though the calibre of the acting can definitely be called into question.  In regards to the story and narrative, The Eerie Inn exudes a B-Movie quality which some like myself might appreciate, but others may find this more annoying, cheapening the experience.  Still I think with that in mind it’s pretty easy to be amused by the story.

The gameplay here is very simple involving fetching a needed item and circumventing a few puzzles.  The questing is broken up by a few cut scenes, where a bulk of the scares are, and some text that jumps the story forward in time a bit.  Other than some visual hiccups I can’t say I encountered too many issues other than a late game elevator which has a door that I kept opening and closing when I didn’t intend. 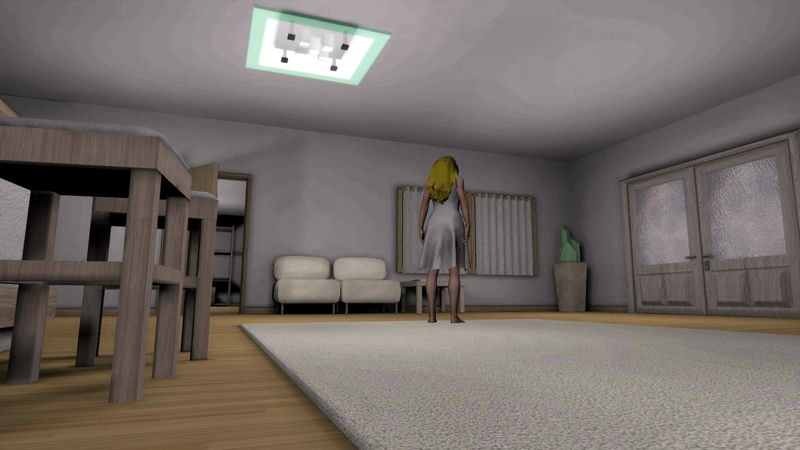 Well, I’m guessing she’s not waiting for a cab

The Eerie Inn isn’t too long, less then an hour, and for the most part just involves micro fetch quests to move the story along.  There are a few puzzles which might have slowed me down for a minute or 2 but nothing that could ever be called difficult.  Some of the cut scenes are amusing, if not for the over acting on some of the characters parts, but like I said, if you aren’t fan of B-Movies then you may be rolling your eyes throughout the story.  There are a few scares and unnerving moments here and if that’s all you are looking for, The Eerie Inn does deliver.

What would I pay? $5 is fine for this.  It’s like playing through a short Horror B-Movie and has a few scary moments.

VDimension provided a code for this title and, regardless of this review, we thank them for that!