“One small step for man…one giant leap for mankind”. Immortal words uttered my NASA astronaut Neil Armstrong as he first stepped foot onto the moons’ surface.  I was there to witness the whole scene, observing and taking part in one of earth’s greatest achievements…well kind of.  Thanks to Immersive VR educations’ VR experience, Apollo 11, it sure felt like I was there. 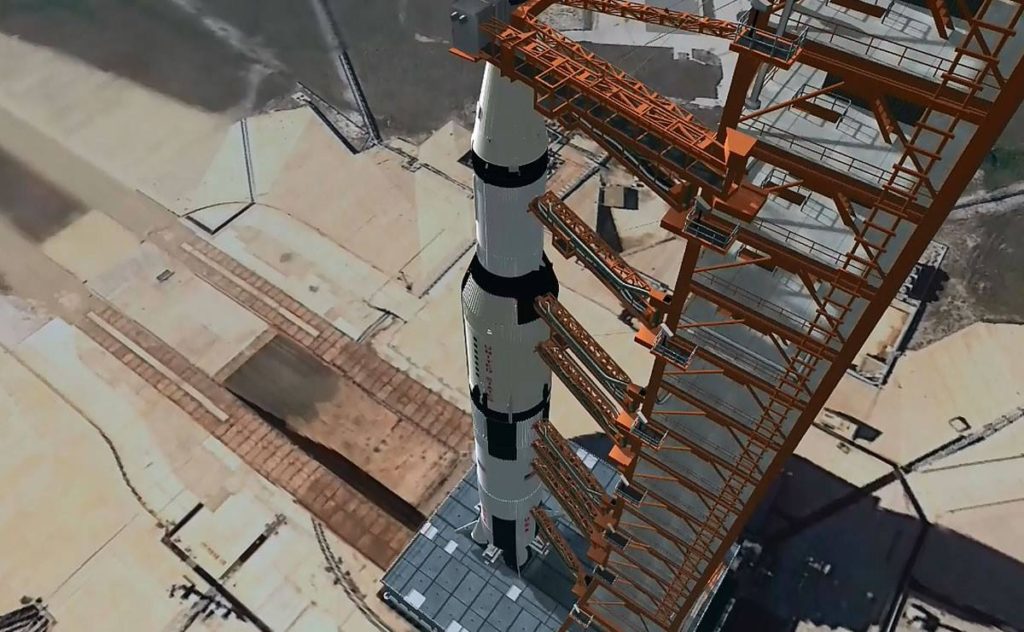 Where your journey begins.

Not so much a game (although there are some game elements), but a scene driven story of the expedition commencing July 1969; complete from watching JFK’s speech in a TV lounge about researching the stars and exploration, to shuttle takeoff, moon orbit and eventually re-entry. Made up of 11 Scenes, each takes an important step in the journey to the moon and back with whole experience taking roughly an hour and a half to complete. These scenes do vary in terms of graphical, interest and interactive quality but more on those later.

Upon start up, you are presented with the options of a cinematic guide where you just sit back and relax, while the interaction option has you (at various times) attempting to manually dock the shuttle mid-flight and trying to land the lunar shuttle on the surface of the moon. I found both to be incredibly tricky with precise maneuvering needed and after many futile attempts I gave up, instead opting to let the program software do it for me. The other game elements were far more forgiving as you progress on your moon walk, take photos and collect samples.

The introduction advises that headphones be worn to fully appreciate the experience and it certainly does add greatly to the immersion factor as interviews, orchestral music, historical audio of recorded chatter and radio communication from the astronauts and NASA complement the visuals.

Regarding the visuals, it seems like an experience of two halves, the cockpit views in the shuttle/lander and upon entering the launch pad where incredibly detailed and realistic. The myriad of dials, buttons and readouts on the dashboard coupled with the views out of the side windows highlighting your ascension into space are breathtaking. On the other hand, your copilots sitting next you in comparison are rudimentary models. It’s also a disappointment that while you can view your own body and arms you cannot move your hands around, flick switches, press buttons etc. which would have added to the immersion.

Similarly, the outside scenes of the shuttle are crisp and complex while the earth and moon look flat.  Though the interior views had me gasping in awe.  The exterior views, on the other hand, just felt drab and uninteresting. 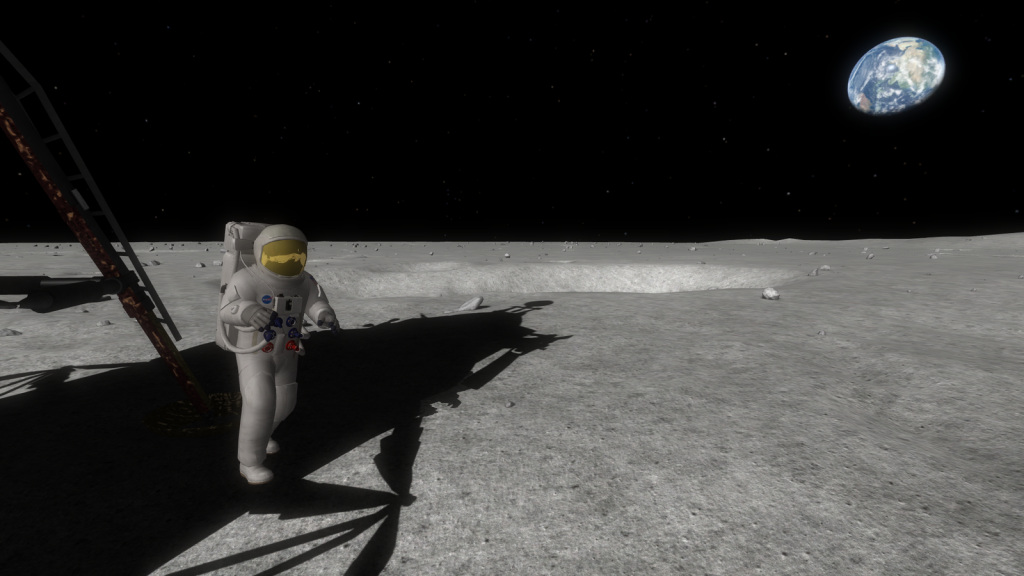 As the Police sang…”Walking on the moon.”

It’s an experience which I can’t imagine too many repeated viewings once completed.  You are given the option of replaying any of the 11 scenes again so for anyone wanting to show off their VR headset then this is ideal just to watch your guests reenact the best scenes and be awed.

For anyone who has even a passing interest in space travel and exploration, they will fully appreciate the attention to detail, the interesting facts and the thoughts of the astronauts as they journeyed into the unknown. It’s a filmic simulation and one which provides an entertaining evening, a valuable insight into history and the nearest that anyone can feel what it was like to be in the shoes (or moon boots) of Armstrong and Aldrin.

What would I pay? At £9.49 it’s a couple of hours of entertainment, and although does not possess much in the way of replay value, it’s quality entertainment and a great way to experience a pivotal moment in history.