Do you enjoy flying games? Then have a seat because you’re in for one heck of a ride! What’s contained in this review is actually two separate games combined into 1 review. In Final Approach you use your motion controllers to run everything from airports to dog fights. You land planes, put out fires, rescue citizens, and even fight aliens! This game has a bit of everything. In Final Approach: Pilot Edition you use a game pad for the same missions, changing out how the game plays and adding in an additional viewpoint.  No matter which version you choose, these experiences are great fun for the whole family! 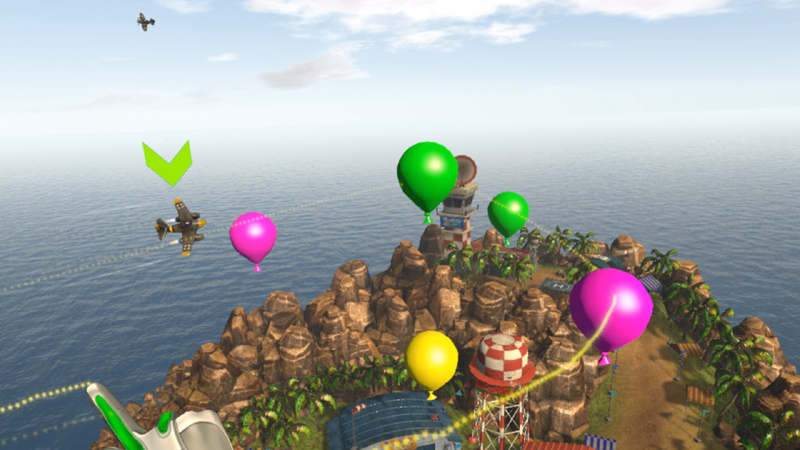 Just draw the path with your finger and watch the action unfold!

The game(s) puts you in charge of landing planes and helicopters safely without crashing them into surround buildings and objects. It’s a simple concept and, as you progress, throws a variety of interesting levels your way. Running and guiding helicopters around a large city, military exercises, and air shows are a few of the things they do. In the standard edition, you direct the flight path with your motion controller to guide the plane/jet/helicopter where it needs to go  In the Pilot Edition, you take control of the whatever you are flying and direct it with the gamepad giving this version a different feel. Despite the simplicity of the game, I was kept highly entertained by the wide variety of tasks and multitasking asked of me. There are also lots of things that need a more hands-on approach. You will clear birds from runways, put out flaming helicopters, throw life preservers to sailors in shark infested waters, sort luggage, and shoot down planes from a mounted turret as well as much more.  All these additional tasks may occasionally feel mundane, but I can assure you that they are mostly fun and mix up the gameplay nicely!

The graphics are cartoonish in style and are pretty nice looking.  All the differing aircraft have a lot of detail and you can see a definite love of aviation in the designs and paint jobs. There is a large variety of planes, helicopters, jets, drones, and even UFOs offered here, though the majority of vehicles are the different types of planes. They’ve got little single engines, World War Two era bombers, stunt planes, and many more. The airports and cities were shown lots of love as well, while they are more compact versions of the metropolitan airport or the big city skyscrapers in the real world, the developers put a good effort into fitting everything they could into your play space. 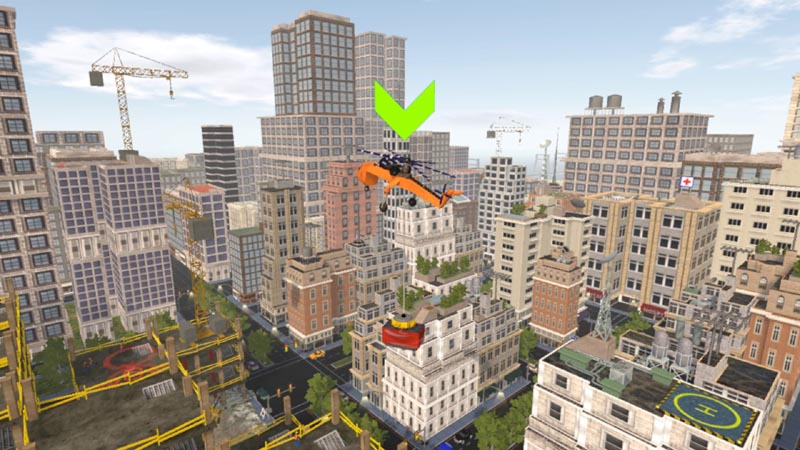 The landscapes to a great job at establishing scale

The voice acting is also top notch with a lot of chatty characters, though you’ll typically hear from the old man who likes to give you a hard time more than the others. The sound effects add a nice touch to the game as you hear helicopters and jet engines whiz by your head or the crackle of flames as you rush to put out a fire. The main one I kept hearing though were the explosions… I may have crashed a lot of planes and destroyed a good amount of baggage cars, but it was all in good fun.

As stated before, the controls in Final Approach are easy enough, just guide your planes in by drawing a path with your touch controllers and the aircraft follows the path. In the Pilot Edition you get to take control of the aircraft through a third person view and control the airspeed of the craft as you guide it in. Beware those who have trouble with motion sickness as the Pilot Edition may be bit rough on the guts for those new to Virtual Reality. When you beat a level there is a star system which will have the perfectionist in you going back to get that third star. 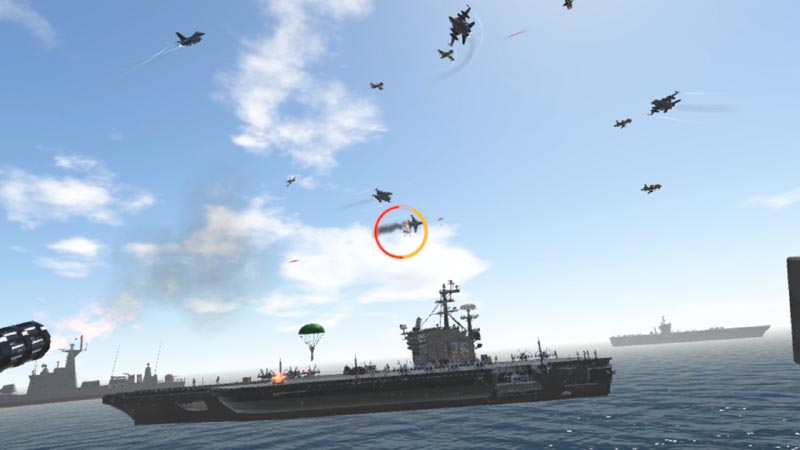 The action gets pretty hectic, especially when your at the wheel

Overall, either version of the game is great and I’ve spent many hours enjoying both. This is wholesome fun for the whole family and a nice change of pace with many VR games seemingly geared more for adult audience. The variety in mission objectives and the multiple gameplay options keep this feeling fresh even after hours of play.  Either version of Final Approach will keep you coming back for more over and over again, and ultimately it just depends on how you want to control your planes.

What would I pay? At the current price of $14.99 you’re getting a good deal, in my opinion, no matter which version you decide to go with. There are a lot of levels offered here and while it starts out incredibly easy, it gets pretty tough towards the end. Add on that they remade the game so you can have more control over the planes (Or for those unlucky few of you left out there without motion controllers) it would still be a bargain at $20. If they added a cockpit view for pilot edition and made the game compatible with flight stick controllers I’d easily drop a lot more on pilot edition alone.

Phaser Lock Interactive provided theVRgrid.com with a review code for these games and, regardless of this review, we thank them for that!