Racoon Lagoon is a friendly and casual collectathon type game.  The goal of this game is simple with you performing a variety of fetch quests for various creatures who have been stranded on your island.  Completing said tasks rewards you with various items and unlocks to further help you grow and expand your island. 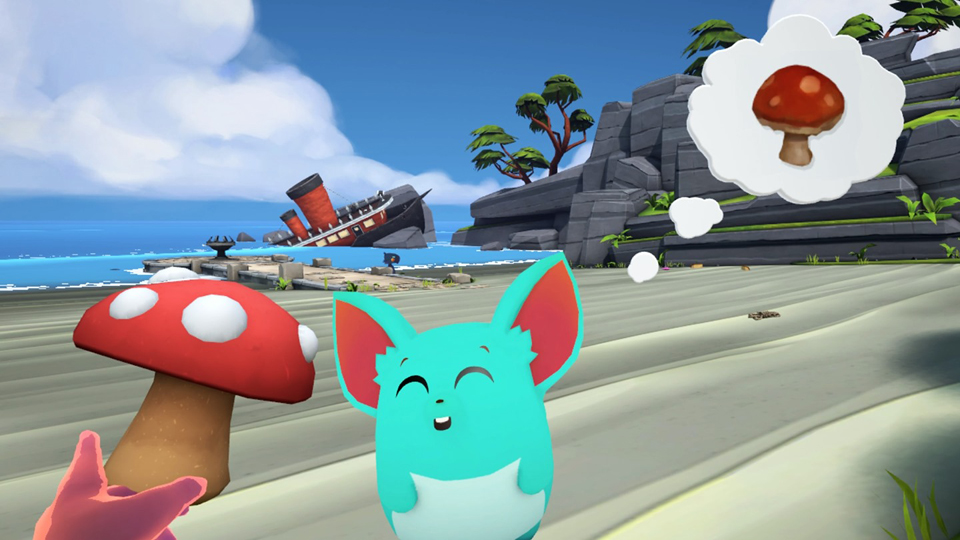 Everything in here is just so friendly and happy!

You need touch controllers for this one as it plays like any traditional VR first person title.  Walking around the island and talking to the animals is reminiscent of classic Nintendo titles, with animals talking to you with speech bubbles only, but only feature pictures of the items or objects they want.  A fetch quest later you return to them, they react to you in happy fashion and give you your just rewards whether it’s a new tool, item needed for another quest or hearts which unlock more areas of the island.  You may be tasked with mining rocks, cutting down trees, fishing or 1 of any number of mini jobs and each of these actions requires you to perform them as if you would in real life, though simplifying them for the game.  There is an upgrade system for your settlements and your tools to further motivate you into helping your new island companions.

Visuals are almost identical between the Rift and Quest versions of the game with only a slight, barely noticeable downgrade on the Quest side of things in regard to the visuals.  Graphically it’s a mix between a simple cartoonish art style with some extra attention to the environmental details, specifically the quiet storm that rolls in, signifying the end of each in-game day.  Unlocking a new area of the island will give you an all new environment to explore from forest type stages, beach areas, underground mines and many more.  The creatures all look cute and animate nicely as do the smaller animations when stuff gets added to your inventory with overall package having a very cohesive style.  I never had any graphical issues on either headset and you can tell the developers spent a lot of time refining the look of this game as it has a ton of polish. 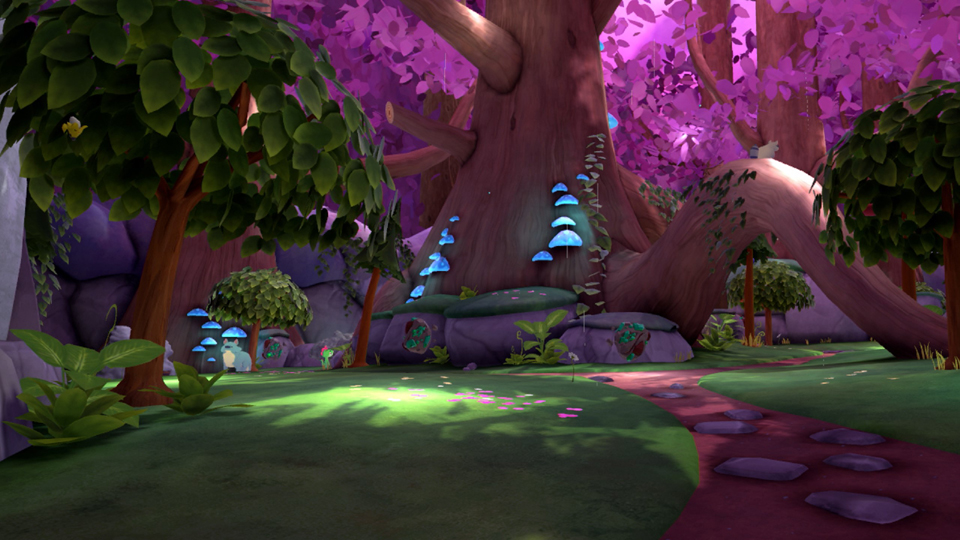 The environments you visit all look great!

Audio is equally on point and while nothing here is truly amazing, every sound effect matches the action perfectly making the presentation here feel seamless and refined.  Friendly, harmless music accompanies you on your quests making this a game that just about anyone could sit down and enjoy.

Many people have compared this to Animal Crossing, and I think the statement is fairly apt.  You are living on an island where you must help all these castaways while you collect resources to grow your town.  It’s a relaxing and fun experience and I enjoyed all the little jobs I had to do whether it be shaking trees to get bananas, fish in a nearby stream or paint objects.  It’s a relaxing experience that never pressures you to do anything but asks you in a very nice way if you would like to, allowing you to play at whatever pace you want.  There is a multiplayer component in here as well which allows you to visit other islands and vice versa and enjoy a friendly get together as you see what others are up to.  I did run into a few game crashes throughout my play though a post-launch patch seems to have remedied these issues, but I thought I’d bring it up here as it did happen to me on multiple occasions. 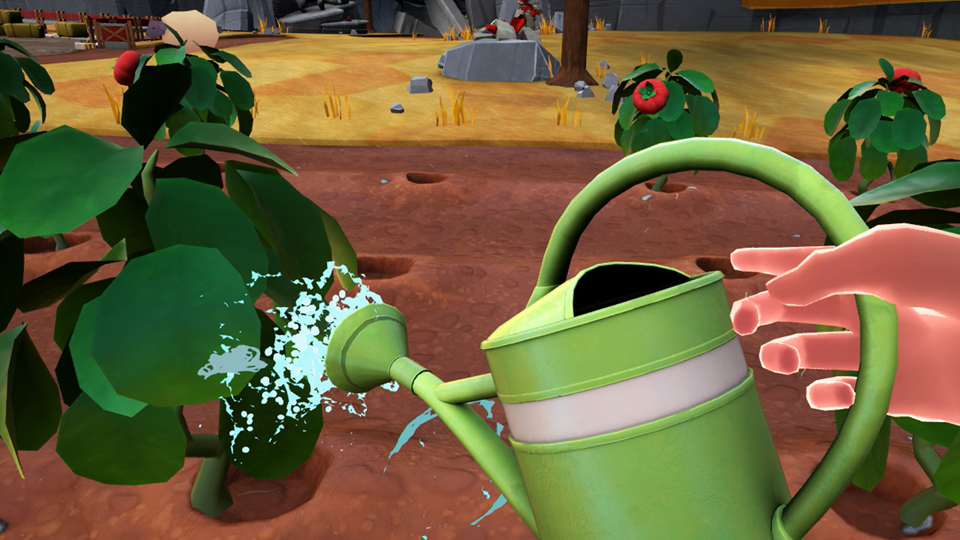 So many jobs to perform!

Racoon Lagoon may not appeal to those with more casual gaming appetites for everyone else, this is a great game with tons of items to find a collect, jobs to perform and customization elements as you expand and explore you little island.  If you enjoy games with a more family-friendly feel, then I bet you’ll pull a lot out off this one.

What would I pay?  This is easily with the $15 price tag if you like more casual games as it offers hours and hours of gameplay.  Many tasks repeat themselves fairly often, but for those looking for a calm and cute experience with tons to do, it’s hard to get better than this.

Hidden Path Entertainment provided The VR Grid with a press code for this title and, regardless of this review, we thank them for that!