Penn and Teller: Frankly Unfair, Unkind, Unnecessary and Underhanded is not a game, or at the very least, not a traditional one.  The premise of Penn and Teller VR is to mess with you and your friends; playing practical tricks on them while they are in the headset making them look the fool or by playing through a variety of experiences designed to utilize the strengths and weaknesses of VR. 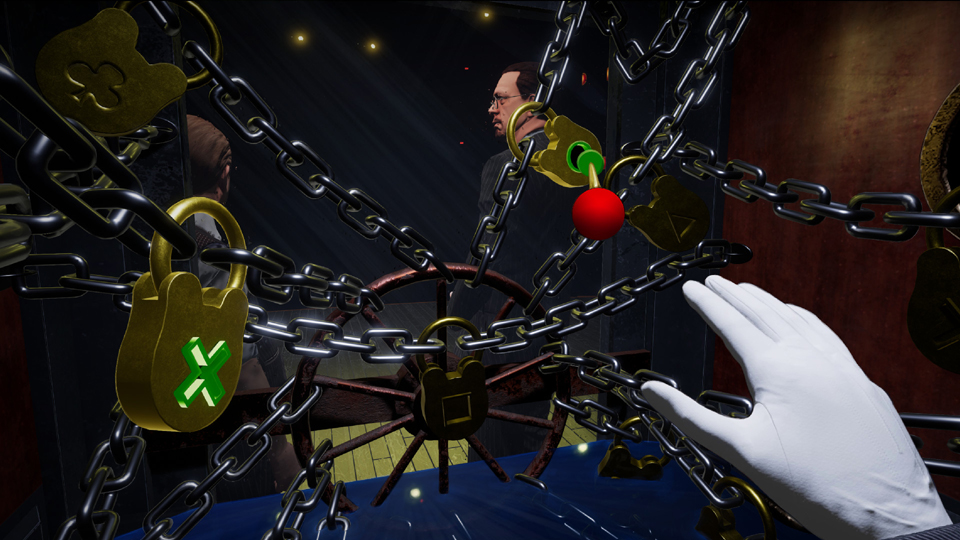 Hmmmm…easier said then done I suppose.

So, the controls here are “mini-game” dependent and you’ll need 2 tracked motion controllers no matter what headset you play this on.  Each prank involves you becoming familiar with it by watching a video where Penn & Teller break down exactly how to pull the prank off.  The videos can be a little on the lengthy side, but the pranks are relatively simple and once you go through the video once, that should be all you need to get going.  Of course, there is demo mode of sorts that lets you play through each prank yourself so you can experience exactly what your patsy will be seeing or doing.  Most of the pranks involving both you and a friend have you messing with them in some way whether it be just shaking them at a key moment or placing bugs on them after they view a VR bug show and a few others that mix the real and the virtual worlds in comedic fashion.  Some of these pranks are clever, others are rather shallow but no matter which game you pick, you’ll have to familiarize yourself with the joke to really pull them off.  The single player stuff is more tech-demo then anything and is still designed to mess with you in Penn and Teller fashion by placing you in a few tricks or just having you watch a scene unfold. 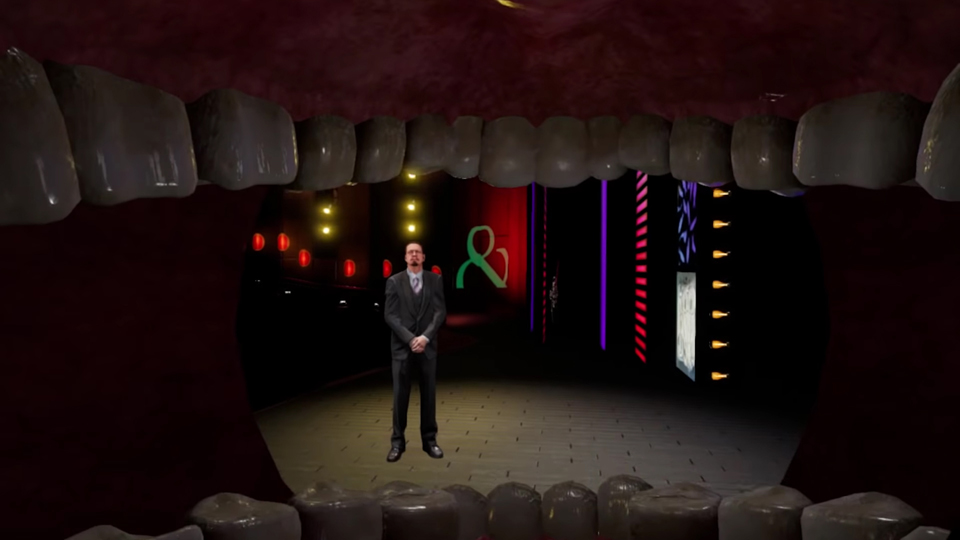 This is the view from inside Teller’s mouth as he catches bullets!

Penn and Teller VR looks alright though I don’t think anything in here is going to blow people away.  It’s a casual, oftentimes passive experience, and you can tell the devs were more focused on what VR can do to a user then trying to present the best visuals VR has to offer.   Virtual versions of Penn and Teller are part of a few bits and look alright though I found their animations to be a tad stiff.  You’ll find yourself on stage with the duo as they break down the next bit or some more randomized locales like a holodeck looking room, Penn’s office, a diorama where spiders drop down, on the side of a building where you clean windows and a few more.  For the most part the visuals get the job done but you can see where shortcuts were taken in some scenes, like the window cleaning one, where some of the nearby stuff looks fantastic, but the city behind you in the distance looks rough.  With all this said though, unless you are learning a trick or playing through the single player content, you won’t even be in the headset most of the time as your victims will be the ones visiting the virtual world.

If you are a fan of Penn and Tellers humoristic stylings, then you’ll be happy to see them in here both digitally recreated and in video form.  A lot of dialogue was recorded with Penn narrating most of the experience while Teller is typically beside him ever playing the silent partner.  Jokes are made at both yours and your victims’ expense and it was treat to be part of a few of these gags on stage with Penn & Teller nearby, putting on a show.  Some of the scenarios you’ll be in involve some light friendly music or whatever is called for in that situation making for a fun and entertaining experience. 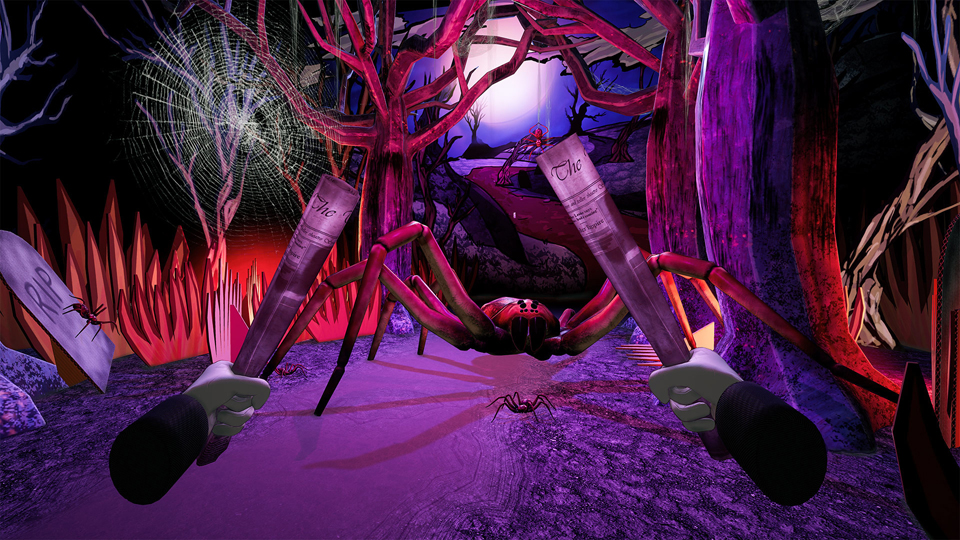 I don’t think newspaper is going to cut it!

The core of this experience is for you to prank your friends while they are in the headset.  As such, you won’t be wearing the headset, except when you 1st learn how the tricks works, or if you want to play through the handful of single player experiences. As such, if you don’t plan on playing with others, the content value here is incredibly light. You can enjoy reading an entire E-book as Penn while he sits at a desk, reading quite slowly or watch Penn and Teller breakdown a ball in the cup trick along with a few others but the crux here is messing with people.  In this regard, those who are unfamiliar with VR make for better victims as a few of these tricks involve the user to be ignorant to today’s tech limitations.  A few tricks have your victims getting dirty by smashing an egg they didn’t know would be under their hands or just placing their hand in whatever custom goop you concoct.  A rock, paper, scissors game has you and your friend facing off with the trick being that you can put your hand in auto mode, allowing you to sneak out of the room and do whatever you want while your pal loses almost every round of the game against an unfair AI opponent he thinks is you.  Most of these tricks are clever and fun to set up and it’s always entertaining when you successfully mess with someone in the headset. 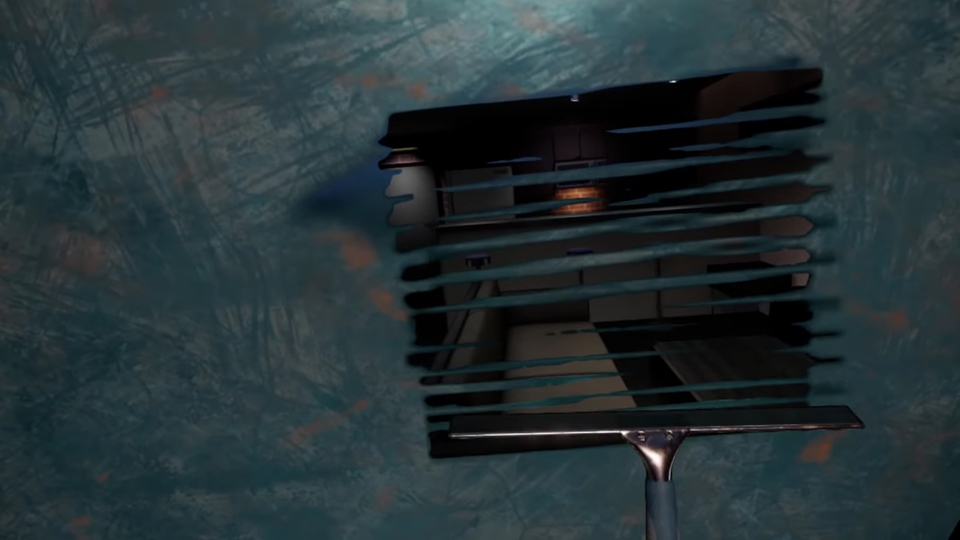 I was amused by this one!

When it’s all said and done, Penn and Teller is a fun way to showcase VR to others.  The few single player experiences are fun enough, but Penn and Teller VR’s strength lies in the social element so if you don’t want to share this experience with others, there isn’t much else here to do.  The dry and witty humor of this entertaining duo remains perfectly intact and the efforts that have gone into a few of these gags makes this a game to recommend for your next social gathering.

What would I pay?  The $20 asking price for this is fair.  Even messing with a few friends justifies that cost with some clever tricks that are easy to repeat with a few people.  I’ll say it again though, if you aren’t much of a social butterfly, this just isn’t for you.

Gearbox Publishing provided The VR GRid with a press code for this title and, regardless of this review, we thank them for that!