ZED is a first-person exploration/puzzler where you play through an aging artists memory.  Now suffering from dementia, you’ll travel back through the artists life in a struggle to come to terms with his own histories while trying piece together a lasting gift he can give to his grand daughter. 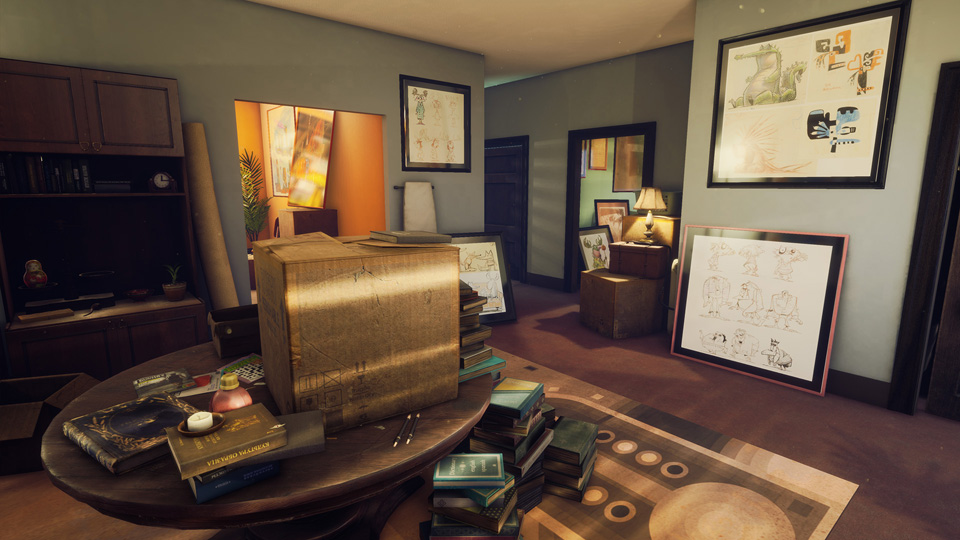 Check out your house!

ZED’s largest misstep has to be the VR controls, which consist of click-turning and teleportation with no other options currently available.  Using the thumb sticks, you need to push forward to bring up the teleportation arrow and to face a particular direction when you move, you can turn the landing arrow, so you’ll be facing in the direction you want.  At this point, having this system as the only one in the game just feels archaic, especially when combined with click-turning.  The environments range in size from fairly small to very large, but you’re typically restricted to smaller paths and that directional option when you teleport tended to not always face forward causing me to slightly turn when I didn’t intend to, which was a little annoying.  Each of the 6 stages are broken up into smaller stages, all centered around the memories of the protagonist, and contain items to find that trigger further memories.  Each stage has 4 items to find and once you find them, a sliding puzzle appears that you must rearrange until it creates a picture.  Somewhere in each stage is the finished picture should you need a clue, but they only consist of 9 pieces and rarely offer much challenge with the end game explaining the meaning behind all those pictures.

The visuals in ZED are striking at times offering some fun looks back at the narrators past life or those moments in between when his dementia takes hold, showcasing a world stitched together by art, crazy machines and an overall surreal vibe that looks pretty slick in VR.  You are bodiless, save for your VR hands, and while the individual stages look great; from the inside of a family home, the neighborhood streets on Halloween night, sewers, the site of a car crash and many more but lack the interactivity we have come to expect in VR.  This can be explained away by the fact that these levels are essentially snapshots of the past, but that lack of interaction does make these stages feel rather hollow.  The level of detail in them great, especially during the stages that start to get a little artsy, with giant floating heads, twisted staircases and so many other slick visual moments.  It’s not the prettiest VR game I have ever seen, but the stages and stage design in some of them are a definite highlight. 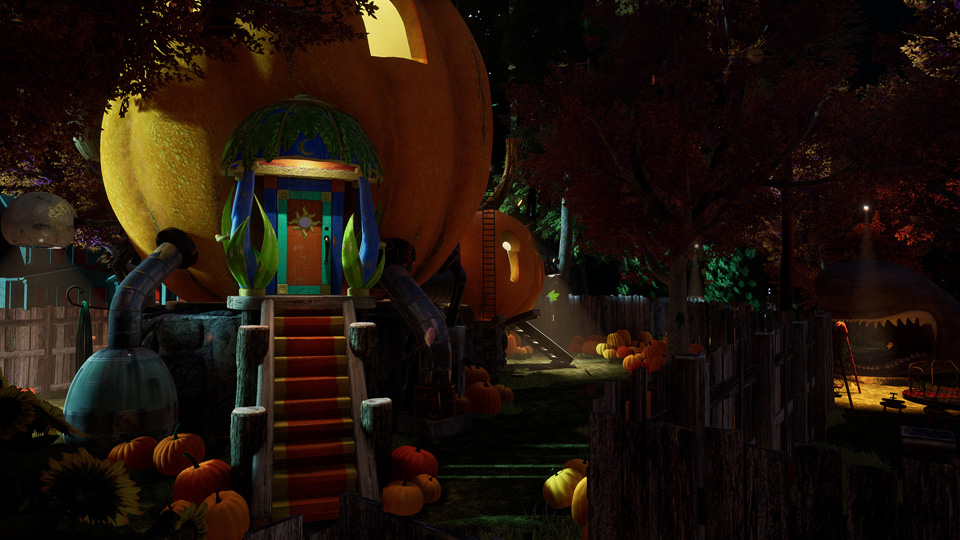 The audio is arguably the high point in ZED with entire experience being narrated by one actor who does a decent job at relating to his emotions and memories and even talking and arguing with himself as he recalls the past.  The music is on par with many melodic and subdued tunes falling into the background but accompany every scene wonderfully.  In a story as narrative heavy as this is, it’s great that they hired an actor who could take on such a complex role and deliver a soundtrack that adds to the emotion in each stage.

As I said, ZED is a narrative heavy tale with minimal interaction and a large emphasis on the listening to the artist’s tale.   This is a dramatic re-retelling of his life, centered around his most famous creation, ZED, a popular cartoon character.  As such, I think it’s worth noting that while the story takes some twists and turns, this is very much a story riddled with personal drama and trauma that just won’t be for everyone.  The core of this game is you getting emotionally attached to the narrator and his life events and while the story is interesting, I never felt connected to the events that transpired in the game.  As such, by around the halfway point, I had stopped reading the memories of found item, stopped exploring the stages any more then I had to and even stopped looking for stuffies, which can be found throughout the game and give you an achievement, as well as something else to do.  I found the story went on a little too long and by the time I finished I was happy it was over.   There are highs and lows throughout the game, and they do lead to a satisfying conclusion but when combined with the minimal gameplay and cumbersome VR controls, it just became a chore to get to the end of the game. 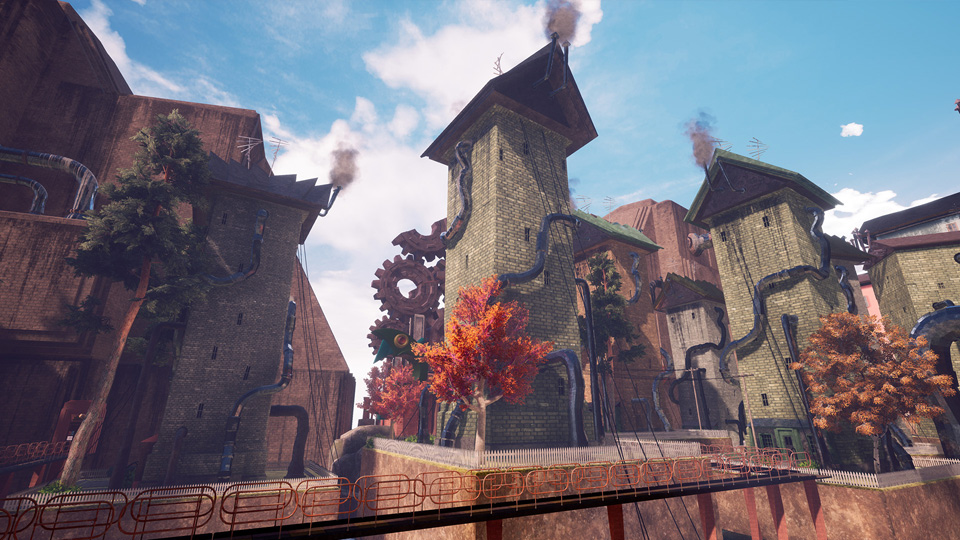 Some of the places you visit get a little surreal.

ZED ends up being a mish mash of good ideas marred by a poor use of VR and a story that goes on a bit too long.  For those looking for a narrative VR story, I think it does deliver enough to warrant a look, but if you are looking for interactive VR worlds or a little more game besides light exploration and sliding puzzles, this just won’t be for you.

What would I pay?  This is $18 US and offers a story that will take 3 hours to get through, giving it some decent value.  If you are into dramatic and slower paced games, movies or TV shows then I think ZED was built for people like you.  For anyone else though, you should probably pass unless you see it on sale.

Cyan Ventures provided The VR GRid with a press code for this title and, regardless of this review, we thank them for that!