High Noon VR has more depth than a typical wave shooter, but that doesn’t hide the fact that, at its core, it’s still another wave shooter. That said, it is currently my favorite game in that genre, so there’s that. 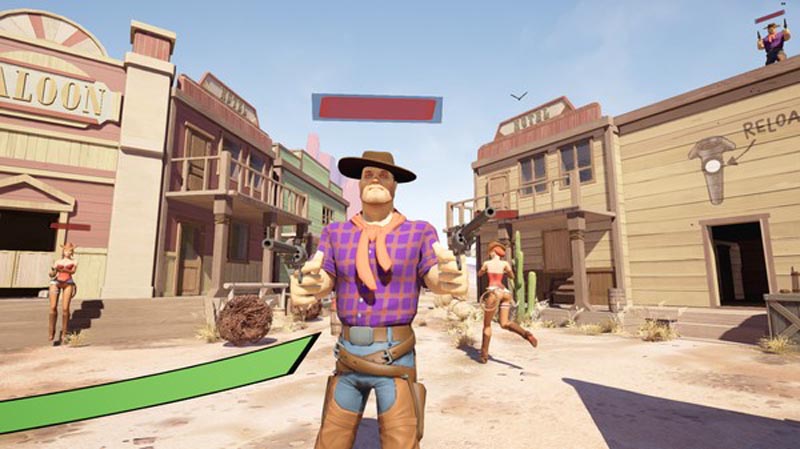 Is that an ascot?

High Noon VR’s opening plays like any classic western. You stand in the middle of a small town, faced against men and women who pop out of saloons and houses all armed and ready to take you out. You can either move from level to level in a “story mode” that is just there for the sake of unlocking levels, or you can play any unlocked level on its own.

The gunplay feels great. The pistols all feel good to shoot, and the shotguns don’t feel under or overpowered. There are quite a few guns to unlock, and each gun has a few tiers of upgrades, all of which feel substantial. It doesn’t take forever to unlock the guns you want, as you can pick and choose which weapons to unlock. Some guns work better in combination with others, and there is a weapon that hooks enemies and brings them to you that is great fun to play with. I expected the minigun to be overpowered and ruin the balance of the game, but I found myself dying quite a few times while using it, so strategy and thought is still required when using even the best guns. I would love to see this game get multiplayer, like Dead & Buried, but the single player does feel like there is enough content. 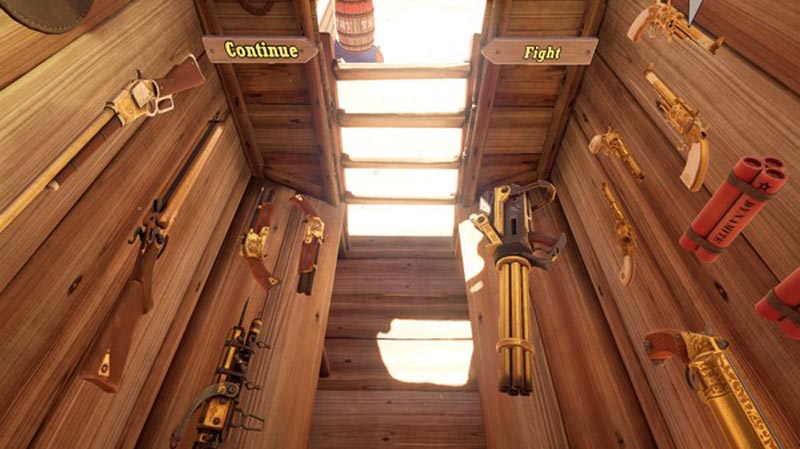 After playing for 2 hours straight, I still wanted to keep playing although my girlfriend assured me I really had other things I should be doing. This does bring me to one of my few complaints. This game can probably be finished in about 6-7 hours but there is little in the way of replayablility and once everything is unlocked it feels like you’ve seen everything. That said, for the asking price, you do get a fair bit of content.

Visually the game looks great. A cartoony old west setting really feels unique, and there weren’t any graphical issues I ran into, even on a GTX 970. The attire the cowboys wear looks perfect, but I’d like to see a little more variety in enemy types. The level bosses look great and I’d like to see more generic enemies styled with as much thought as the bosses. The cowgirls look… interesting. I was a little disappointed to see them rendered as semi oversexualized, and I honestly don’t think it looks like some of them are wearing pants. I’d like to see their clothing given a little more thought.

The audio in the game is good, although nothing particular of note. The sound effects and light music serve the game well, and help make the setting believable. 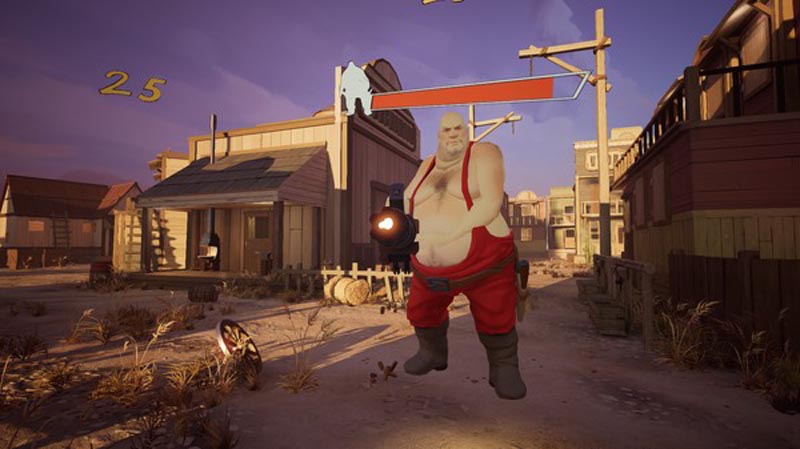 The bigger they are….

It is lots of fun to play, and has enough upgrades and guns to keep you coming back for more. Unfortunately, once you’ve beaten the game, there is not loads of replay value if you are tired of wave shooters. If you are a fan of wave shooters or the wild west, I highly recommend this game, and I think it would be a good title to introduce people to VR with as well.

What would I pay? I would pay about $10 for High Noon VR, which is great because it sells for 9.99 and I’ve seen it on sale for cheaper than that!

Buka Entertainment provided The VR Grid with a review code for this title and, regarldess of this review, we thank them for that!