It’s interactive experience time folks.  Once Upon a Time in Peekskill tells the true crime story of 16 year-old, Jeffrey Deskovic, wrongfully convicted and sentenced to life in prison for the rape and murder of his classmate.

This is a 3D 180 degree film that places you in a few different settings with each detailing the events surrounding Angela Correa’s tragic fate.  Beyond just watching the film is the option to analyze specific items in each scene that relate to the case.  After you view a scene you can revisit it and look at items like a cell phone or notes to further gather information about the events in the film.  As this is a cinematic experience, there isn’t much to do besides watch and analyze each scene which is perfectly alright and should you want to check something out that you may have missed, you can rewind, fast forward, pause and replay the scene. 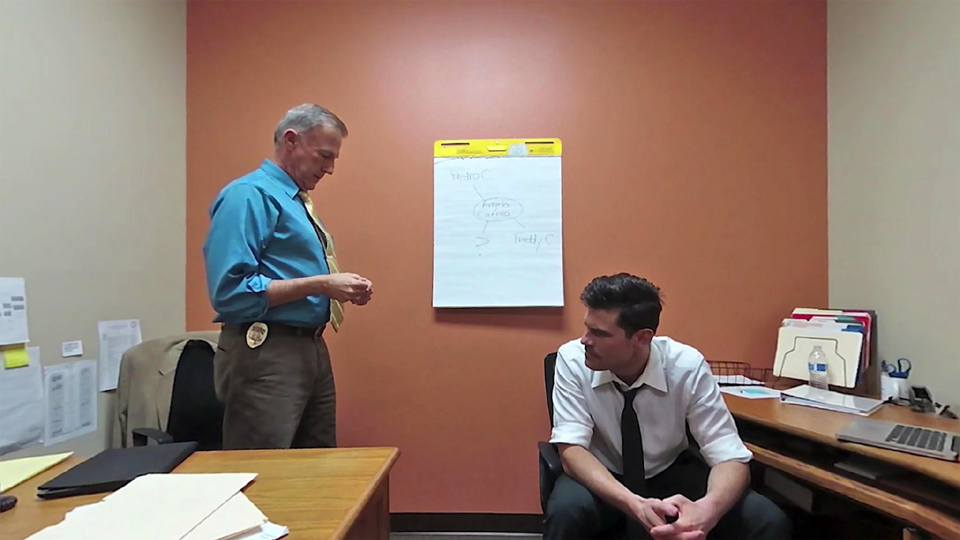 Meet the cops on the case.

As this is a 180 degree VR film all the action happens in front of you and is made readily apparent by looking to far left or right which showcases the hard black edges where the films edges are.  Beyond that you experience a few scenes mainly featuring actors portraying Jefferey and the police officers in charge of the case.  This is 3D but you really need to keep you head relatively still as any movement slightly shifts the camera in the opposite direction of your head turn.  Not enough to affect anything or ruin the presentation, but it did distract me one I noticed it.  Otherwise you just sit back and enjoy the performances and take in the facts of the case as they are laid out in each scene.

The performances are the star of the show and are commendable, if not a little underwhelming.  Each scene seems to have been shot all in one take having this come off as more of play then a cinematic experience and I greatly appreciate long shots like this as they demand a lot from cast and crew.  No music plays which adds to the realism in each scene and the actors all do fine enough jobs in their respective roles.

Peekskill’s largest issues is the lack of content and I don’t mean that’s it’s a rip off or anything like that but because this is the first chapter in a planned series, it doesn’t really feel like the story has started by the end of this 30 minute mini movie.  We are introduced to a select few characters and given very little background into the crime committed save for the reactions of the 3 central characters in here.  I don’t know to much about this case beyond the store description but this 1st chapter feels more like a prologue then the start of a story and I really would like to know where this is going.  I appreciate the extra level of immersion by allowing us to view evidence and documents relating to the case and also the branching path design in which the story is told, which allows you to view events from each character that happened at around the same time so if you wanted you can follow one characters story line or the others though in this 1st chapter, that is currently limited to one option. 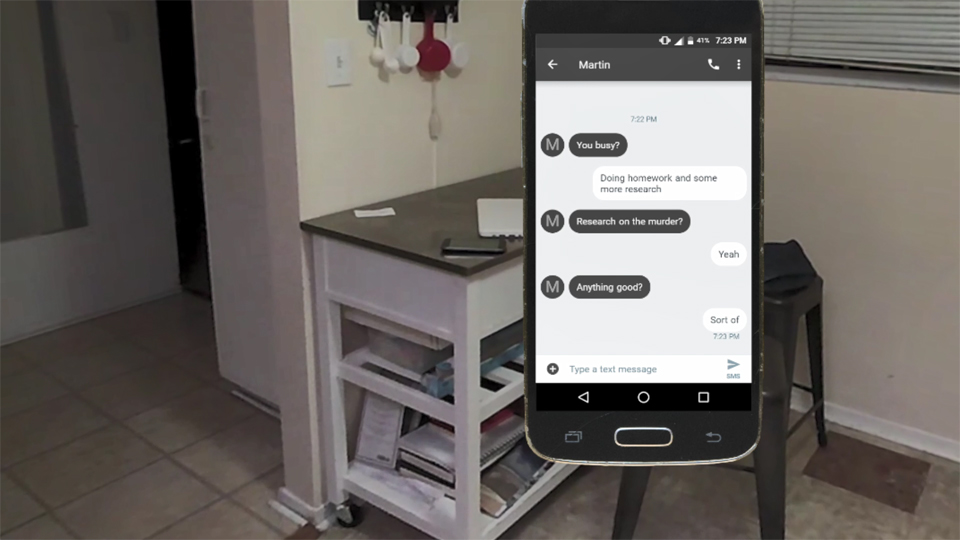 Each scene has 1 or 2 items you can take a closer look at.

As this is the story about Jeffery’s wrongful conviction I do want to know more and I would like to watch this VR movie version of the events before I go seeking answers on my own which could be an issue.  As it stands now this 1st episode is the only one available and the release of future chapters is relying heavily upon reception and sales with 2 more episodes planned between now and August covering Jeffery’s teenage years.  It’s a story I want to watch, but the uncertainty of the developers seeing it to conclusion may turn many off of this until more episodes are released.  I think this is a solid effort and I do hope it sees support, if not just for the interesting use of VR.

What would I pay? This is $3 and worth it.  If you are into watching reenactments of true crime events in VR then I think you’ll dig this.  It’s a unique way to tell a story and I really want to see how it’s going to play out.

Think Ten Media Group provided The VR Grid with a press code for this title and, regardless of this review, we thank them for that!