Twobit Odyssey is a platform puzzler utilizing some very simply controls to maximum effect.  You are a bodiless form and you witness Twobit, a small spherical robot, awaken in this this strange, ruined place.  From here you must guide that little robot through 8 stages, each more difficult to from the last to its dramatic conclusion. 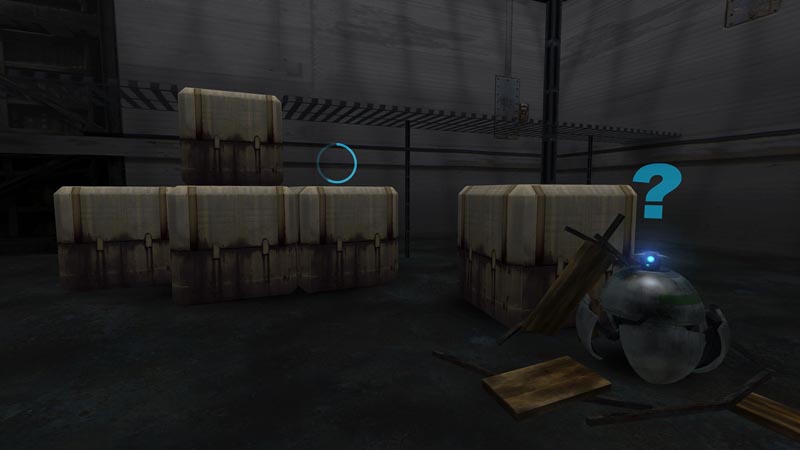 Meet Twobit…now tell him what to do!

It’s only the headset touchpad utilized here and it’s used wonderfully.  Twobit looks to you for guidance and you can tell him to go wherever you want in a level by simply looking at that spot and waiting for the reticle to fill.  If you have to trigger any buttons, it’s the exact same mechanic.  Tapping on the touchpad will stop Twobit from his current task and tapping it again allows you to give Twobit his next command.  One nice touch is that when confronted with a switch, Twobit will ask you ‘Yes’ or ‘No’ before hitting it and you are required to nod or shake your head to direct him what to do.  Every time I encountered this mechanic, I love it!  It’s such a simple use of a VR headset, but it works wonders and adds greatly to the immersion factor.  One last gameplay element is the ability to see the level through Twobits’ eyes which allows you to see energy patterns through walls and provide some clues as to what your next step may be.

The game looks really good, like surprisingly good.  Each of the 8 stages looks similar to each other with metal walls and floors comprising most of the environments.  Twobit rolls around and looks like a steel ball.  When he stops and unfolds it always looks sweet with his 4 legs separating from its body and his little lit up head popping out to look at you or whatever he’s looking at.  In truth, he reminds me of BB8 from Star Wars and carries some similar charm as well with his beeps and boops.  Each stage changes up just enough to never feel repetitious and the overall look and polish makes this one of the better-looking games for the headset. 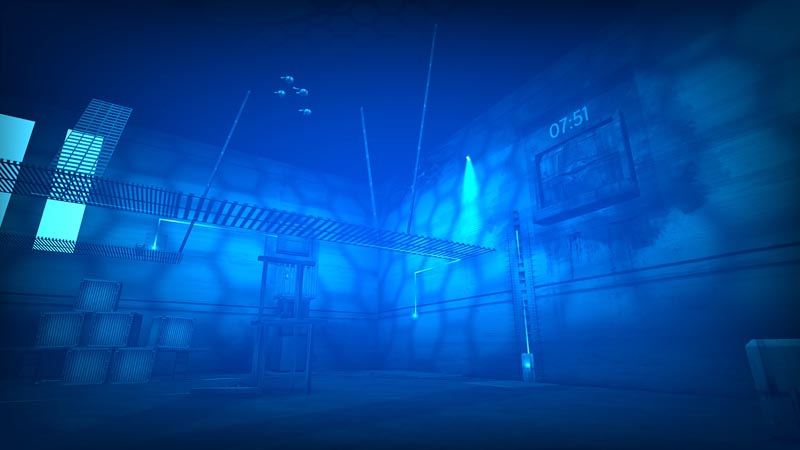 The audio is on par as well with some nice 3D audio that lets you know where to look when it’s not readily apparent what exactly you have done.  Twobit rolls all over and sounds like he has some significant weight and everything around you sounds active and busy, especially each levels’ more unique additions.

8 Stages may seem light, but I can assure you that each one is more fun than the last.  While the 1st stage is nothing more than a tutorial, every stage gets more complicated than its predecessor.  Initially, it’s just some switches you need to mess with but later levels add timers, other robots to take over, pressure plates and a few more surprises that I won’t ruin.  Half the stages have 10 minute timers and don’t offer much leniency as far as screw-ups go and I had to repeat all of them at least once before I finally figured out all that was being asked of me.  I loved the puzzles here, and when combined with the charming visual style, I was totally engrossed into conquering each stage as fast as I could.

I did encounter a few issues during my playthrough.  Occasionally, Twobit takes some odd routes or gets stuck in the environment forcing me to redirect him and costing me precious seconds.  The last stage had a pressure plate that I couldn’t trigger and forced a level restart.  None of these were ever game breaking and even when I was forced to restart a stage, it only takes a few minutes to get back to where you left off. 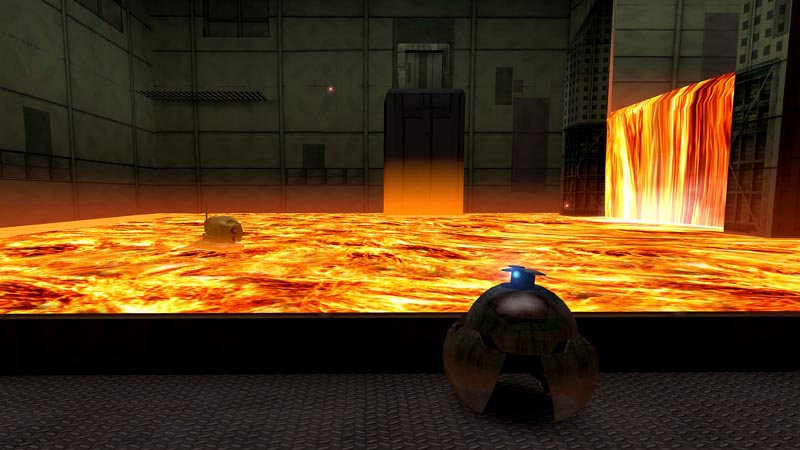 The levels get a little more intense as the game progresses

This was a nice surprise and those that love puzzles are sure to have as much fun as I did.  I think I spent close to 2 hours playing Twobit Odyssey and while those smarter than I will probably beat it sooner than that, it still offers, at the very least, a solid hour of entertainment.  High quality presentation, intuitive puzzles and a story/ending that I never some coming.  Pick this up!

What would I pay?  This is a great deal for $4 and is one of my highlight Gear VR experiences.  If you enjoy tickling your brain just a little then pick this up!

Squidbeam Games provided The VR Grid with a review code for this game and, regardless of this review, we thank them for that!