Escape Artist: The Trial is a decent escape-room experience that excels in some ways, but feels like a free demo for a bigger game. It’s well-designed, using an environment and puzzles that would suit a full game very well. However, this title contains few clever puzzles and ends just as soon as it begins. It’s not a bad game, but it’s ultimately quite forgettable. 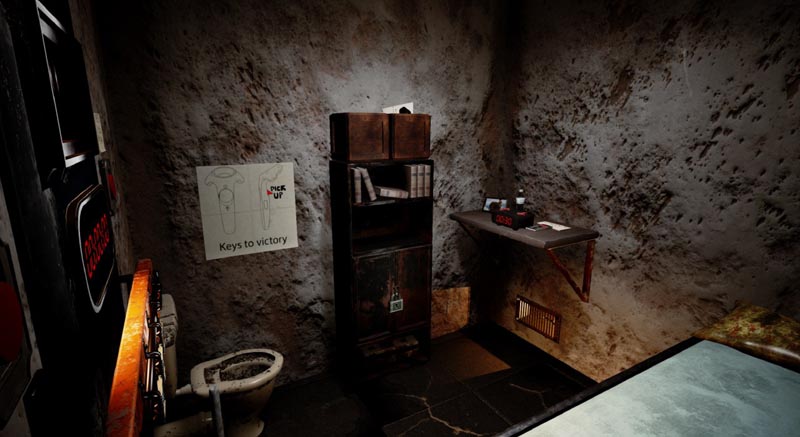 Welcome to your prison!

The protagonist starts (and ends) in a small room resembling a prison cell. The door has three locks on it, and you must rush to escape as soon as possible. There are various items and clues hidden around the nooks and crannies of this room, and some items must be combined into new contraptions to achieve your goal.

Although some moments felt clever, much of the game’s challenge was forced. Combining items is only needed in one circumstance, even though the game’s store page boasted about this as a gameplay feature. Most puzzles in Escape Artist are very easy, requiring you find a new hidden item. Without much floor space in the room, finding all the items doesn’t take very long. Some puzzles don’t even have any thought put into them, with a single hidden item completely giving away the solution. If you feel stuck, pressing the “hint” button either avoids telling anything, or makes the solution a dead giveaway.

Running off the Unity engine, Escape Artist has decent graphics, with attractive lighting and textures. Physics are decent, and throwing around objects feels as it should. The game is devoid of any professional interface, though this is fine for a game as simple as this. Lack of room calibration is an issue, however. I could barely reach many items, having to duck under my roommate’s bed for some. There isn’t any artificial movement in this game, so your room must have at least as much open space as the game’s room takes up. Even though the room you’re escaping is quite small, reaching certain items is way harder than it should be. 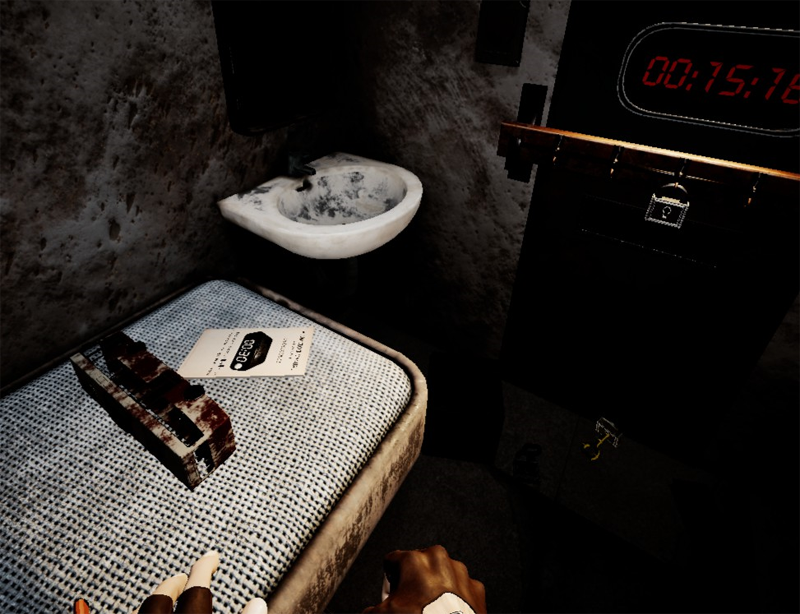 The game’s gritty atmosphere kept me interested, but left me underwhelmed

Escape Artist: The Trial is aptly named, as it feels like a free trial for a bigger, better game. It only took me 20 minutes to beat, and gives no replay incentive. I somewhat enjoyed my time playing, but nothing in this game hasn’t been done better by many other escape room titles.

What would I pay for it?  I’d probably pay two bucks for Escape Artist: The Trial. It’s not a bad game, and there were moments when I enjoyed it. However, there are countless similar escape-room experiences on Steam which provide a much better, fuller, experience than this one.