The Great C is originally a Phillip K Dyck novel about a future ruled by an intelligent computer who demands annual sacrifice from the nearby human populace. Secret Location has decided to adapt that story into a VR short film so those looking for a game better look elsewhere.  That said, if you are interested in cinematic VR story, The Great C is something I haven’t quite seen before in VR. There is a fair bit to this story that I won’t ruin in this review, and I think it’s best to go into this blind, but just know, it’s a dark tale. 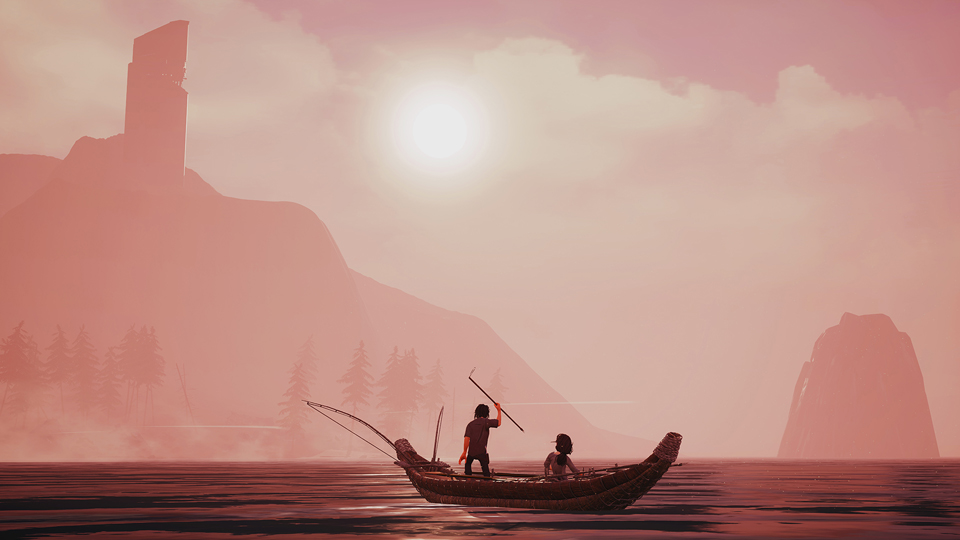 That tower always looms in the background

Once you start the video, just sit back and relax until the credits roll. One cool option is the comfort settings you can turn on or off that change the way you view the film. With them on, the camera remains stationary on scenes, though because it’s in VR, you can still look around the world. Turn them off and the camera will now pan on scenes, giving a more cinematic feel. Either way the story plays out the same and is just as enjoyable with either setting.

The oddest choice made in this experience is the art style. The Great C is very serious and occasionally violent and the pixar-esque art style used does not quite fit the tone of the story. With that said, the visuals do pop, look wonderful and have beautiful clarity. The environments look great, though the character models do look a tad dated. I’m sure this was conscious choice made to accommodate current gen VR resolution and processing power from lower end PC’s to ensure that anyone can sit down and enjoy this. Character models still look good, showcasing a lot of emotions and despite my misgivings about the art style, you still believe in this world and its inhabitants. In VR, you are the camera so while the default view always has you focused on the action, you can look around at any time to check out this fully realized world. Epic moments like The Great C’s attack, seeing the protagonist meet the malicious AI or just taking in the post apocalyptic environments elicits and a sense of presence that no 3D flat film could ever hope to achieve. 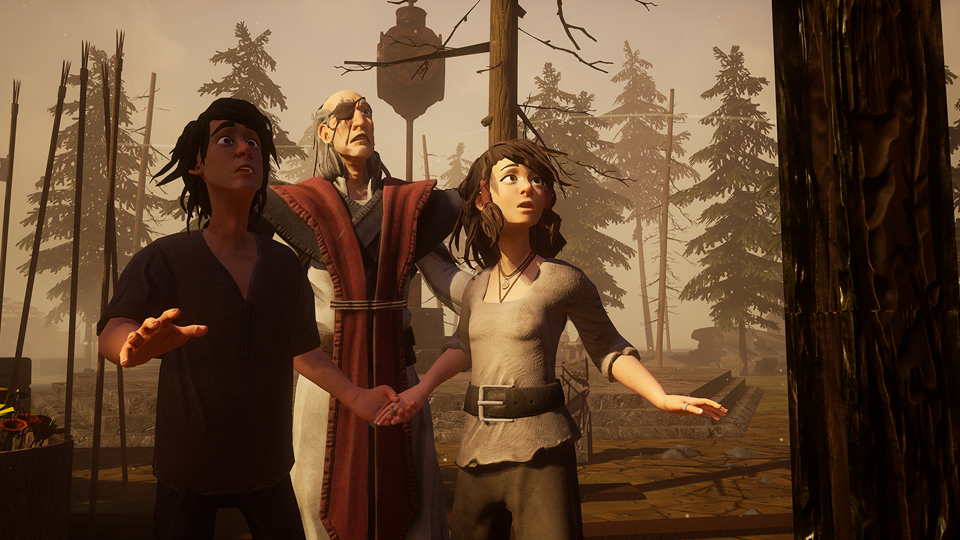 The character art-style is an odd choice, but it all still looks really good!

Make no mistake, this is still a movie experience at heart and like any movie, it lives or dies on the actors portraying the characters involved. Thankfully they all deliver excellent performances and I really can’t find any fault in them. It’s worth noting as well that music producer Tom Holkenborg, aka Junkie XL composed the soundtrack which sets the very sombre mood for what is a very serious and surreal movie.

The film itself runs just over half an hour which does feel a tad short and I think the story suffers a little because of that length. The focus is around a young couple whom we barely get to meet before the young man is sent on a quest to the Great C from which no person before him has ever returned. The story works, I just wanted more of it; how the world came to be as it currently is, some more moments with the young couple before their separation and even a little bit of backstory for the main antagonist would have greatly increased my interest in the story. That’s not say it’s not interesting as both the story and world had me hooked from beginning to end…I just wanted to spend more time in here.  My only other issue is that while you can look around, the action is very focused and I often found myself looking in the wrong direction when a scene switched angles, causing me to miss a second or 2 of the action as I refocused.  It’s easy to avoid this by just looking forward, but in VR, you can’t help but get a little distracted by the world around you. 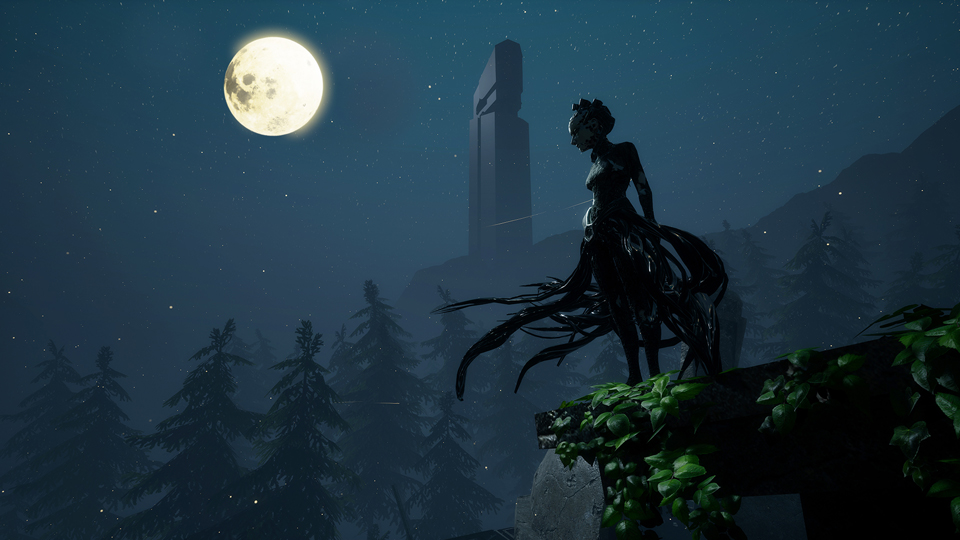 The Great C is an epic short story the relies on the ‘less is more’ train of thought and for the most part, succeeds.  While I did have some minor issues with the art style, the story and performances more than make up for that choice making for a thrilling and intense cinematic journey.  If you are looking for a different type of VR experience and enjoy a thought-provoking tale about humanity and our motivations then I say definitely give this a go.

What would I pay? The $6 price tag for this is an easy ask.  It’s half an hour long, but from the opening moments all the way to credits, I was enthralled with the mystique surrounding characters, story and world.

The Secret Location provided The VR Grid with a code for this title and, regardless of this review, we thank them for that!