This review for Mall Town is one of those reviews I kind of always try to avoid writing. It’s a game with lots of potential, but there are some things that hold it back. I find it difficult to review some of these smaller indie games with small or no dev teams because VR is pretty new, and it’s difficult as a dev on your own. However, you are in a competitive marketplace! I try to not judge these quite as harshly because I think it’s awesome new devs are entering the VR space, and I don’t want them to stop. That being said…there are problems we need to address. Some games like this are fine as long as the consumer knows more or less what they are getting in to when they buy the game. I’d like to start with some positives of Mall Town, and then go in to detail on the problem areas so you can decide if it’s something you want to buy. 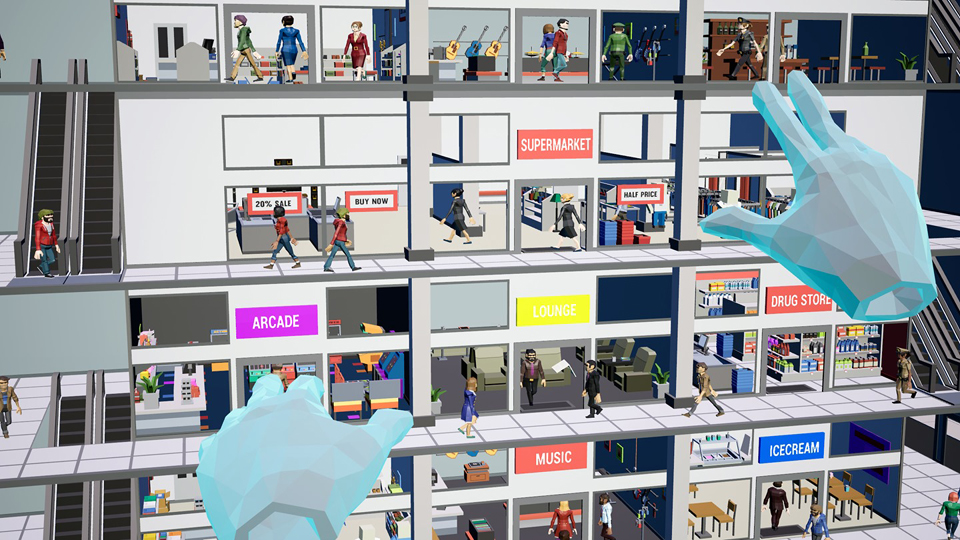 Eventually you need to manage a lot of stores.

Gameplay in Mall Town consists of pointing and clicking on menus to manage your growing mall. The objective is to grow your mall as big as possible, while restocking stores and playing a few minigames. If you like games like the older Sim Town games, or light management sims, then this might be for you. I found it enjoyable to grow my mall as the money came in from each of the stores and attractions I put inside my mall. It was satisfying when I got to add another floor with new stores. I liked picking which stores to put where and deciding where to put the bathrooms. The minigames were, tolerable. I think we are at the point in VR where I’d like to see a little more though.

There is a minigame where you throw boxes across a room to try to land them near a specific spot on a shelf. While ok in theory, the reality of throwing stuff in VR is a very mixed bag, and I did get pretty frustrated with how difficult it was to throw with any sort of real accuracy. Another minigame involved putting out fires in a movie theater with a fire extinguisher, which was fun the first time, but the fire extinguisher feels weak, and it wasn’t difficult at all. 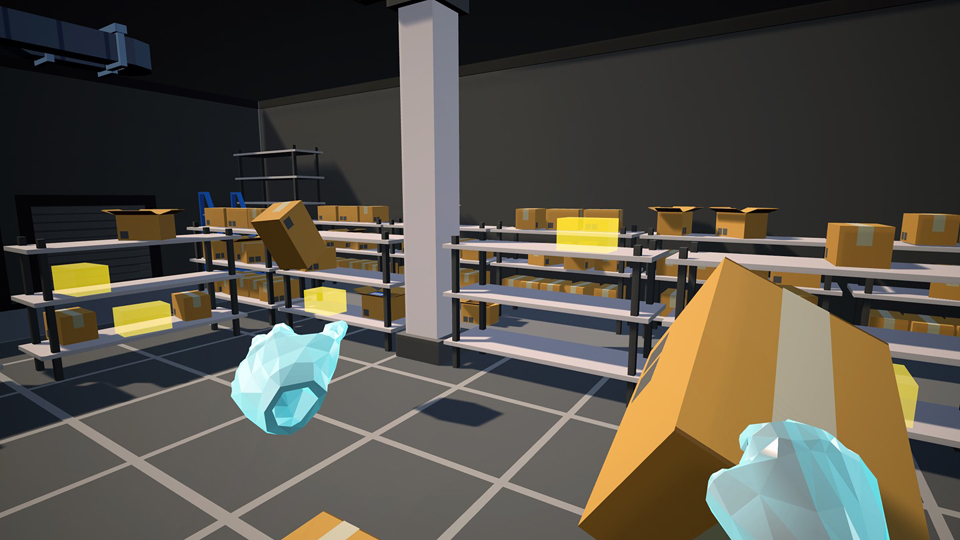 Throwing anything in VR is always easier said than done

Mall Town has 2 major flaws, the controls, and the pacing. To select things on Rift, you have to click down the thumbstick, and while it is held down, push your upper grip down. It feels terrible, and with so few buttons used in the game to begin with, I have no idea why they didn’t just go with an always on finger laser and one button press. It made my hands start to hurt after about 15 minutes of gameplay, and that is no fun. It might work fine like that on Vive, but I played the Oculus Store version of this game, so I’d like to see controls that actually make sense for the Rift. When most of your game involves point and click, you need to get that action right.

Visually the game is nice to look at. The somewhat blocky and smooth textures give the game a fun visual style, and it makes the mall feel vibrant and fun (if it were a real place). I didn’t see any visual glitches, and I liked that I could put my head through the walls of the stores to get a closer look at what they were selling, even if that wasn’t something that was strictly speaking necessary.

The audio is simple, but the cha-ching of money being made, and the sound effects in the mini-games felt realistic enough. I would have liked a bit more music when at the actual mall though, I found myself humming to myself quite a few times while I played.

The pacing of the game is something people who are fans of several other management type games may be familiar with. Especially in the later stages when you have a larger mall, I just was not making money fast enough, so I found myself just standing there staring at the mall while I waited to have enough income to do anything. If your income from stores was a little bit faster, your down time would be reduced and you’d feel less like you are passively playing the game. The stores also have a restock mechanic where you need to click them when they run out of stock, in order to restock them, but stores lost stock so slowly I was waiting for that to get tokens to play the minigames. 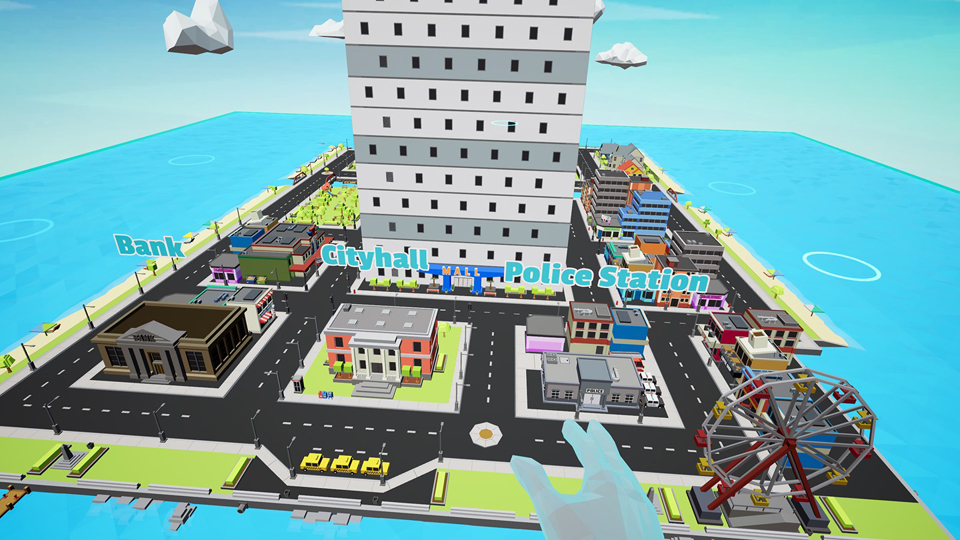 Up and up it goes!

Overall Mall Town is a fun yet overly simple game. It is held back by some poor design decision and slow pacing, but if you find yourself dying for a management sim, then it might be worth a look for you.

What would I pay? I’d pay maybe $5 for this experience. If this is a genre you enjoy, then perhaps give it a try, but if you are on the fence about this particular game, I don’t think it is something you will be playing for very long as you will get bored relatively slowly.

Empyrean Interactive provided The VR Grid with a press code for this title and, regardless of this review, we thank them for that!