Obscura is an atmospheric VR horror experience created by Michael Hegemann, the same mastermind behind Slender: Rising. This game flawlessly accomplishes what it sets out to do, but at one important cost- it’s essentially not a game. It’s an interactive film, a virtual reality “experience.” In all the VR games I’ve played, this distinction has never been as important as it is here.

Oscura begins with no context. You’re placed in the middle of a dark and spooky forest, holding a talisman in one hand and a camera in the other. Things tend to go bump in the night; cockroaches scatter from your feet, swarms of crows eject from trees, things knock over, and doors mysteriously open. Although these are atmospheric and freaky on their own right, the highlight of the situation is the demon hunting you. In every level, the demon (who looks a bit like a human zombie with the head of a deer) slowly stalks you, causing you to violently hallucinate in the process. The charms in your non-dominant hand gently vibrate (using your controller’s haptic feedback) when the demon is approaching, and the other device can be used to see it more clearly. For example, in the first level, you can’t see the demon unless looking through a fuzzy camcorder, which can be properly horrifying. You’re intended to stand there, waiting for the demon to come take you, while getting as scared as humanly possible. There’s an interesting implied story that I won’t spoil, but being taken by the demon results in you standing atop a hellish landscape, reading poetic letters about the demon and viewing paintings of it.

This implicates an interesting concern: what I just described sums up everything in the game that could be considered “gameplay,” which is limited to looking through a flashlight or camcorder. The game’s objective is essentially to stand there, shit your pants, and die. If you’re looking for a fulfilling game, with tasks and objectives, then you’ll think Obscura is an utter laughing stock. You stand there- that’s it, there’s basically no game. This leads me, however, to why Obscura is one of the absolute best “experiences” I’ve ever played in VR.

The first reason is the game’s overall quality, which is phenomenal in every aspect. Its graphics, powered by the unreal engine, are gorgeous. They’re smooth, they’re realistic, the textures are great, the lighting is almost flawless, and the best part: Obscura runs at a perfect frame rate at all times, never dipping once. These graphics do a phenomenal job  at fostering one of the scariest “games” I’ve played in a long time. 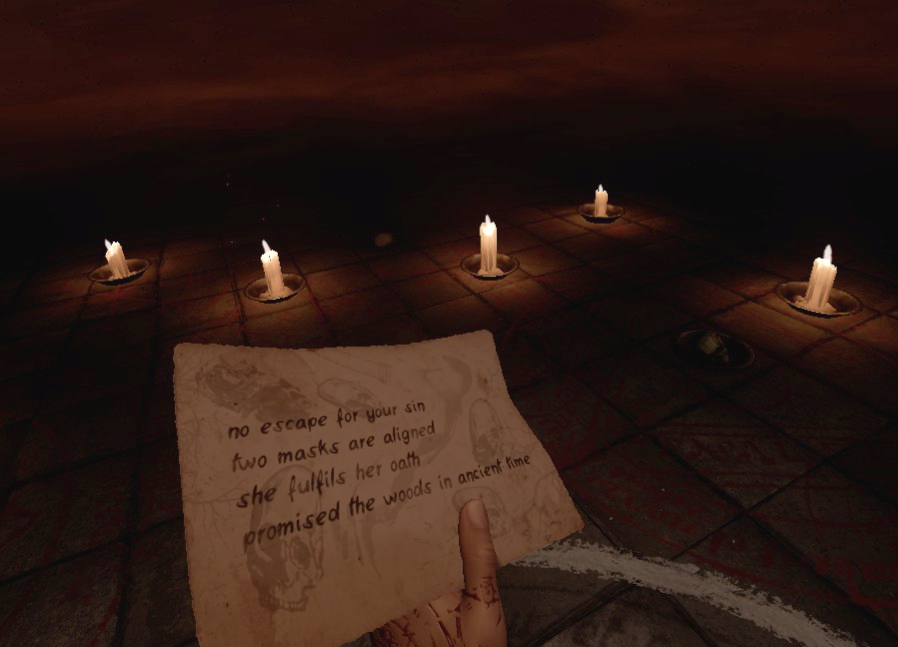 Breaking up the horror are these harrowing scenes in between levels

The other reason Obscura keeps its greatness is its replayability. You’re probably thinking: “Wait! Dan! You said there was no game here, just an experience!” and you’d be right, but the developer integrated endless levels and AI behavior. These were strokes of pure genius, as they add a ton of replayability to an experience containing minimal gameplay. The monster will never attack in the same style or location twice, making every venture into this game a terrifying experience.

Better still, the game is literally endless. It wasn’t until after an hour of gameplay that I realized what was going on: After the first few levels (which always stay the same), each sequential level is randomized. One of several environments is selected, and you are randomly given one of several items in each hand. This uncertainty and endlessness, put together with the unpredictable AI and other scares, leads to an entirely fresh and horrifying experience every time you play a new level.

One impressive thing Obscura accomplishes is its ability to seamlessly blend jump scares and atmospheric horror. The experience describes itself as being scary due to atmospheric dread and not jump scares, but this is only half-true.  During the majority of the 10-20-minute levels, nothing jumps out and there’s no visual sign of the demon. The atmosphere is horrifying, though, with many hints that the demon is invisible and fast approaching. Birds and insects swarm in unusual patterns, and doors unexpectedly creak open. Still, the demon will sometimes either cause a spontaneous and nightmarish hallucination, or will literally jump out at you. These are classic (and often cliché) jump-scares, but they’re executed very well and nothing feels tacky. Both types of scares are terrifying in their own ways, and creatively vary. There are actually some segments that are so cleverly, spine-chillingly terrifying that I wish I could describe them, but that would risk spoiling moments which I think deserve first-hand experience. The production value, graphics quality, and scare-factor design were made damn-near perfect and lead to an artfully crafted and extremely high-quality title. 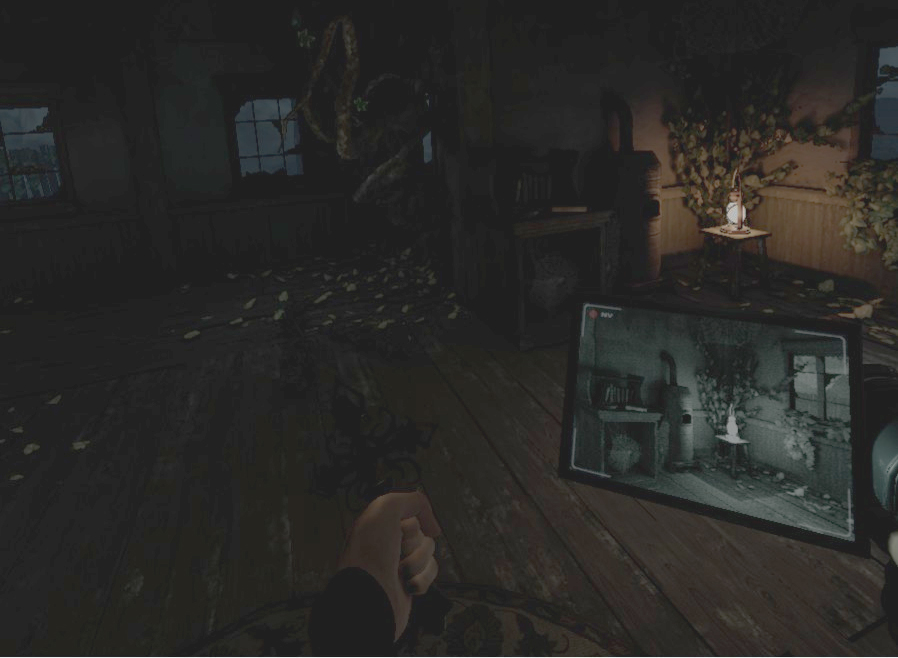 I quit the game about thirty seconds after this screenshot was taken, when the door behind me swung open

Obscura works perfectly as a short-term adrenaline shot of pure terror. Do you not feel like playing a long, drawn-out game looking for a moment that may or may not even scare you? Just pop on Obscura, play one level for just 10-15 minutes, and you’ll get your dosage of 100% organic, fresh and bone-chilling horror. It’s almost an indulgent way to guarantee yourself a very good spook, though a simple one. I know that if I’m ever craving a VR horror game, Obscura’s consistently got my back.

What would I pay ?  I’d say that $10 would be ideal, $15 would be realistic, and $20 (the game’s retail price) is really pushing it, though it’s not a game-breaking price tag.   If you’re truly interested in Obscura, and terrifying yourself,  it’s worth the asking price. However, you should only  buy it if you’re expecting a replayable horror “experience,” not a full “game.”

Michael Hegemann provided theVRgrid with a review copy of this game and, regardless of this review, we thank him for that!