I’m not completely familiar withe the Until Dawn franchise (3 games are a franchise now, right?) and though I played through Rush of Blood, from what I know of the 1st entry in this series, it was a very loose tie in to the original game, and The Inpatient feels along those same lines.  Taking place almost exclusively in the Blackwood Sanitarium, you play as the amnesiac William Bellows and your task is to solve the riddles of not just why you are there, but who you actually are. 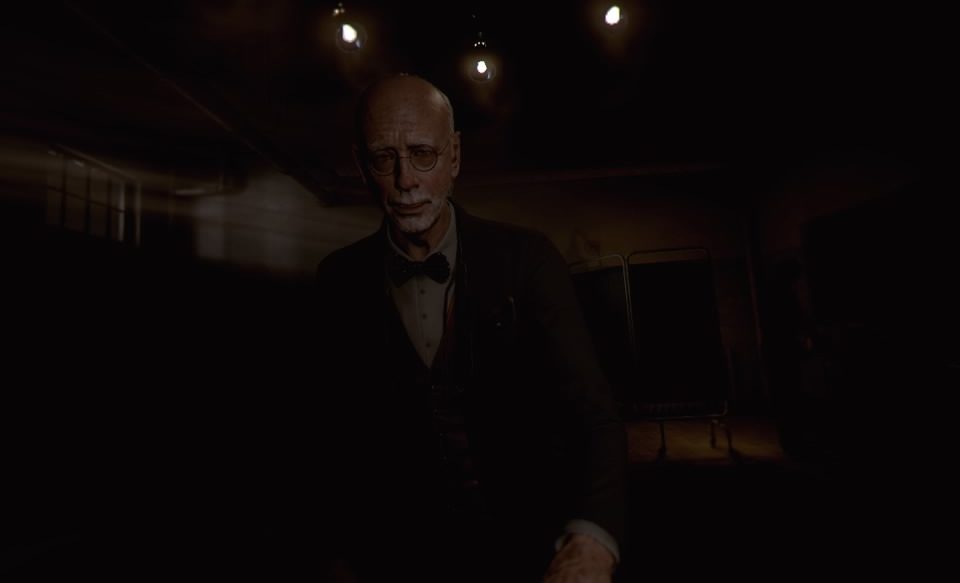 DS4 controls like a typical FPS, but Move just plays a bit better. The Move control scheme in this game is familiar, but still felt odd.   Almost all the action here is navigation, as in this is a walking simulator.  The only comfort option available is click or free turning, the latter which I almost always prefer.  This is, I believe the 2nd game where I opted for click turning as, in order to free turn, you need to sort of wave your hand in the direction you want to go and just ended up making me feel like I was constantly ‘force waving’ people to change their minds about something.   Click turning just felt better and is managed by pointing in the direction you want turn and clicking the Move button.  Walking is incredibly slow, which is alright for most of the game as characters match your pace and usually chat you up while doing so, offering some distraction from just how slow you walk.  With your 2 hands you can grab some objects and look at them and that really is about it.

The Inpatient boasts voice recognition as being a feature, which does add to the immersion factor a bit, but I ended up turning it of for a few reasons.  Throughout the game you are asked questions to which you can respond with 1 of 2 answers.  These answers appear the left and right of whoever asked them, and you can than say them out loud or hit the trigger button.  Stating my answers aloud did work most of the time, but not all the time, and on more than one occasion I was forced to hit the trigger as the game just didn’t like my voice.  While it is cool to feel like the game is listening to you.  The giant pop ups for your answers kind of hamper any immersion that the voice implementation may have given.  I ended up not bothering with the voice recognition, but for those that get a little more into narrative titles like this, you may pull more out of that feature than myself. 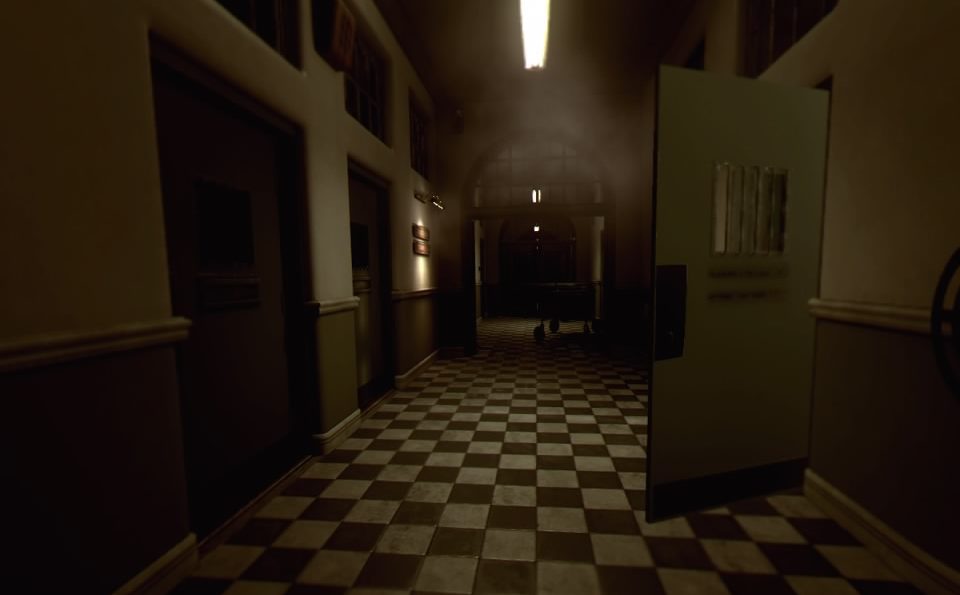 If you have played Rush of Blood, then this should be a familiar hallway.

For the most part, the games visuals do excel and the folks over at Supermassive games clearly know how to work within the limitations of the tech.  Character models looks good, especially close up and the old Asylum is a creepy place with a lot to look at.  As this is a “horror” title, The Inpatient relishes in darkness, and though you do get a flashlight later in the game, it still felt to dark at times.  Shadows are always pitch black and in some of the unlit stages, it was difficult to open doors and grab items, just because when I got too close, I couldn’t see them.  There is some solid collision detection here, but that means your hands and other items react to other objects realistically, and getting to close to a wall, door or table causes your hands to not quite go where you want them to.  I got around this, but it requires some occasional odd movements in the real world to get my hand where they wanted to go.  I also noticed seams on character models and some odd white lines highlighting people sporadically throughout the game, nothing crazy, but when I saw them, it did detract from whatever I was looking at.

As this is a narrative tale, this would seem to live or die on the performances and I’m to happy to say here that I had no issues with any of the actors.  Though there are only a handful of people in the game, they each play their roles well enough to have me intrigued as to where some of the plot points were going.  I can’t recall any music in the game other than a radio I messed around with, but that’s not a bad thing as it made the experience just seem a little more realistic and immersive. 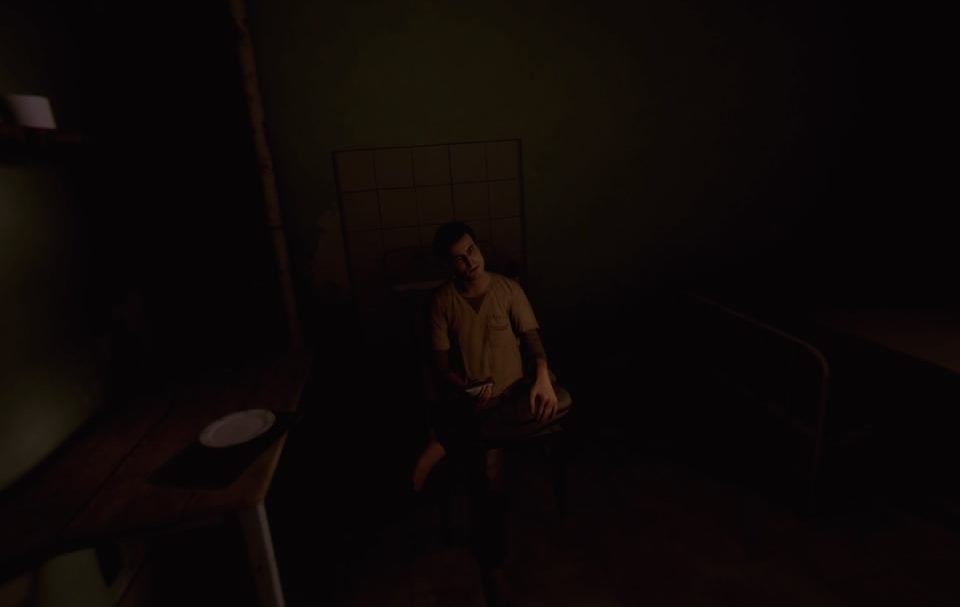 You spend a fair bit of time in this room with this guy.

Now, the problems.  Firstly, this is advertised as a horror title, and well it does have some horror tropes, it only ever scared me once…well actually 2 times, but it was the exact same scare on my 2nd playthrough.  Besides that one lone scare, The Inpatient just seems to rely on an overall sense of dread and reliance upon the unknown.   This also doesn’t really play like a game; you can’t die, the story is fairly linear and other than the conversations, you don’t have much choice in anything you do.  Like Here They Lie, you walk…a lot and once I realized I couldn’t be hurt, I also lost the fear factor and just felt like I was walking to the inevitable conclusion.  One of the core plot points is why, specifically, you are in your current predicament, it’s an alright story, but given my knowledge on the ‘big reveal’ I figured that out early on as well, which hampered my excitement as game concluded.  The last issue is the hidden memories scattered around the game, which are triggered by looking at items found throughout the Asylum, some are part of the main story, others require you to walk off the beaten path.  When you decide to wander, the incredibly slow pace at which you walk becomes an annoyance as it just takes way to long to get anywhere, especially when you don’t even find anything. 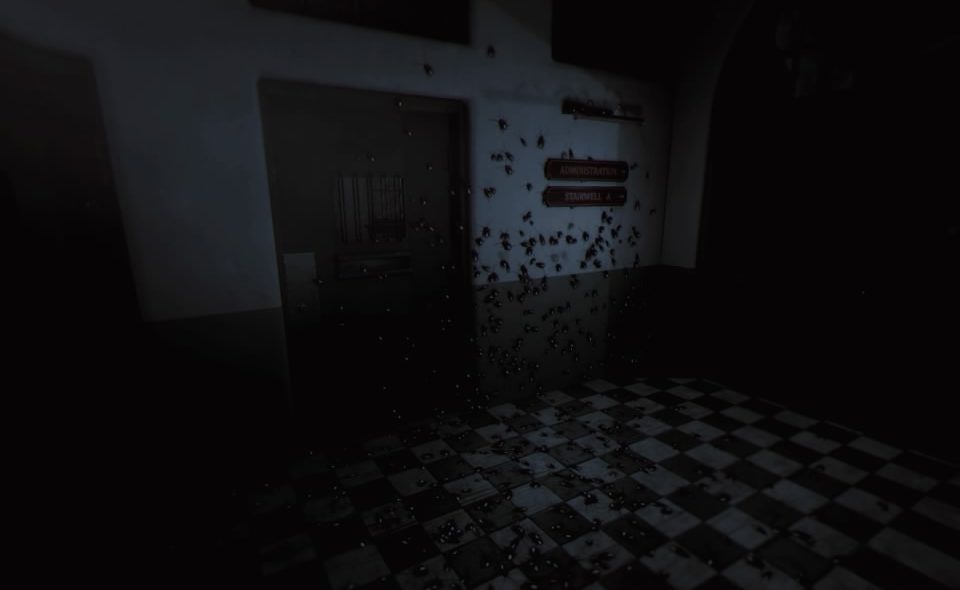 The Inpatient will not be for everyone and will more than likely disappoint many.  It is not action oriented like Resident Evil 7, nor does it contain the bizarre intrigue from Here They Lie.  Instead this feels like a mediocre horror story that plays out more like an interactive 2-hour movie than anything else.  In that regard, it’s alright, but for those with any expectations going into this, I feel you will be let down.

What would I pay?  The price is probably one the biggest let down here more than anything else.  The $40 asking price belongs in the Sanitarium…because IT’S INSANE!!!  The only reason to play through this more than once is morbid curiosity to see how different characters react to different responses and to find any memories you may have missed on you playthrough, and not much really changes the second time.  Memories add some of the story, but if you have already beaten it once, unlocking those few seconds of narrative really doesn’t add to much more.  $20 is as high as I would go for this, and that’s mostly based on the presentation.