“ArtPulse offers an artistic VR sandbox to play and express your creativity in. Spawn and combine shapes, colors, and freehand painting to sync them seamlessly into the background music. You don’t need to be an experienced artist or musician to make cool stuff, but you can just create and let the game elevate it!”  That is how Art Pulse describes itself on the store page, I think it’s important to break down that description and really dig into what this experience is…and isn’t. 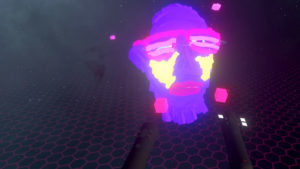 You’ll need 2 Move controllers for this one as you’ll not only be creating artistic shapes but traversing that creation space as you create 3D shapes that sync up to the 6 songs included in this title.  With your left hand you select 1 of a few shapes that correspond with a predetermined sound in a song.  With your right hand you can choose the color of that shape which subtly changes the pitch of that shapes assigned sound, allowing for some minor variances in your music selection.  The shapes you create can also have their size adjusted allowing for some monolithic or teeny tiny objects.  One of the tools allows for free creation and creates musical notes as you draw it though there is no option that I found to change the default size making it difficult to make anything with any significant detail.  You can play in cinematic mode which plays the song for 3 minutes and custom creates the shapes and thus the music happening as well.

Your creation space is 1 of 3 environments which are a space background, a brighter space background and the void, which is an all black landscape.  With the 2 Move controllers in front of you, you can select the shapes and color from the attached menus and watch your creations come to life.  Making stars has them fly from the tips of your controllers but they are somewhat tethered to you so they will fly around you and, in your face, until you move far away from them.  Orbs thrum with bass, cones when let go fall below you and bounce of the invisible ground while cubes and pyramids pulsate with whatever noise they are putting out.  There are options to keep your shapes or have them slowly degrade but if you create too many shapes, the older ones will explode out of existence in place of your newer creations.  It doesn’t look bad by any stretch but does look barren.  Even in cinematic mode when the songs finish it still feels like there isn’t a lot going on, even when there are a bunch of random shapes floating before you and I think that’s largely due to the fact that all you are really looking at is random shapes floating before you. 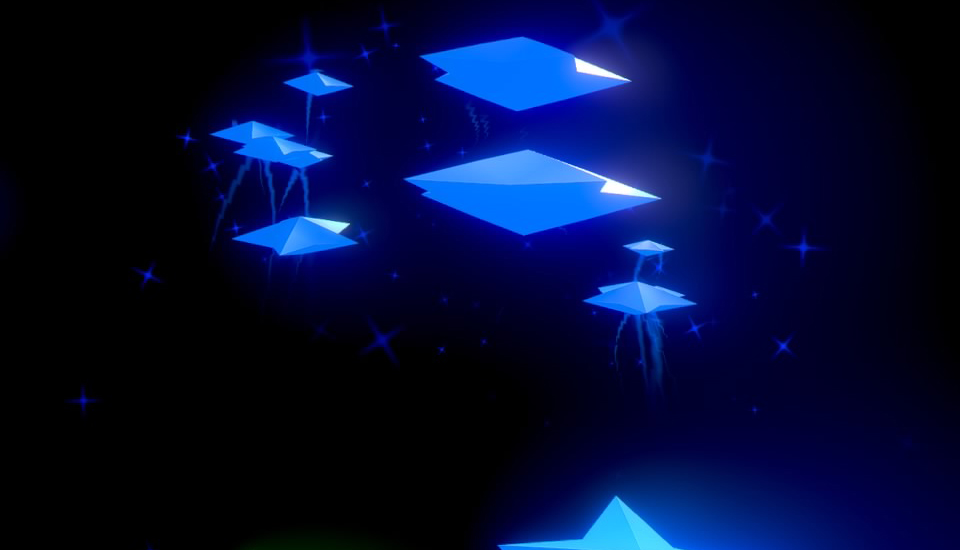 I enjoyed the shooting star effects.

The songs are fine and are of the electronic variety and it’s fun to hear the individual instruments and sounds that create each song but once you mess around for a few minutes, there is nothing else to do.  You can’t remix anything or modify the songs in any way save for that draw tool making it feel like a super stripped-down version of Electronauts.  Once you create a sound it just plays whether you move closer or further away from it so there also isn’t any sense of audio depth in here.  Just create a song and enjoy it.

Art Pulse is a game that baffles me as I’m not quite sure who the target audience is.  Audiophiles will find the creation side of things lacking and I am definitely not one who is concerned with such things and I found it rather dull.  The art side is also so restrictive that anyone looking to create works of visual art will be incredibly disappointed.  There’s an erase tool you can use to remove shapes and sounds but the cones and stars can be very tricky to remove as they move at a rather fast pace.   Besides that one issue, everything here works as it is designed to so there aren’t any real technical flaws to speak of, I just don’t know who is going to play this for more then a few minutes as there isn’t anything to do in here besides chill. 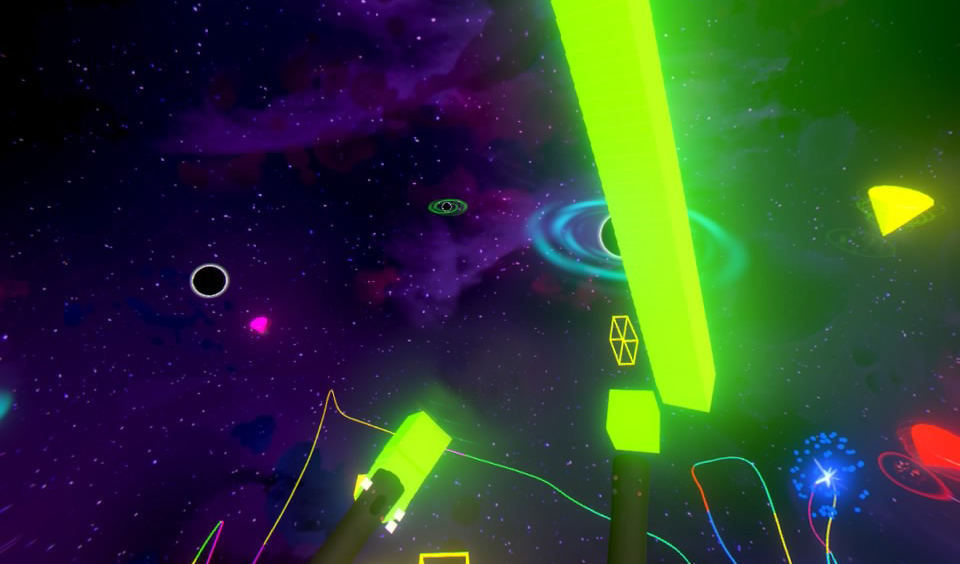 Creation can be messy.

I don’t know who this experience is for, but I do know it’s not for me.  The developers have stated that they want to add a bunch more songs which great, but doesn’t alleviate the major problem that there jut isn’t much to do and what you can do feels to restrictive to offer much in the way of entertainment value.  Pay attention to the video or watch some live streams if you are at all interested in this type of thing, but for myself, I found the entire experience to just be lacking.

What would I pay?  This is modestly priced at $10 and I think that’s still a tough sell.  I was bored after about 10 minutes, but I will say that I might not be who this game was designed for and maybe you arty audio guys and gals might pull some more joy out of this then I.  That said, I think what’s here feels more like a concept then a game and I’d be hard pressed to recommend paying anymore then $5 for this.

MeKiwi provided The VR Grid with a press code for this title and, regardless of this review, we thank them for that!