VROOM KABOOM aims to mix a variety of gaming genre’s including tower defence, collectible card games and some vehicular combat.  On paper this sounds like it could work, and a good merging of genres can make for an all new type of experience but at the same time can be risky as more often then not only select aspects of each genre make it to the final product making a game feel somewhat shallow depending upon the games it may be compared to. 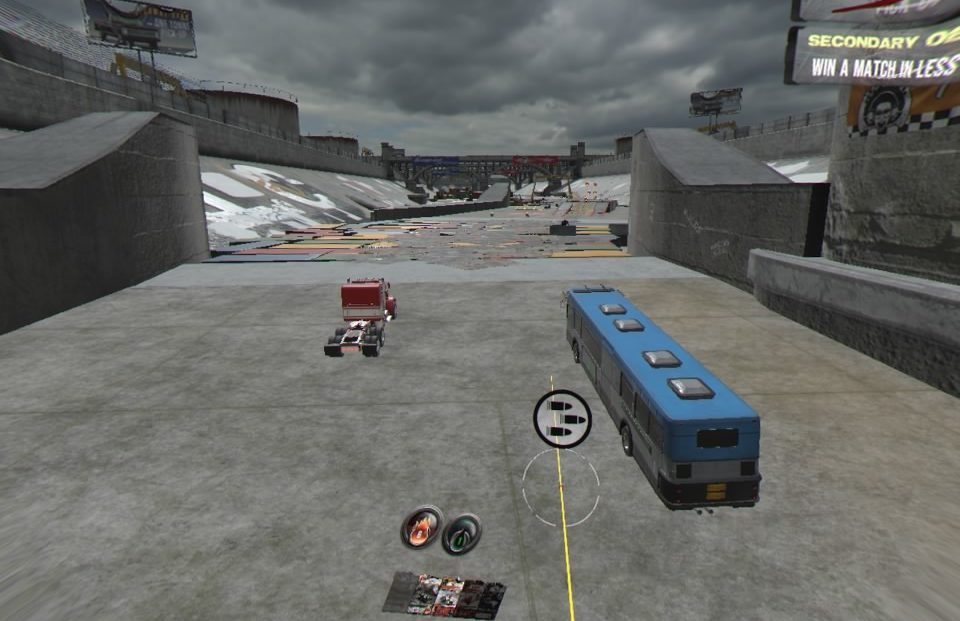 Choose your vehicles and get destroying

I don’t typically mention the non-VR version of game if it exists but for this one, I’m going to have to, if only to showcase some of the more obtuse choices made in the VR conversion.  As soon as the game starts you are put into a tutorial mode which SHOULD explain the core aspects of the game.  Instead, you are given objectives to accomplish without the context of knowing what you are actually doing making for a very confusing experience that ill prepares you for the actual game.  The non-VR version of the game uses the DS4 and assigns all the controls to buttons and is a very easy way to play, especially in regard to controlling the vehicles.  In VR, you have to use 2 Move controllers making all the controls more cumbersome as instead of just hitting a button to do anything, you now have to point at whatever it is you want to interact with and then press a button, giving non-VR players an advantage when it comes to quick decisions and in all honesty, fun! 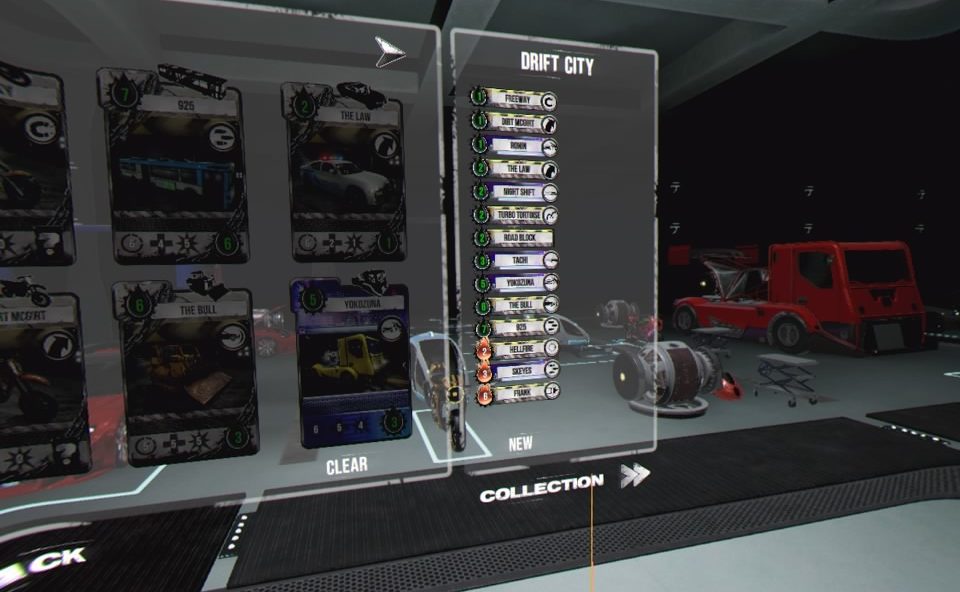 Customize you deck however you like…once you unlock vehicles

The main goal is simple, destroy the enemy base at the other end of the road by shooting it or driving into it.  The first person to demolish the enemy base wins…easy right?  This is where the deck building begins where you need to customize your deck with what you unlock throughout gameplay and with scrap, the games currency.  From here you then drive down the road collecting a couple floating resources, each of which is needed to use cards requiring one of those 2 resources.  Controlling the vehicle is limited to lanes, meaning you need to point your move controller at the lane and then tell the vehicle to switch to it making the driving portion of the game feeling a little awkward and way less fun that just driving like a mad man down the map.  You can actually free control a vehicle, but you still have to point where you want it to go with your Move laser making it very difficult to steer with any kind of accuracy. Each vehicle has a unique ability; maybe a weapon, a magnet to suck in all that loot or a jump button to avoid a fatal crash or an incoming opponent so once you unlock a vehicle, it will be on you to figure which vehicles to use at which time and which ones you prefer over others.  The 3 factions available offer up their own campaign, though that doesn’t comprise of more then a series of stages with increasingly difficult opponents with the only other mode being online play.

VROOM KABOOM looks really good at times and quite lacking at others in VR.  Depending upon which faction you pick, you’ll be treated to 1 of 3 themed stages each of which with their own look and feel.  Whether it’s the desert or cityscape tracks, for the most part they look okay from a distance.  Getting to close on anything reveals a lack of detail, but nothing that ever truly hurts the gameplay.  Explosions are a little tame and peppering the enemy with a spray of machine gun bullets is satisfying enough and overall for a budget title, everything here looks alright. 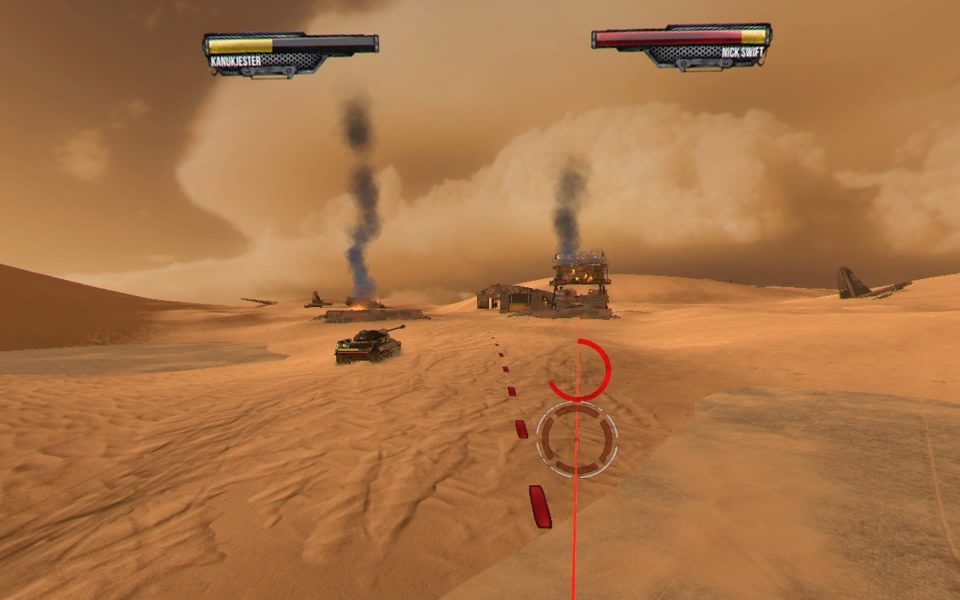 Choose your vehicles path to destroy the enemies fuel tanks

The music is comprised of some funky beats and repetitive sound bites typical of the fast-paces arcade genre.  You die, you get a commentary quip, you destroy a vehicle, you get a quip, get some loot, get a quip…you see where I’m going here?  It plays out like a sort of game show and while it never really annoyed me, the commentary easily gets put out of mind.

Like I said, the tutorial mode ill prepares you for most aspects of the game and even as I write this, I’m still not entirely sure about all aspects of the game with deck building being the main one.   Throughout each game you earn scrap and unlocks that slowly allow you play more cards that you can use during matches.  Scrap is used to purchase cards which can then be used to create your own custom deck.  Online play is substantially more challenging then facing the AI for one very big reason; the AI for the most part is pretty dumb.  I can’t count how many times I watched my own AI team drive into easily avoidable obstacles or bypass easily grabbable loot.  It doesn’t happen all the time, but when you see it, you can’t help but roll your eyes.  Collision detection is a giant issue for a few reasons.  Vehicles that hit a barrier should explode, but on more than a few occasions they get stuck on the geometry or get glitched out into moving slow, making for some easy exploits when it comes tanks and other heavy hitters.  None of the issues ever break the game but the longer you play, the more you’ll see just how much this need a patch just to clean up some of these smaller issues.  The last issue I should mention is that while the game supports up to 3 vs 3, in VR it’s only 1 vs 1 which isn’t the biggest issue in the world, but now you know. 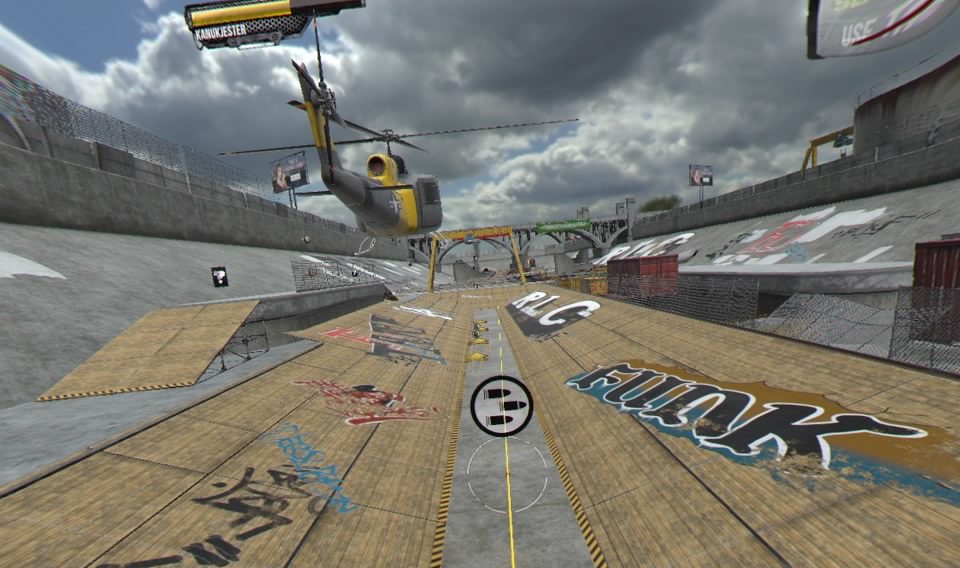 The aerial vehicles are some of the deadliest.

It took me a few hours before I began to appreciate what VROOM KABOOM is bringing to the table and I was initially VERY unimpressed.  Once you get used to the lane control way the vehicles travel, it does become easier though an option for DS4 controls would be greatly appreciated, they just make the game flow way better.  All of the genres in here work, but minus the deck building, do feel shallow when compared to games exclusive to a singular genre.  This is not Twisted Metal, nor is it Kingdom Rush and those expecting a AAA experience may be let down.  That said, VROOM KABOOM grew on me after a few hours of play and while long play sessions do start to feel redundant, I was having fun dominating the AI…I was getting my butt kicked online, but that’s on me!

What would I pay?  So, this one is a little tricky as there is a free version on the game (currently mislabelled as a demo) that contains all the content, but much more of a grind to unlock so definitely check out the free version and see if you’d like to invest your hard-earned cash.  Is $20 worth it for the premium content to me? The short answer is no but that comes with the caveat that I just got bored of the repetitious gameplay and I don’t plan on investing much more time into this.  If you play and plan on dominating fools online and don’t want to take the time to unlock everything (which will take a lot of play time) then go pay the premium price to enjoy the full game right now.

Ratloop Games provided The VR Grid with a review code for this title and, regardless of this review, we thank them for that!