Along Together is a light-hearted puzzle platformer that is in all honesty, a bit of fresh air.  The base story is simple, you play as an imaginary friend to a boy or girl (your choice) and help to recover their lost dog in a series of familiar, yet fantastical settings.  For those looking for a direct comparison, Along Together has many similar aspects too one of the best VR games released this year, Moss, though this opts to focus almost exclusively on puzzles and removes combat from the platforming formula. 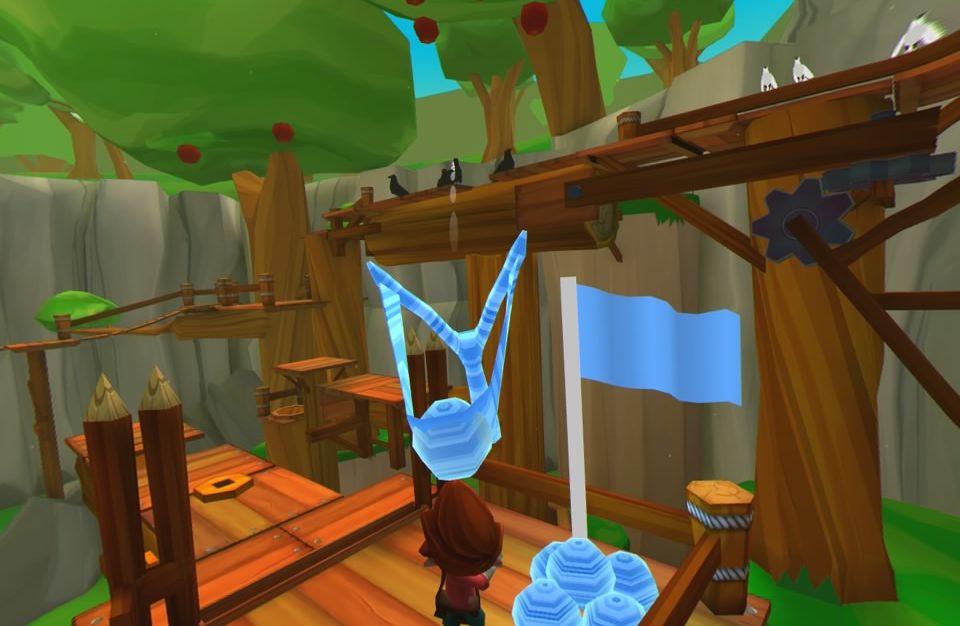 With a DS4 you control the child in a 3D environment while you/camera follow him or her (him for the rest of this review) from a sort of fixed position.  The levels are relatively small, and the camera follows the child along a fixed path, locked to his position.  You control the kid, having him climb platforms, press buttons, pull triggers and even fire a sling shot.  What makes this feel like Moss is that you control a giant imaginary hand, which can manipulate objects in the environment marked by a diamond.  You’ll be moving cranes, mine carts, bridges, trees and whole bunch of other puzzle-centric objects.  The sling shot mode that pops up through the campaign just involves aiming at objects to trigger whatever it is they do.  As this is VR, you can of course look around the environments and take in the complexity of the puzzles and figure out what your next step may be.

Cartoon visuals just work better in VR then the more simulation side of the graphic spectrum and that statement holds true in Along Together.  Everything looks like it’s from a platformer from around 20 years ago, just a little more crisp.  Terrain, though multi-tiered is flat and much of the detail comes from slight changes in an objects color palette to give everything a very simple, yet clean look.  Your character animates alright, though he can be stiff, floaty and a little janky at times, but that never really interferes with the game too much.  There a 3 worlds, each with a sperate theme; Forest, Mines and Junkyard and all look quite different from the others making for a refreshing change in the environment after only a handful of stages. 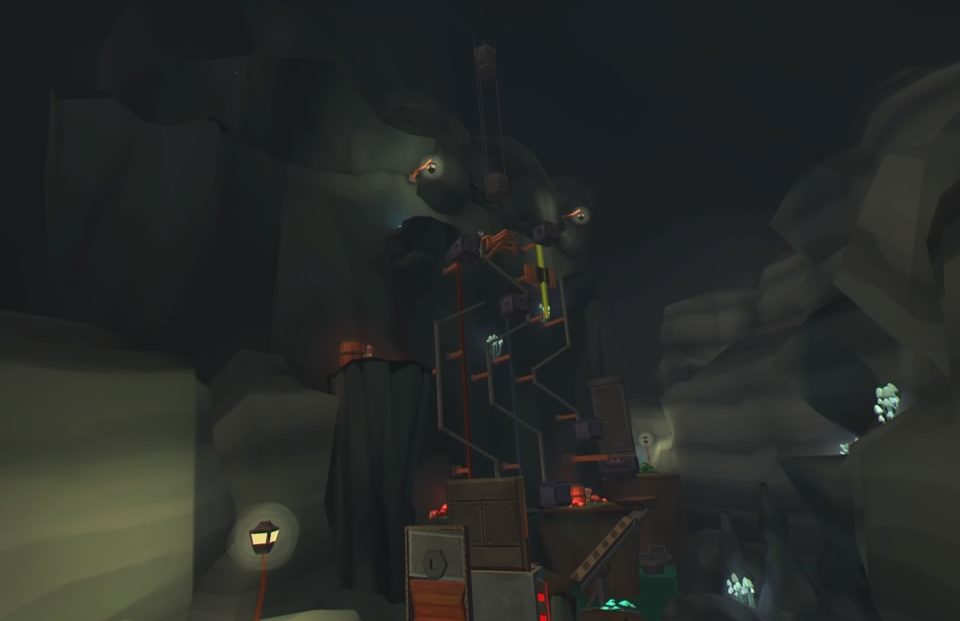 As you progress through the stages, the puzzles do get more difficult

Music is typically quiet and peaceful with the characters in the game mostly showing personality through expressions and noises.  Few words are spoken by the protagonist unless he’s trying to get your attention or during the brief scenes that unfold throughout the campaign.  It all works well enough, keeping in line with the cute vibe that this game is clearly shooting for.

The puzzles initially are very easy and even when they get complex during the early goings of the story, I never found they got to difficult until about the last 3rd of the game.  That’s not to say they are easy and even when they are simple, they are more often then not very complex.  Hidden in each stage is a toy which, when found, is added to the level selection menu (a tree house).  I’ve only gathered a few of these items as some are actually hard and seemingly impossible to retrieve and those looking for some extra challenge will find it in collecting the items.  What’s cool about these is that you can pay with them and while some are less interactive then others, a few are actually fun to mess around with…especially the Gameboy which has a playable game.  Anyways, Along Together is 100% puzzle solving.  The story is minimal and every mechanic in here is only used to solve these incredibly elaborate stages.  It’s commendable just how complex these puzzles do get and the way they mix up the mechanics kept the game feeling fresh throughout my two and half hour playthrough.

Besides the character animation issues, I did find the camera system here to be troublesome.  Most of the time it’s a non-issue as the camera faces the direction I needed it to.  On a few occasions through, items would be very far to the right or left which we all know the PS camera hates. Even a couple points I needed to interact with were behind me forcing me to either fight tracking until I snagged what I needed or have my little dude traverse back a bit, so I could select what I needed.  It’s never game breaking, but that issue does pop up throughout the whole game. 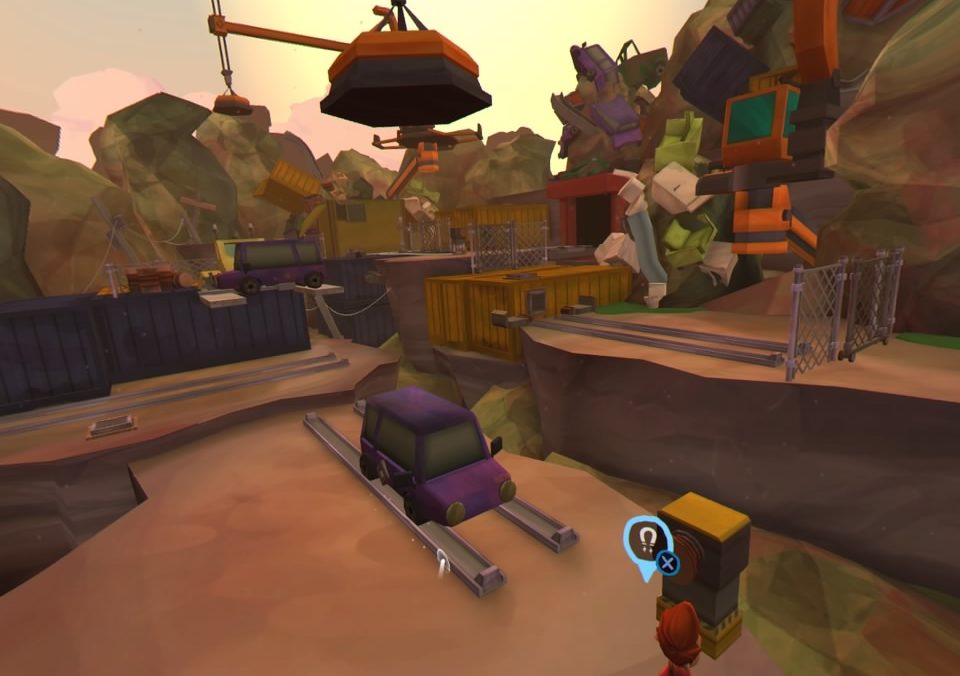 Along Together is a solid 3rd person puzzle platformer that benefits from VR.  The puzzles are very complicated and kept me entertained and the whole world just has a sweet, humble and friendly esthetic…especially the lost dog.  If you are looking for a game to tickle your brain and miss those 3D platformers of old, this is a lot of fun and the light challenge offered is a welcome breath of fresh air from the more abstract puzzle solving I have been doing of late.

What would I pay? $20 is an alright price for this.  The puzzles are fun and made me think and the cutesy, family friendly story was a nice change of pace from what we generally get in VR.

Turbo Button provided The VR Grid with a review code for this title and, regardless of this review, we thank them for that!