If I were to tell you that there is a simulation hunting experience released for a VR headset that has the most immersive control method in the form of the Aim controller, would you not be excited?  Games like Buck Hunter and Big Game Hunter have been around for years with many even having arcade cabinets being built long after arcades died just because holding a physical rifle while shooting at virtual animals is still a thrill.  So, you would think a Turkey Hunting sim would work wonders on the PSVR right?  Wrong!…so  very, very wrong. 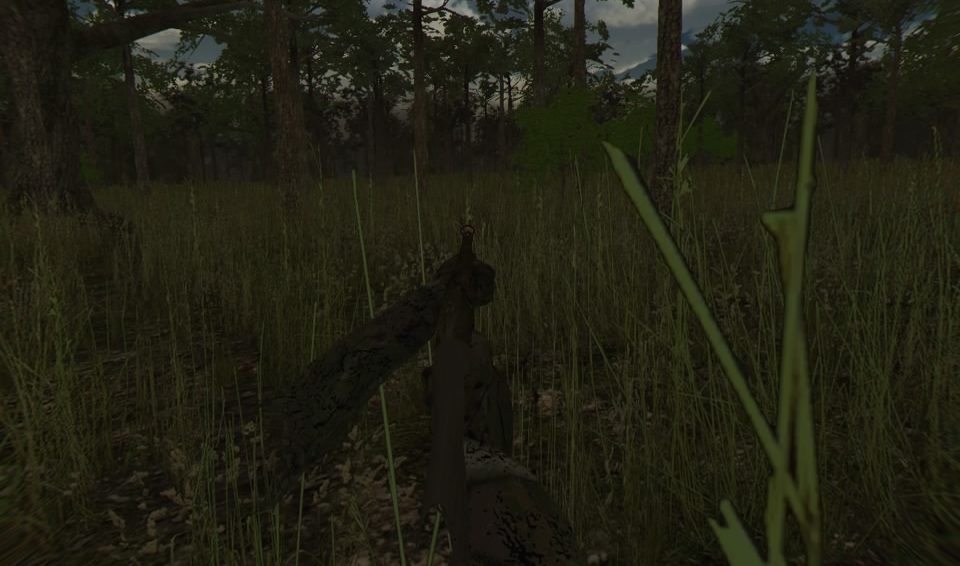 The largest crime committed by Wild Turkey Hunt VR is it’s use of only the DS4 controller.  Not supporting the Aim controller feels like a huge misstep, though isn’t a game breaker by any stretch but had they properly implemented Aim support, I think much of the issues I’m about to mention could be forgiven.  With the DS4 you can traverse around a decent size forest area with L1 allowing you to use a turkey caller and L2 binging out your rifle.  When unarmed you can freely roam the forest very slowly which is limited to click-turning but as far as movement controls go, this is ok.  Equipping a gun however is all kinds of wrong.  First off, instead of tracking the position of the DS4 to line up your sights, they locked the gun at chest level and allow you to adjust the guns position with the right thumbstick.  The problem here is that the gun position is now locked to your headset, so you need to tilt left or right depending on what you selected as your preference and tilt your head in front of the sites.  To adjust your aim, you need to use the right thumbstick to move the gun making the entire shooting experience very plodding and cumbersome.  What’s worse is while the gun is drawn, you can no longer free roam and can only strafe meaning to get the best shot you may be equipping and unequipping your gun multiple times only to miss that shot anyways.

Wild Turkey Hunt VR does not look good.  Sacrifices were made to port this to VR leaving the dense forest from the non-VR game behind and instead placing you in a rather sparse forested area.  Lighting effects are all but gone minus the opening moments of the game which is dark as it’s just before dawn with the game ending at high noon, roughly 40 minutes after you start.  There are no shadows to speak of and the world around you is drawn in as you move forward, making it look at feel like the world is being created in front of you and dissolved behind you.  It looks like you are on a small platform with a 2D background hovering just outside of reach.  Tree leaves don’t fill in until you are almost right on top of them and the entire forest just looks dull. 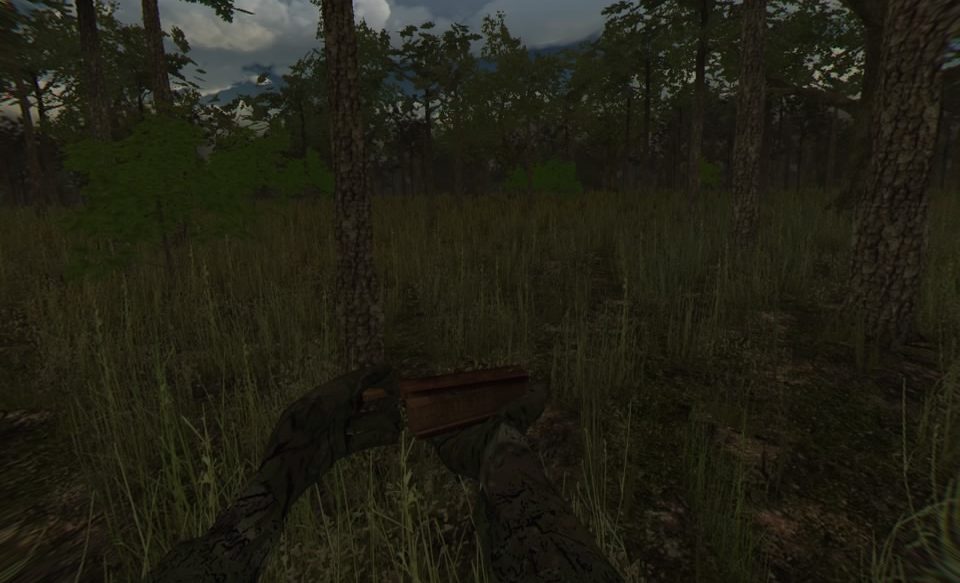 Calling turkey’s has never been more fun…it’s also never been less fun either.

There is no music in the game, just the sounds of nature and your ridiculous sounding gun which sounds like a shotgun, slowed down and amplified for dramatic effect.  When you use your Turkey caller, if a turkey is nearby it will ‘Gobble’ hinting at their direction.  I have a decent pair of headphones and every time those damned things warbled, I could not tell which direction it was coming from making that feature more guess work then anything else.

There is no explanation as to how exactly I’m supposed to hunt turkey’s, so I’m left to my own devices.  Can I move when I see a Turkey?  Do I keep making the mating call noise?  Should I just stay in one spot and wait?  I don’t mind trial and error progression in a game or forcing me to adapt to a games mechanics, but Wild Turkey Hunter feels like it was designed by pro’s for pro’s and forgot to actually tell the masses how to hunt Turkeys.   The map you have can only be pulled out while you are stationary and on the map you are a dot, so you actually can’t tell which direction you are travelling and it’s very easy to get turned around thanks to the click-turning.  This boils down to being a very monotonous walking simulator with tiny bouts of action as a Turkey pops into view, only to escape as body shots also don’t count, leaving us to headshot these Turkeys with an encumbered shooting system.  It’s not fun! 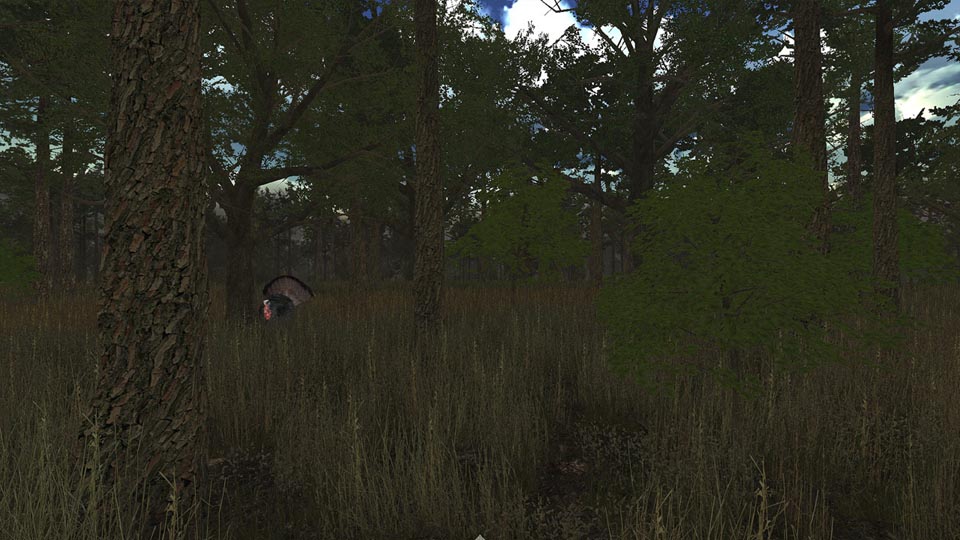 The patience required to kill one of these birds is nuts!

Wild Turkey Hunter VR aims to be a realistic version of the “sport” that just fails on too many points.  Travel is tediously slow and in my time playing, I averaged 1 turkey every 15 minutes meaning every other 14 minutes, I was just walking around making Turkey mating calls and questioning many of my life choices.  There is some unlockable gear available should you progress through the campaign/season but in all honesty, I couldn’t be bothered to attempt to get that stuff, but it looks like they make the game a bit easier.  The shooting mechanics are busted, the visuals are lacking as is the fun level making Wild Turkey Hunter a very poor VR adaptation.

What would I pay? I wouldn’t pay for this.  Proper controls would allow me to forgive many of my issues with this, but as it stands now this feels like a lazy port to VR that under utilizes just how immersive an experience this should be.