Skyfront VR is a simplistic deathmatch shooter with a unique system of flight and grappling hooks. While the game is extremely fun, and has potential to be a VR equivalent of “Unreal Tournament,” it’s marred by a severe lack of content or players.

In one of two maps, players (in teams of 6v6, 3v3, or free-for-all) duke it out with one of five weapons in a zero-gravity environment. Weapons are all well-designed and satisfying to use, and combat is fast-paced and fun. One particular weapon allows you to fly in the direction that you pull the trigger, and launches fast-reeling grappling hooks. 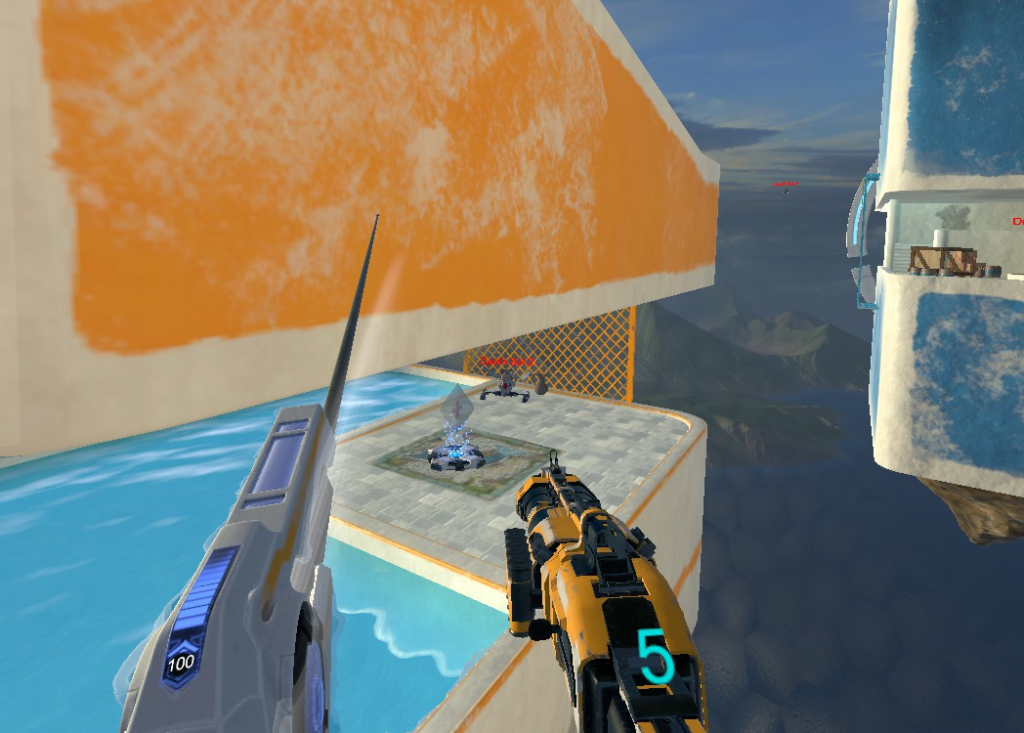 Flight, as well as grappling, is very well designed and only promotes the fast-paced gameplay in Skyfront. As a six-dimensional shooter, the combat system is unique to VR and compares only to space-flight games. In zero-gravity, with fast-paced, grappling-hook-infused combat, this works perfectly and allows for an addictive and unique multiplayer deathmatch experience.

You can customize your loadout between five weapons and five active abilities. These are all very powerful, and handle very differently. While some loadouts seem overpowered (such as seeing through walls and having a heat-seeking rocket launcher), they’re easily countered by others (such as invisibility with a sniper rifle). This leads to extremely well-balanced multiplayer combat, even at times when it feels difficult and frustrating. You’re allegedly able to customize your character skins, but the main-menu button is glitched and doesn’t lead anywhere. The same glitch can be seen with the “training” button, which doesn’t do anything.

This is essentially all there is to say about Skyfront. However, there’s one major problem that completely breaks the game: the lack of an active player-base. Skyfront never has more than one or two active players at any given time. You likely won’t end up playing with them unless you start a lobby yourself and wait for an indefinite amount of time while fighting bots.

The presence of bots saves the game, keeping it from being totally unplayable. However, their AI is terrible. They slowly float towards you and shoot with perfect accuracy, ruining the fast-paced style of gameplay that Skyfront is best for. While bots kept me playing the game for around 45 minutes, fighting them simply isn’t that fun. I had a blast whenever someone did join, but even then, it would just be 1v1 combat until they decide to rage-quit, leaving me fighting monotonous bots again.

At the time of writing this review, Skyfront simply does not have a sustainable player-base, and bots aren’t worth buying the game over. While the game is in early-access, this doesn’t really justify how few people play it. While this is an unfortunate consequence of making a VR multiplayer game, and isn’t necessarily the developers’ fault, this prevents the game from reaching its full potential. 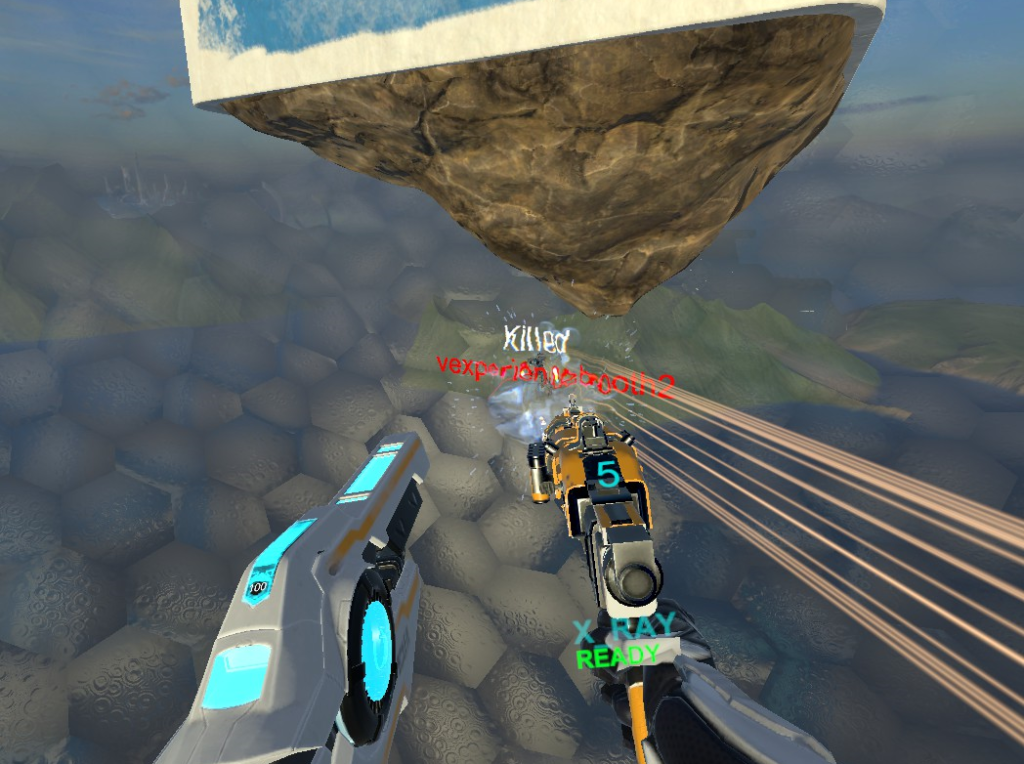 Is it Bigfoot? The Lock Ness Monster? No, it’s an actual, online player I killed in Skyfront multiplayer

What would I pay for it?  Skyfront VR is an excellent multiplayer-deathmatch-shooter, with quality game design and balanced, fast-paced multiplayer gameplay. However, there are rarely any players online, and bots have bad AI. While I’d nonetheless suggest you buy it to increase the number of active players, Skyfront’s $20 price-tag is way too high. Even if it had an active player-base, there’s little enough content that I wouldn’t suggest paying more than $10. It’s an otherwise-excellent game, but in its current state, it’s a tough sell.

Levity Play provided The VR Grid with a review code for this game and, regardless of this review, we thank them for that!