Real life simulation experiences are a coveted genre in VR. Whether you want to relax on a beach, fly in a glider, play as a Quarterback or do…whatever, there are a tonne of VR sims available that aim to recreate real world experiences in our headsets. For those looking to cast away their responsibilities and just take off on the open ocean, just you and sail boat, we now have Big Breezy Boat. A light sailing sim that puts you in charge of your own vessel as you cruise around the ocean.

No matter which control method you use, all you do is press on the touchpad or game controller to grab highlighted sections of the ship.  Whether it be the wheel, Sails or rigging you simply move a slider at each of those positions to steer the ship in the direction you wish to travel.  Wind is the dominant factor regarding ship speed and is identified by a small arrow floating above your head when behind the wheel.  You can teleport to several different points on the ship should you want a slightly different view of your surroundings, but thankfully all the options to move your boat can be reached from behind either of the 2 wheels. 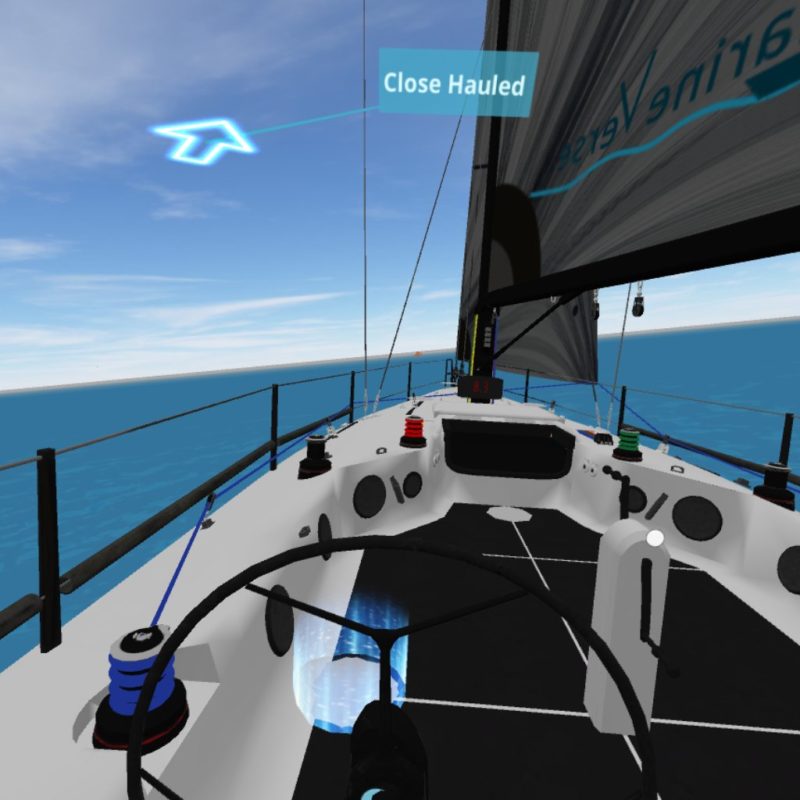 Big Breezy Boat looks good. The sail boat is fully realized and its cool to see the sail billow in the wind or catch a breeze and watch the ship pick up speed. The ocean waves look alright too, though there is no depth beneath the surface making the water you sail feel artificial, which is shame as that’s all there is to look at.  Besides the ocean, the only other sights to see are an occasional sea gull or buoy with the devs name on it.  When you pick up speed small waves crash at the bow of the ship and looking behind you reveals your trail in the water but other than that and a pretty good looking sunset, there is nothing here other than you and the ocean.

Audio is also sparse but fits what this experience is trying to deliver.  It’s just you on the ocean with only the sounds of the air and sea to accompany you as well as the errant seagull.  It works great as far as immersion factor goes, but I would have loved an optional radio here just to spice up the atmosphere a bit.

While Big Breezy Boat is a simple sailing simulation, that is ultimately it’s biggest weakness.  There is just nothing to do in the middle of the ocean.  The sights rarely change and while it is relaxing to just sit back and let the wind take you, that’s all there is to do here.  I just feel like a little more would have gone a long way, whether it be weather changes or the occasional wildlife sighting, just… something besides sailing a boat to nowhere. 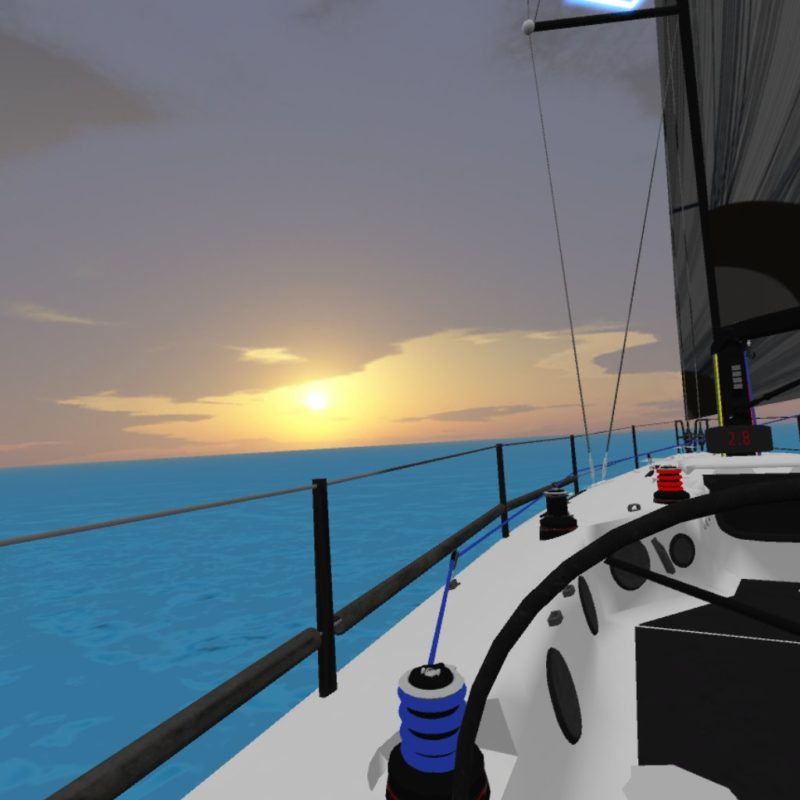 Big Breezy Boat aims to be a relaxing experience and I think in this regard, it does succeed.  If you are looking for a chill way to unwind in VR and the idea of sailing a boat intrigues you, then you may pleasantly surprised by this.  For anyone looking for a little more depth though, it’s just not here.

What would I pay? For what’s here the $4 price isn’t insane.  I probably spent 40 minutes messing around before I decided I had enough, but these kinds of relaxing sims aren’t why I enjoy VR.  If sailing around the ocean without a care in the world sounds intriguing to you, you’ll probably pull a little more from this then I did.

MarineVerse provided The VR Grid with a review code for this title and, regardless of this review, we thank them for that!