Warducks gave us PSVR users our 1st rollercoaster wonly experience with last years Rollercoaster Legends and apparently it must’ve been a moderate success as less than 6 months later we have been treated to their follow-up to that title in Thor’s Hammer.  Like it’s predecessor, Thor’s Hammer is a 6-minute(ish) ride through a fantastical realm, this time Norse themed, that sees a host of legendary gods and creatures from that mythology brought to life in another fantastical theme park ride with a new challenge mode! 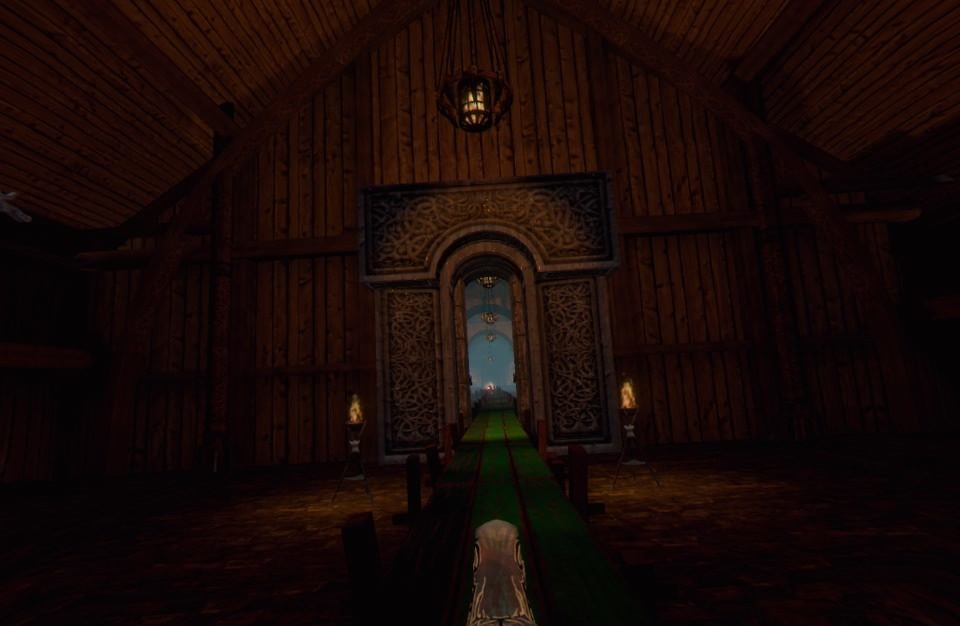 And so the ride begins!

The base ride plays like any other rollercoaster game with you just sitting back and taking in the sights.  There are no controls to speak of and even the option to pause and view the still 3D world around you has been removed, though I’m sure for most that’s a feature that won’t be missed.  What is new is the challenge mode where you must aim your “axe-head” controller’s laser (DS4) at 50 norse objects scattered throughout the stage.  Once you have the item in the path of laser, hit X and you get a point!  It’s a silly addition, but one that does offer an excuse to play this more then once and in truth, getting all 50 is a challenge.

Thor’s Hammer looks comparable to the original as far as visual fidelity goes so for those expecting to be blown away by this, you’ll be disappointed.  With that said, I would say this has seen a slight bump in the graphics compared to the first Rollercoaster Legends game and everything in here is quite crisp.  The track is wooden and throughout the ride you will be on and off-of it as you careen through some fantastic sights.  Archers fire flaming arrows your way, you’ll see a couple trolls, a frost giant or 2 and a few other surprises I won’t spoil.  While the ride plays the same everytime, I still enjoyed the ‘wow’ moments even on my 3rd go at the game. 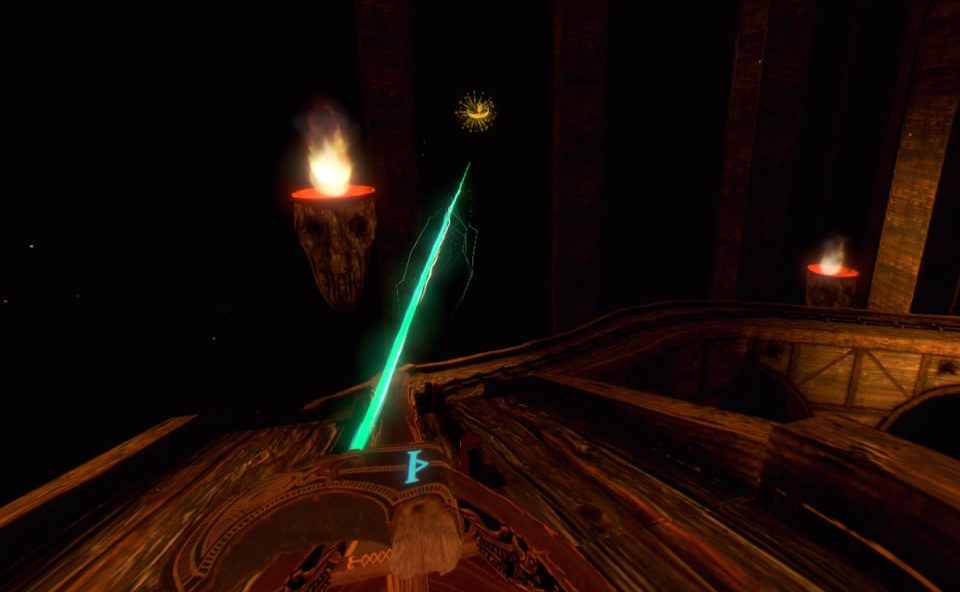 Can you grab all 50 objects in one go?

Audio is solid as well with the ‘clickity-clack’ of the wooden rails as your cart/chariot races all over the place.  The music is also fits the vibe with some great orchestral music that matches the pace of the ride.  It should go without saying…wear headphones!

It’s a fun ride and does what I expect/want from a coaster game.  Their seems to be a few more speedy moments in this one as well as a lot drops and rises,  giving this little ride a feeling of non-stop thrills.  I had no to real issues here except for that blasted ‘triangle’ button which when pressed, automatically brings you to the menu.  It’s a stupid annoyance as it’s the easiest thing in the world not to hit, but I did and bringing up a ‘Are you sure you want to quit? option would have saved me some grief. 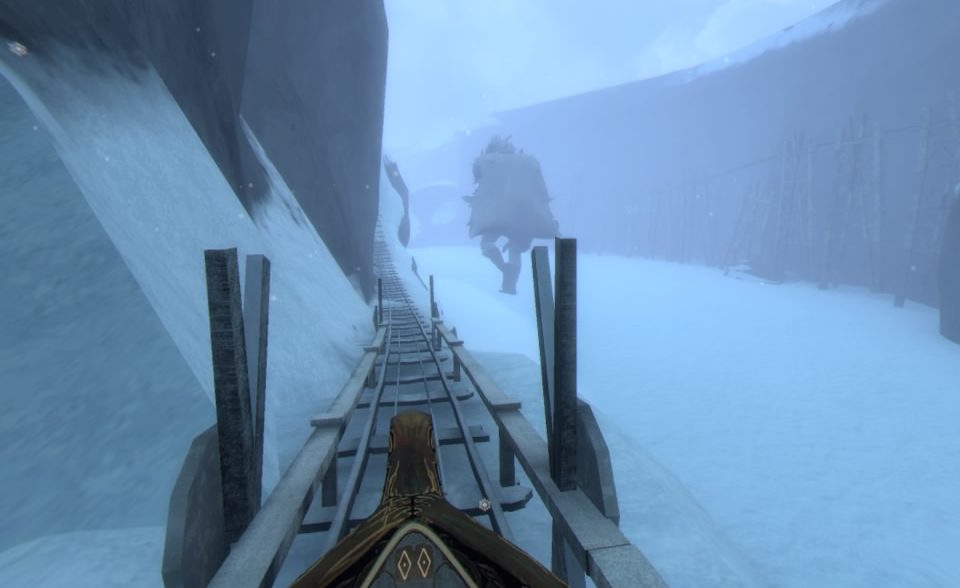 I recommended the last game to those looking to have some quick VR fun and something short to show off to friends who want to try VR and the same goes here.   This is a fun ride and the added challenge mode gives a little bit of replayability for those looking to gamify their ride.  For those who get a bit queasy there are 3 comfort options which just removes or changes the size of blinders, ensuring that a few more people can enjoy their little cart adventure in Norse mythology.

What would I pay?  $5.99 is perfectly fine for this.  It’s a fantasy cart ride with some cool sights plus the challenge mode will make you ride through this at least 1 more time just see how many items you can get.

Warducks provided The VR Grid with a review code for this title and, regardless of this review, we thank them for that!