Sometimes you just want to relax in a video game…and I don’t mean unwind with an first-person shooter, reigning all hell upon anyone that falls within your gunsights.  I’m talking about a straight up game designed to just mellow you out, which is what Sea of Memories provides.  In here you drive a boat around a large bay solving optical illusion puzzles centered around the memories of the character you are playing as. 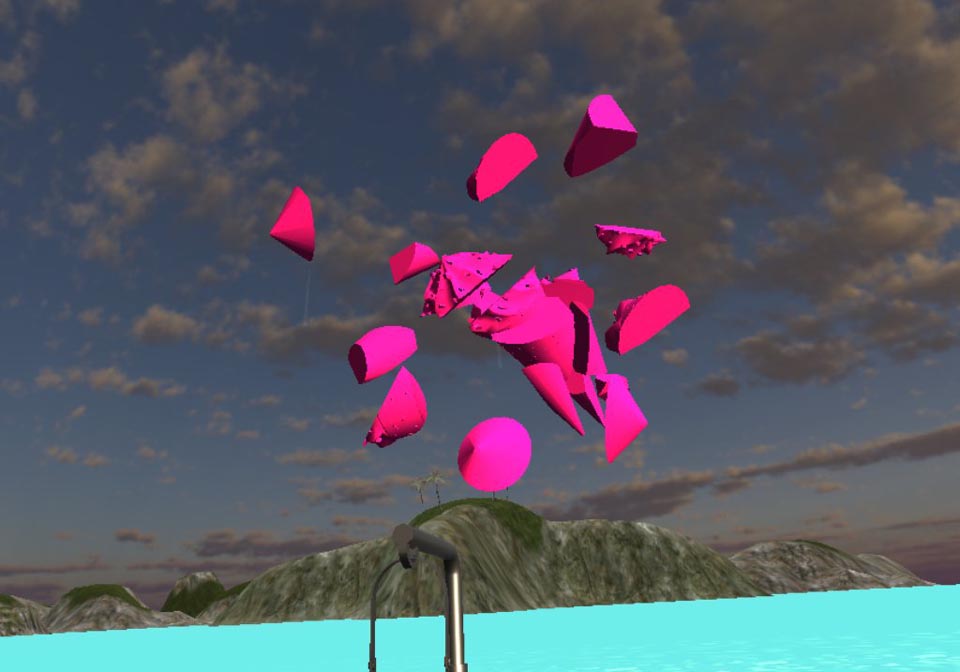 Rotate these pieces and find the hidden image

There are 2 different methods of control used in Sea of Memories.  The 1st has you at the helm of a small boat where you can steer the ship to the next puzzle.  Touching and dragging your finger left to right along the headset or touchpad will steer it and moving up or down will change the speed.  The second mode is the actual puzzles, which are giant floating shapes in the sky.  Simply drag your fingers on the touchpad to move the entire puzzle around until you find the right angle to create an image.  Getting relatively close has the pieces fall into place and fills in a memory in a book to your right.   There are 100 puzzles to get through and while each could conceivably be solved in mere seconds, the more complicated they get, the longer it will take you with some taking as long as 10 minutes until I found that perfect angle.

Sea of Memories looks alright but is nothing special.  The environments are drab consisting of either water or land and neither looks impressive but in all honesty, the whole boating section of the game kind of seemed like an afterthought.  The puzzles are where this shines with each being unique and challenging just how you are supposed to view these odd-looking sculptures.   When you solve a puzzle, the revealed image is brought forward while the excess pieces fall away into the sea, floating around you until you move on.  As you progress, a storm may set in or you will get a nice sunset view on the horizon and while I didn’t think the visuals were mind blowing…they do their job. 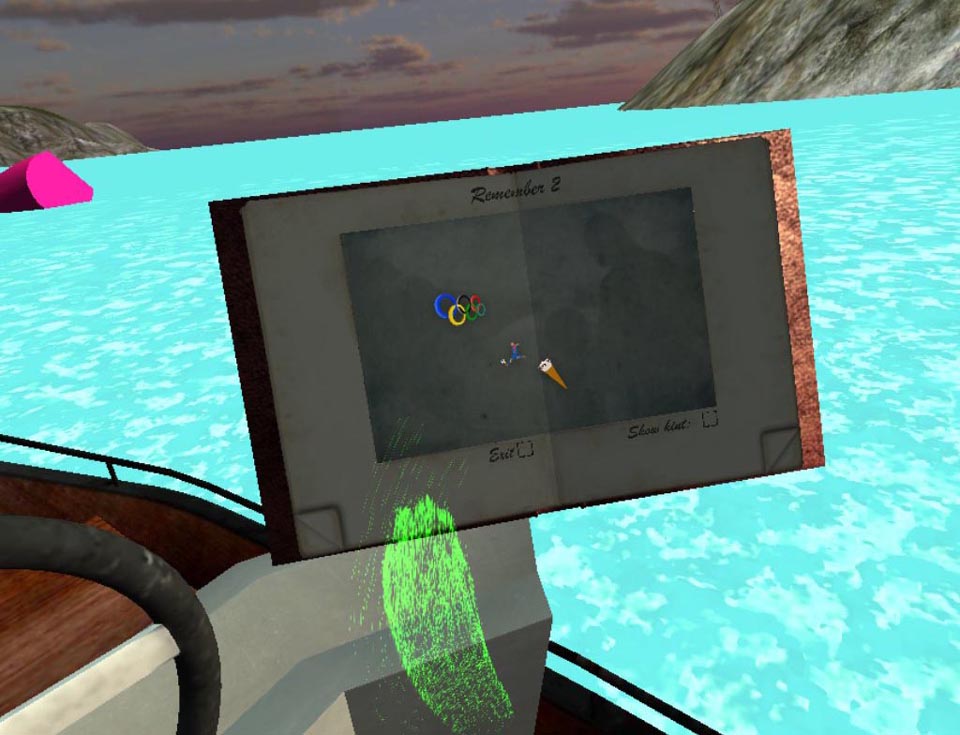 Fill in the memories in your diary

While the visuals are lacklustre, the audio excels and relaxing and immersing you in the game.  A beautiful piano soundtrack accompanies you on this little journey and sets the mood, eliciting a sense of calm and relaxation rarely felt in any video game.  The sound of the water around you and seagulls in the air just makes the entire experience a great way to unwind. As you solve puzzles a narrator pops up with something to say about that completed dream and then you are off to the next puzzle.

I found the boat controls to be a bit finicky, though never busted.  Just on a few occasions my boat would veer way to much to the left or right or not quite accelerate as fast as it should have.  Same with the puzzles as using the touchpad to manipulate them can be a tad rough as you try and spin those floating shapes around into a more ideal position, though once you get used to the way the puzzles move, this issue does get a little better. 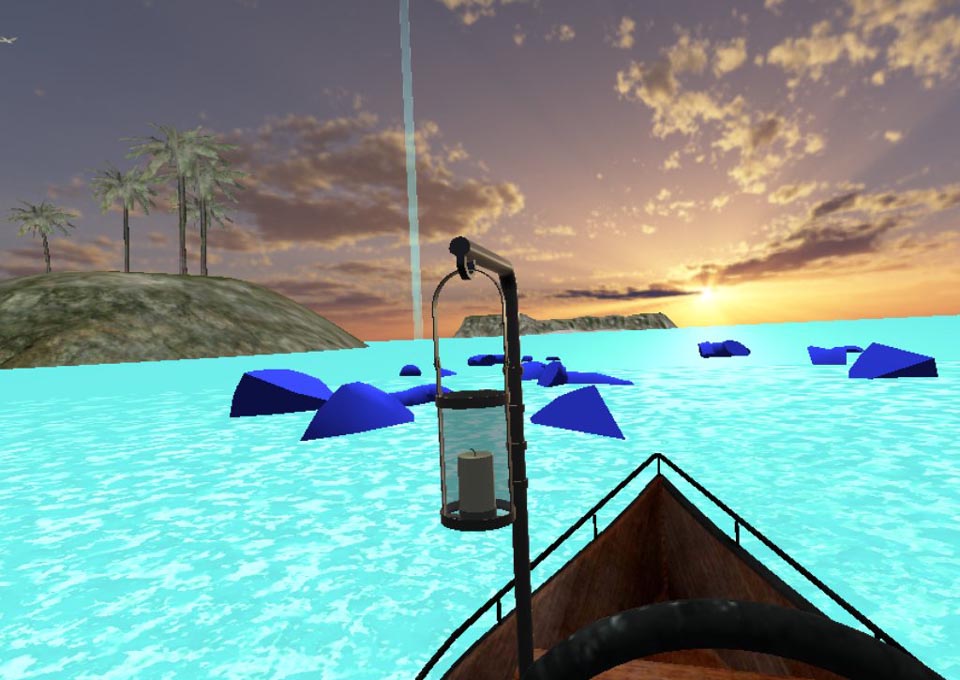 Sea of Memories is simple game that accomplishes what it sets out to do.  The puzzles are fun and while long play sessions may start to feel a little redundant, just popping in a for a puzzle or 2 is a great way to unwind.  When you look at just how much content is here, there really is hours of playtime and I can’t count how many times I said ‘just one more puzzle’ followed by me playing 3 or 4 more.  It’s so addicting to solve these ocular conundrums!

What would I pay?  This is $2 US in the Oculus store and well worth every penny.  Sea of memories is loaded with content, fun and sometimes challenging puzzles that makes this an easy recommendation for those looking sit back and relax.