This review had been updated from the original, published December 14, 2017, to reflect the addition of the free ‘First Class’ content update from October 24th of 2017

Have you ever want to be a super spy?  Now is your chance in IEYTD, a cleverly designed escape room style game that delivers on classic tropes from the Bond series of movies as well as establishing its unique comedic feel.  If you have ever played any stationary job sims or escape room VR games,  than you’ll be right at home here. 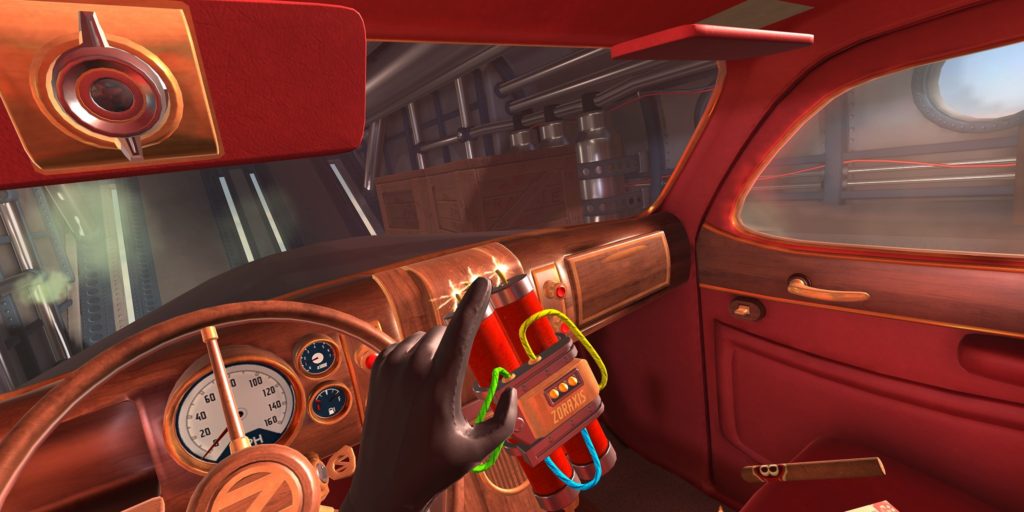 See those sparks above that dynamite…you’re about to die.

Like many VR titles, your hands are mapped to your controllers, and while DS4 is supported, it just doesn’t feel natural with your hands locked in place. Suffice to say, Move controllers just play way better here and allow you to multitask a bit.  Either way, the core of this game involves working with the items around you to resolve the situations you have been placed in.  Some extra depth is included with some telekinetic abilities that allow you to manipulate far away objects and aids in moving everything around you.  While this ability really doesn’t make much sense as far as practicality goes,  it’s a great shortcut that allows you to pick up accidentally dropped items and interact with objects that are out of reach. The introductory level/tutorial establishes everything you need to start you adventures.  Opening containers, mixing chemicals, diffusing bombs and a host other tasks await you.  Every mistake will typically end in death whereupon you restart the current mission from the beginning.  Learning from your mistakes and keeping calm under pressure is key to progression.  The levels each have their own optional objectives  so memorizing what to do as fast as you can will get you some extra achievements.

The opening sequence should be enough of a clue for what you are about endure as this is a series of spy missions with a comedic twist.  The missions are incredibly short, only taking you less than a few minutes to beat them…provided you knew exactly what to do.  The thing is, on your first play, you don’t know exactly what to do and that is where both the fun and frustration, in this game lie.  My advice is to figure out puzzles yourself, they will take time and you will die, a lot, but the satisfaction of solving them on your own is unrivaled.  The situations that you find yourself in have been ripped right out modern and classic spy movies and truly make you feel like you aren’t just saving yourself, but the world.   Surveying the environment and figuring out the next step in these puzzles is nightmarishly fun. 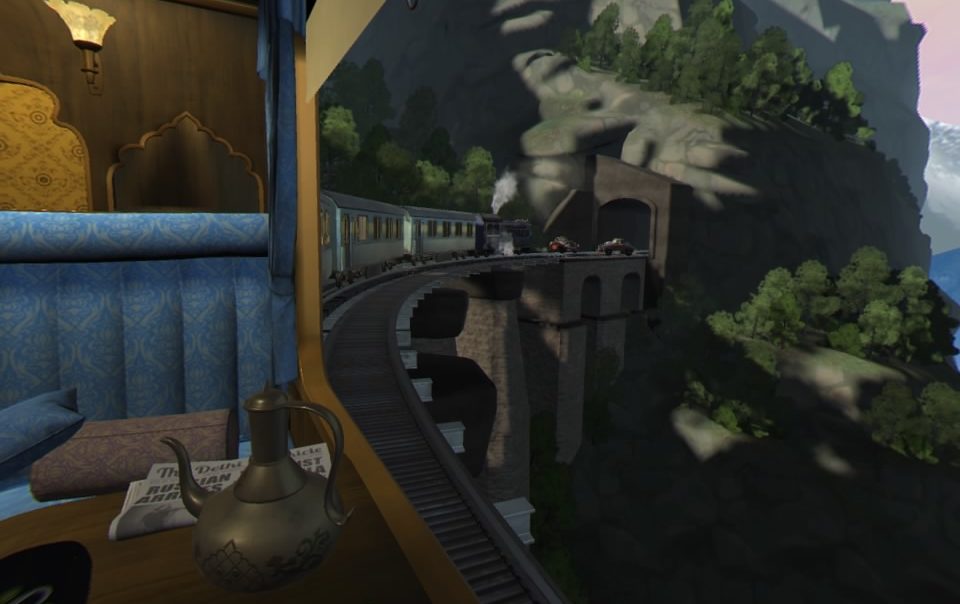 When armored vehicles block your trains path, its usually not a good sign!

The look of this game is super clean and polished.  Little details litter each level and the ability to manipulate most objects around really puts you in the game.  Everything is crisp with enough detail to immerse you in this super spy world.  Each level is its own “room” and looks nothing like any other stage in the game.  Whether you are in a plane, on the side of a building or riding on a train, each stage’s unique flare had me looking forward to what this game would throw at me next.  Bottom line is that IEYTD  looks great and I never encountered any kind of visual flaws or errors to complain about.  The audio as well is no slouch with a fair bit of voice work and sound effects to accompany your interactions with the world around you.  Just try banging stuff around on different surfaces and objects.  Voice over supplies most of the plot advancement in between and during levels and its full of charm and wit.   A lot of time and effort went into making this game sound amazing and it shows 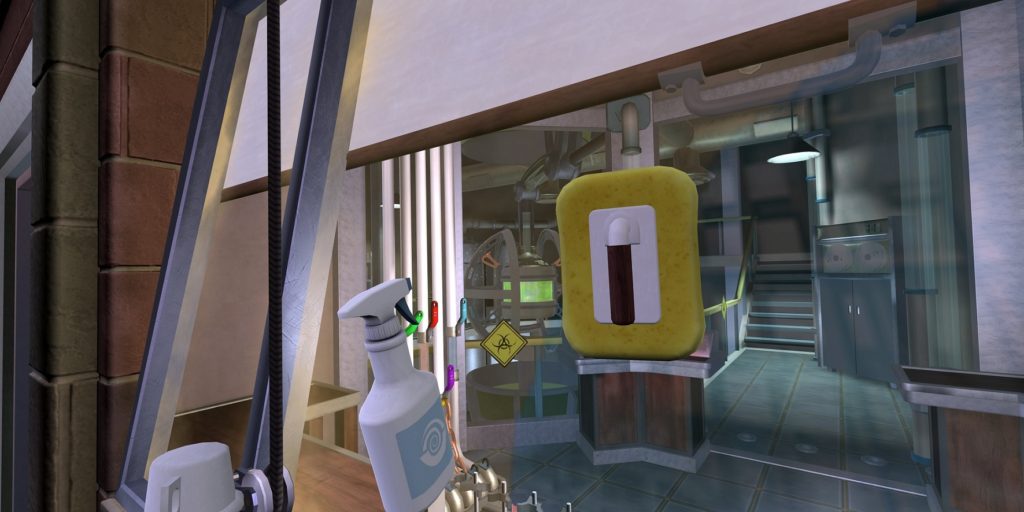 Check you out! You’re undercover

Ultimately, this is a game of trial and error.  You are going to die so much it’ll drive you nuts, but every time you progress to that next step is motivation to keep pushing forward.  While multiple deaths can definitely be frustrating, taking a deep breath and looking at your surroundings usually leads to a solution, or just taking a small break may give you some much needed clarity. The level restarts upon death which isn’t too bad as, once you figure out what to do in a level, progressing back to where you died takes less time with each retry.  I Expect You to Die now has 5 stages to play around in and each is better than the last.  This is great VR fun with a tonne of comedy, intuitive puzzles and classic espionage tropes that are sure to elicit the James Bond fanboy in many of us!

What would I pay? $25 is a perfect price. The 5 stages should provide you with a few hours of fun on your first try and multiple solutions to many of the problems provide some decent replayabilty.  This is great stuff!