FORM was released on the PC side of things all the way back in 2017 and received universal praise for it’s visuals and clever puzzle mechanics.  You play as a scientist investigating a mysterious monolith and after ‘activating’ it, are transported to another realm and must solve an array of dilemmas to find your way out. 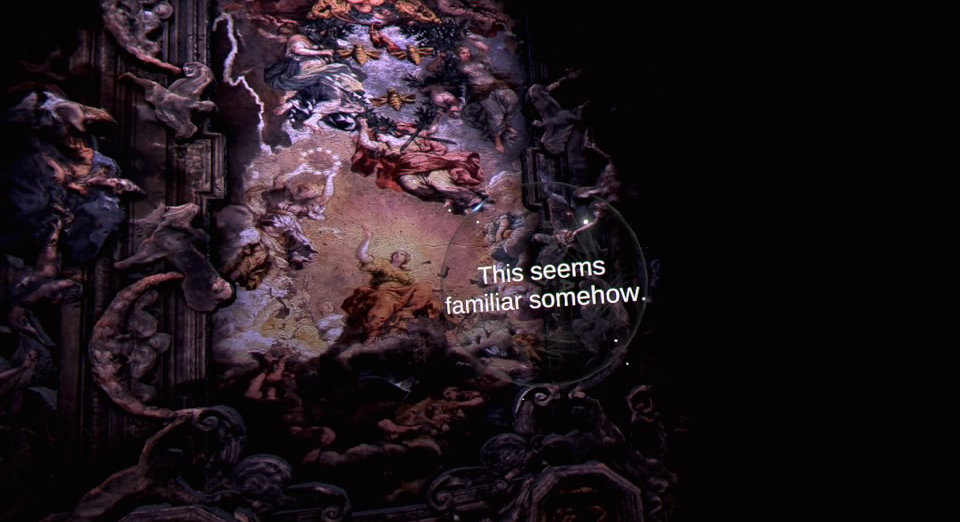 The puzzles come in a wide variety

Typical of most VR puzzlers, you play in 1st person and will require 2 motion controllers to do so as you’ll be grabbing, pulling, pushing and placing a wide variety of objects to solve each puzzle.  Also available, and needed, is a force-grab like ability that lets you highlight an object out of reach with a laser and pull it toward you.  From the get go you are interacting with items around you but once inside the monolith, things get very strange as you are now interacting with complex and strange machines that come in all shapes in sizes from simple boxes to complicated contraptions that are made up of tons of moving parts.  Each puzzle feels unique so as you move through the campaign, you never know what you are going to see next and because of that, the solution isn’t always readily clear which is probably the games best feature.  On my first romp through the campaign I finished it in less then an hour and I suspect it will take most around the same amount of time.  Besides the campaign is Cortex mode that lets you enjoy some of the settings from the campaign while music plays in the background and includes some minimal interactions. 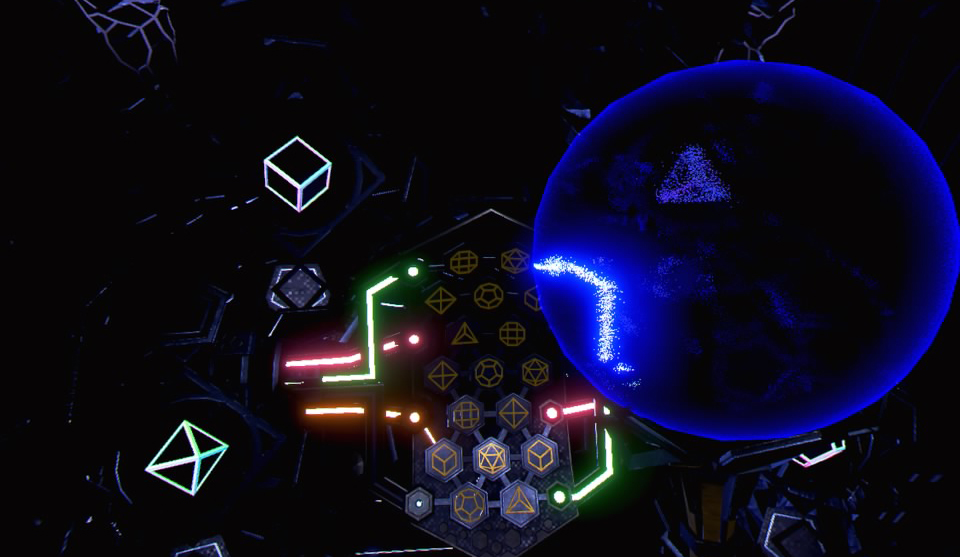 If it’s not the first, then the second-best feature has to be the presentation as FORM throws some of the most impressive visuals in the headset I have ever seen.  The PC and PS versions of the game are nearly identical save for a slight resolution drop on the PS headset and that the PSVR version is also a little darker causing myself a little confusion during 1 or 2 of the darker sections of the game.  Regardless, almost every moment in FORM is its own spectacle be it just watching machines morph and change into different or larger machines or just taking in a light show.  Some moments have the backgrounds reacting to your actions and while the game does have a solitary feel, the feeling of unlocking the unknown is a constant motivating factor to see just where the game is heading.  There are a few in-game cut-scenes that elaborate on the story though it’s rather lacking and really, for myself, made what little story that is here kind of confusing.

Gorgeous visuals typically come with equally ambitious audio and FORM is no exception to that statement.  You are stationary throughout the game, and with everything happening around you, the 3D audio is on point, often directing you where to look.  Solving some puzzles could result in an explosion of lights and sounds or something much more subtle with the atmospheric music playing in the background often being subdued, but ever present in the back of your mind. 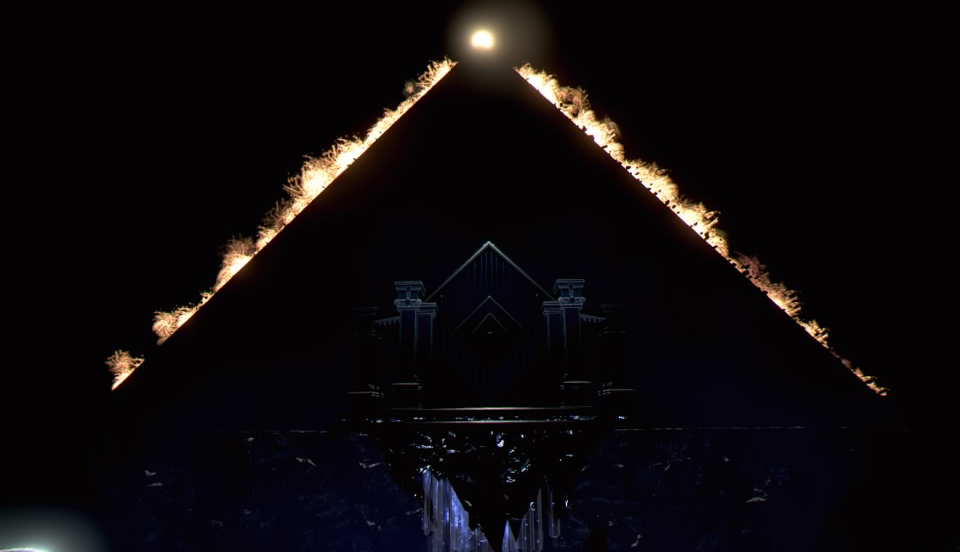 There are some truly stunning moments in this game

FORM gets a lot right when it comes to puzzle solving but may come off as rather simplistic to some.  Each puzzle has almost no relation to any previous puzzle so it’s entirely upon you to use your wits to figure things out.  Some are as simple as placing shapes in matching slots, with a slight twist, while other just require you to find and place sphere’s into ports to get to the next road block.  It’s not all grade school level easy as some puzzles did hold me for a few minutes until I figured out exactly what the game was asking of me which was the highlight as with every new puzzle placed before me, I was never initially quite sure how to solve it.  The puzzle design is the reason to pick this up as the narrative is next to superfluous offering the barest of explanation as to who you are and what the monolith is and while the story in no way interferes with the game, it leaves more questions then anything else.  ‘The Cortex’ is the interactive soundtrack portion I mentioned earlier where you can just chill to the music or interact with the stages in a few ways.   You can change the color scheme in each of the scenes or interact with 1 or 2 items around you or even create your own tunes thanks to a violin type instrument spread out around you in 1 of the environments.  Like the campaign, I was impressed by the presentation in this mode and for those looking for a zen experience in VR, this is that but I think for most of us, after a few minutes you’ll be bored as it’s designed to be a mostly passive experience.

FORM delivers where it needs to be a wonderful little puzzler in VR.  The shorter length may put some off, but this a spectacle that shouldn’t be missed, despite the issues I had with it.  It’s a fun use of room-scale VR that is nothing but pleasure for your eyes and ears and well worth your time.

What would I pay?  As a whole package, I think FORM is worth the $15 asking price but if you don’t care about the Cortex mode then I think $10 is a little more on point for those just interested in the campaign.

Charm Games provided The VR Grid with a press codes for this title and, regardless of this review, we thank them for that!