Blindfold is an odd little experience that is a tie-in to the non-VR title 1979 Revolution: Black Friday which centers around a photographer in Terhan, Iran during the events leading up to the Iranian Revolution.  I have never played that game, but based upon the store description, this is an epilogue of sorts to that story with you in the role of the photographer, now caught and facing a questionable interrogation at the hands of Asadollah Lajevardi, who is attempting to force a false confession out of you. 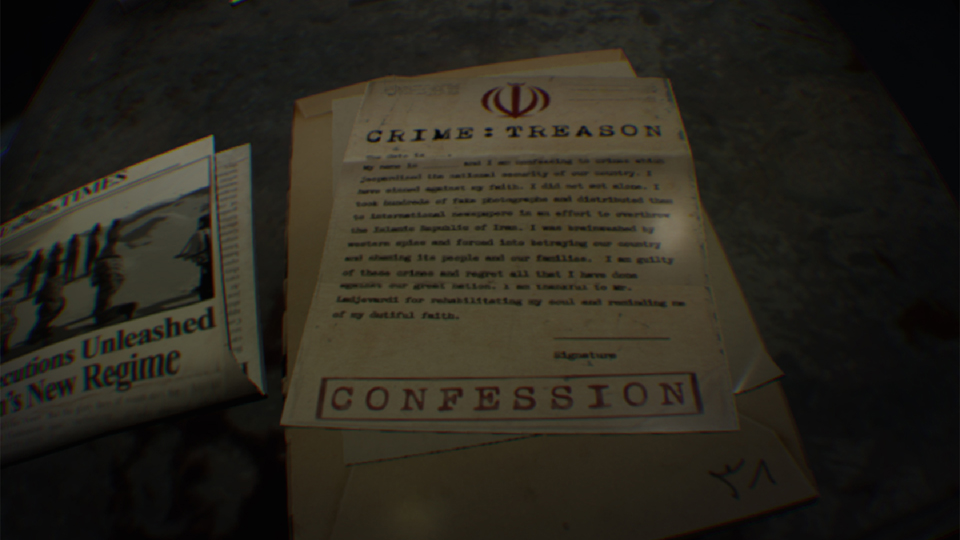 Confess to your crimes!

The controls here are simple as all you need to do is nod, shake your head or do nothing in response to your captor.  Playing through the scene will not take more then 15 minutes though multiple playthroughs will give you different interactions with your host.  I’m not totally clear on the goals here, or if there is a ‘true’ ending but in the multiple time I played this, the experience did end with a few different outcomes, but I also had the same ones on more then a couple occasions too.  Depending upon your actions or inactions, Asadollah will comment accordingly giving the 1-sided conversation a very natural feel, especially considering you are bound and gagged.

The game looks alright, though that should be expected given the small nature of this experience.  The entire game takes place in one room with another prisoner sitting across from you.  The room is poorly lit, bathing your surroundings in darkness which doesn’t consist of much more then the table you are sitting at, a nearby camcorder, cork board with documents pinned to it and a few items scattered around the room.  The character models are decent with a bulk of the performance coming from Asadollah, who paces around the room and further tortures the man across from you based upon your yes or no answers.  He gets in your face, hounds you for answers and is really the star of the show as he tries to get you to confess. 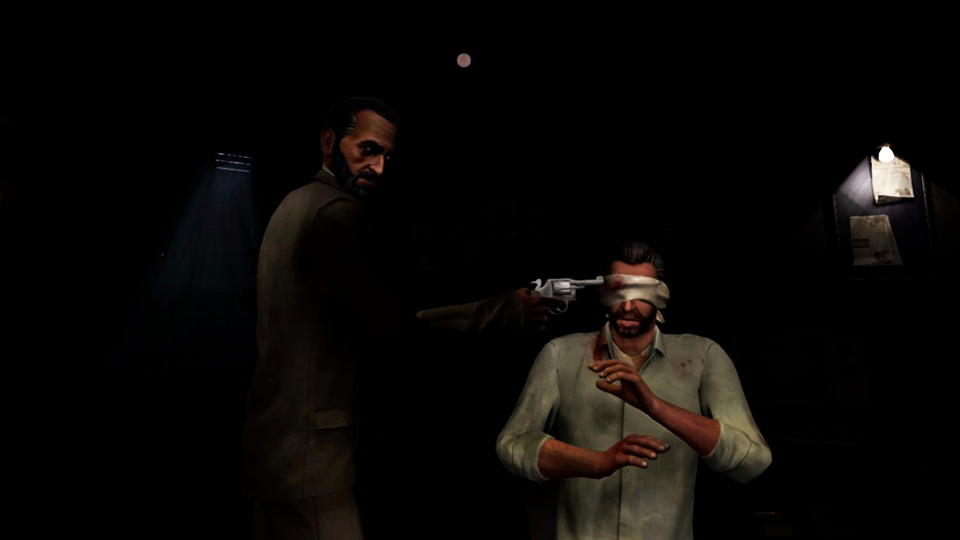 He will do anything to get your confession

The entirety of this experience relies on the performances of the 2 actors around you and they thankfully do an excellent job and playing their respective roles, delivering top quality performances with some solid 3D audio making sure you focus on what you need to.  The opening moments have you sitting silently across from your comrade as the sounds of tortured screams nearby let you know what you may be in for.

Blindfold is an intense experience reminiscent of the Resident Evil 7 ‘The Kitchen’ demo with you feeling very isolated as events around you unfold with minimal control on your part.  Lajevardi’s calm demeanor, broken by moments of rage keep you guessing at his next action and as this is based around real-world events, it’s a little disturbing to realize that there are people possibly going through similar experiences as you read this.  That’s no to say this is a perfect experience as the largest thing missing from this is context.  Without having played the previous game, I have almost no idea what Lajevardi is talking about in regard to my claimed crimes and the “evidence” against me.  Most of this ends up being inconsequential to the experience as multiple plays reveal just how irrelevant this information is, but it still feels missed all the same. 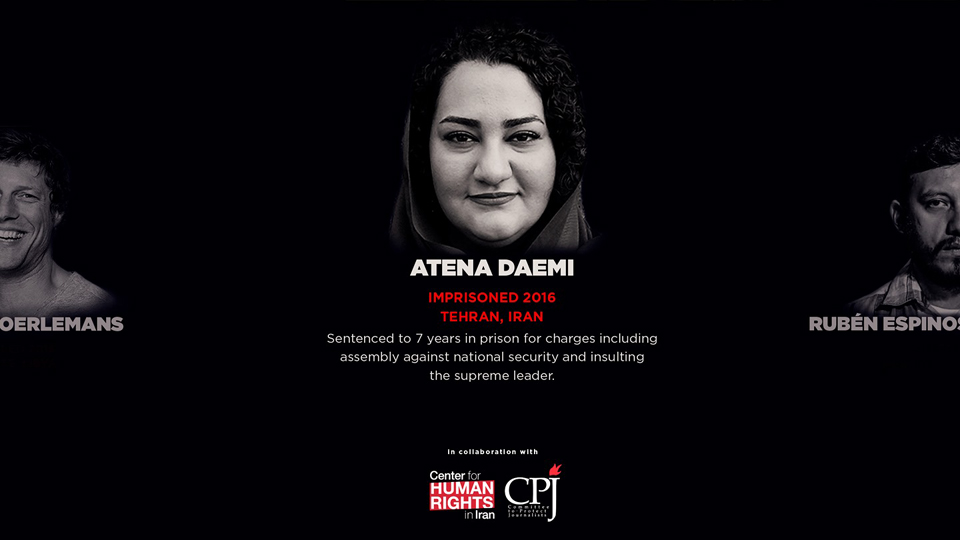 After the experience, you can view a list of those who inspired this title

Blindfold is an experience with a message about journalistic freedoms in countries unforgiving of anything but their own propaganda as is laid out upon the games completion when you can view the histories of some journalists who were held in various countries for no other crime then reporting facts.   It definitely feels like a singular chapter from a much larger story, but delivers a quick, realistic and heavy experience that capitalizes on the immersion of VR.

What would I pay?  This is free for the Rift headsets and $2 on the PlayStation VR and is worth couple of dollars if you have the Sony headset.  It’s short and sweet, but even playing through the game twice to see different reactions and outcomes is worth it as you can follow a very different path to the end.

Digerati  Distribution provided The VR GRid with a press code for this title and, regardless of this review, we thank them for that!