Townsmen VR is in Early Access, but don’t let that turn you away. While there are issues that need to be ironed out, this game is perfect for fans of the light strategy and town management genres. There is just enough going on to keep your interest, but not so much that it will become overwhelming. 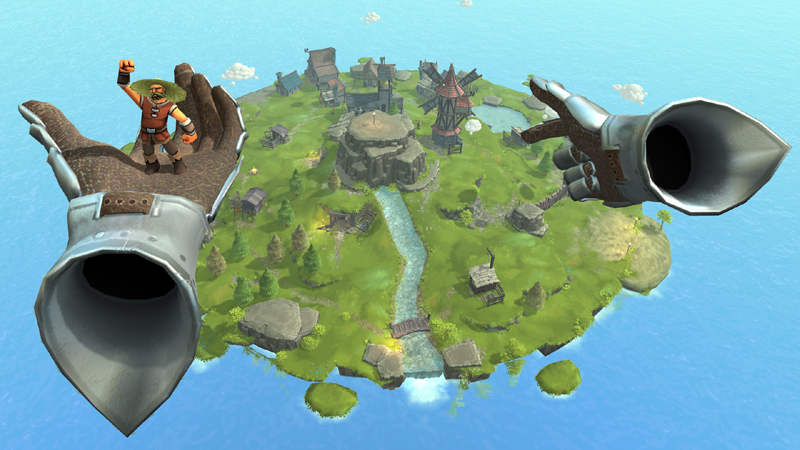 The world is your oyster…or at least this island is.

Townsmen VR takes place on a lone island, where you are tasked with building up a community, managing its resources and population, and defending from incoming invaders when necessary. Most of your time is spent assigning different townsmen to different tasks and buildings in order to gather more resources, to build more buildings and expand your town. Fishing, Farming, Stone gathering, hunting, and more is all part of the town you will grow.  It’s a cycle that fans of the genre are familiar with, and it is even more enjoyable in VR. Getting to be surrounded by your town, rather than just clicking around on it is very enjoyable, and the controls are well thought out. Simple hand gestures shrink or increase the map to allow for flexibility while playing, and movement around the map is a simple grab and pull. 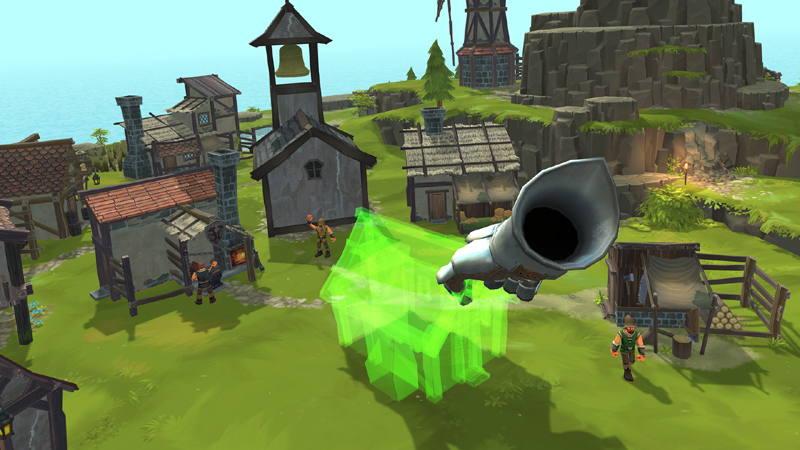 If you are into RTS games, you know the drill.

Graphically the game looks polished. A few objects can be found clipping through others from time to time, but the bright color palette and solid animations make up for any little graphical glitches. The audio too is well done, with each action your townsmen make associated with a tiny sound effect. The clink of metal while a sword is being forged, the hit of an axe on wood as a tree is cut down. These little audio cues really do wonders for immersion when your town is bustling with activity.

The only major issue that came up while I was playing, was that sometimes when you assign townsmen to a task, they stand around and don’t complete it, because there is a different resource they are missing. It would be nice to have some sort of notification of this. Several times while building my barracks my townsmen stood around waiting for me to figure out I needed more stone, which I thought I already had. I was unsure at that point if it was something I was doing wrong, or if they weren’t getting the message I wanted them to keep building my fort. Later on, it was clear it was my issue, but when players are unsure if the AI is working in characters it is time to take a look at how the player is getting information. One nice thing about this though, is you are never unsure if a townsman has been assigned to a task. Each one wears different clothing according to their task, and if they run out of the ability to do their task (except when more materials are needed) they will walk over to you and wave their hands in the air to get you attention. So, it’s not all a loss! 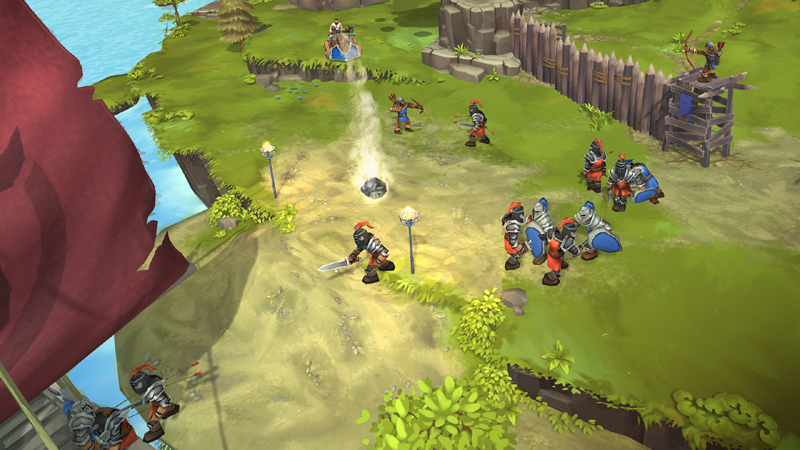 Prepare your Townsmen for combat!

I would definitely recommend Townsmen VR to anyone who enjoys strategy games or who is interested even slightly in the genre.  With it being in Early Access I’m sure the few issues will be fixed, and more content will be added in.

What would I pay?  Right now, Townsmen VR retails for $9.99 and that seems like a fair price to me. The game is fun and engaging, and $10 feels about right.   It is well worth picking up, and is a welcome addition to the catalog of VR games.

Handy Games provided The VR Grid with a review code for this title and, regardless of this review, we thank them for that!