Gem Hunter is a fun game. Just like a 1st person Super Mario 64, the player runs around a variety of themed levels collecting tokens while looking for a large goal item. In Super Mario 64, the item is a star; in Gem Hunter, the item is a large shiny diamond. While the inclusion of a hub world and the simple art style also remind me of 3D platformers of old, the main difference is your mode of transport. 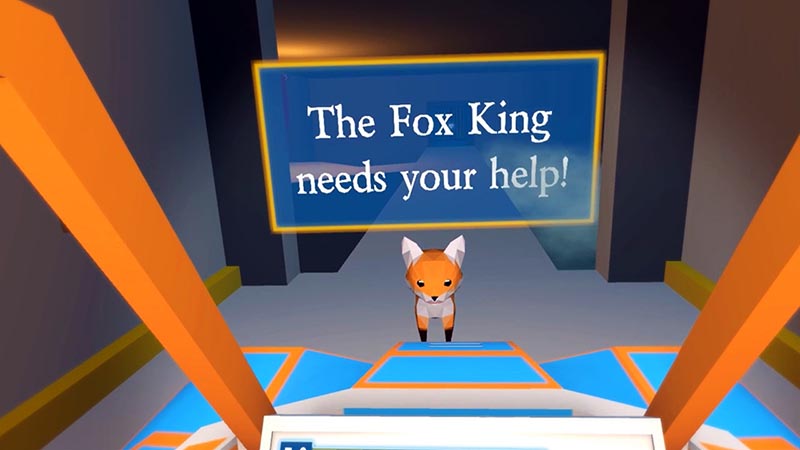 It always starts with someone needing your help.

Gem Hunter allows the player to move by giving them a small ship that uses fuel to go up and forward, while also including a small turret to shoot obstacles and enemies. This ship is clearly designed to be a comfort cage to help mitigate VR sickness, and throughout my time playing the game I did not feel any sickness, although in most VR games I do not.

Flying around each of the maps blasting away debris or enemies, all while trying to find one of the several level-ending diamonds is fun. Flying your ship is not super precise, but I didn’t ever find myself failing a level because of the floaty feeling of the controls. The music is upbeat, and the colorful worlds all feel nice to explore. I particularly enjoyed some of the challenge in one of the winter themed maps; I continued to play the map until I found all of the diamonds. There is a story, but it’s light and is easily ignored if you just want to have fun. The 4 bosses  provide a nice change of pace to the regular levels, but I did get a bit frustrated with the first boss. I was having such a good time, without too much trouble, that when I did meet her, I was surprised there was a slight difficulty spike.

Graphically the game is fairly simple, nothing flashy, but what is there helps with the world building, and even people with GTX 970 cards and a bit lower should be able to handle the game easily with no struggle. As previously mentioned, the music is great, and all of the sound effects really fit nicely within the games’ style.

Gem Hunter offers up a few customization options to make the ship feel like your own and while most of those options are power ups you’ll need to traverse the game, you can customize the look of your ship a bit.  To further make the game your own, choices are presented during the campaign that can give you a few different endings so even though the story isn’t to engrossing, should you enjoy your time in Gem Hunter, multiple playthroughs won’t end the same way. 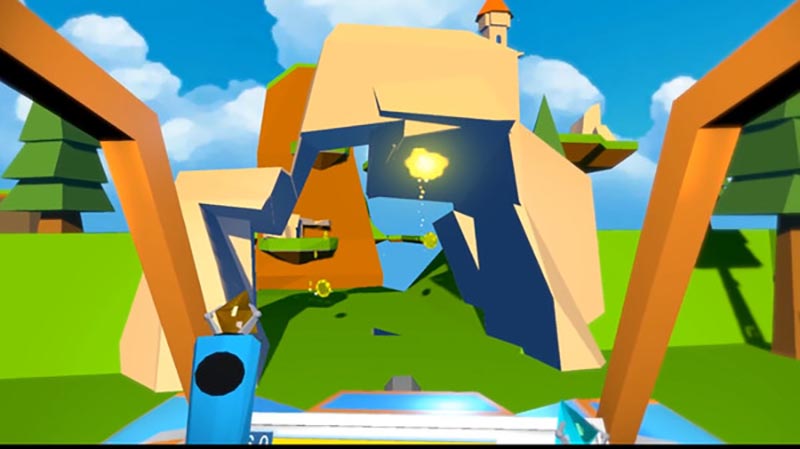 Armed with a few weapons, you’ll have to shoot your way through not just enemies but the environment as well.

My other gripe with the game is that I would have liked a few more stages, don’t get me wrong, there is a decent amount of content here, I just would have preferred a little more mix up on the levels.  The hub world could also use a little TLC as it feels a little barren an empty.

Gem Hunter is fun but is not overly challenging and is a solid throwback to platformers of old.  With a few hours of content, multiple endings and customizations I can see myself revisiting this Gem Hunter when I’m in the mood for some classic platforming action.

What would I pay? I would happily pay $5 for Gem Hunter. It’s got enough content for the price point, and it’s fun to play.