OH, MAH GAWD!  This is it, the moment we have all been waiting for!  For the (almost) first time you can now play as some of your favorite superheroes in glorious VR thanks to the Justice League VR complete…. oh, experience…never mind.  Any hope of this title being anything other than a flash in the pan was dashed using that one, awful word.  What we have here is a loose tie-in to the Justice League Movie that thankfully doesn’t ruin any plot points and just sticks to ruining any VR fun. 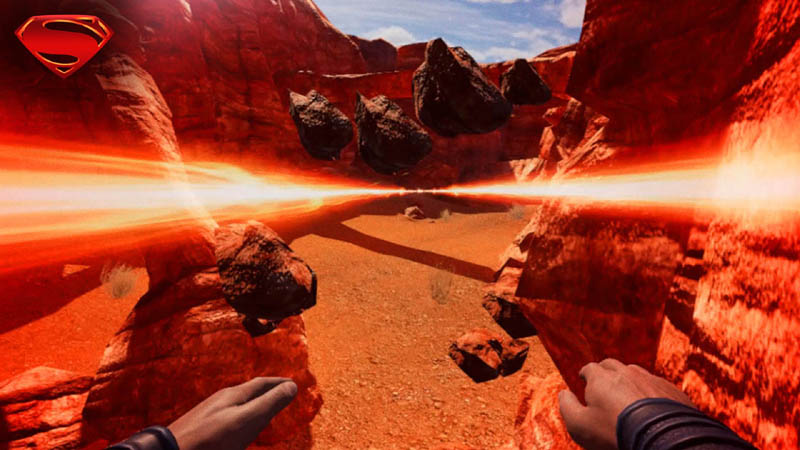 Smashing through rocks was fun for about 10 seconds!

Besides the Batcave, which acts as the menu and features a few items to check out, the bulk of the action takes place in superhero simulations.  Each of the 6 mini-games plays slightly different from each other, but none of them ever had me feeling comfortable.  Using only 2 Move controllers, you will be required to fly, teleport, hack-and-slash, swim, shoot, and navigate subway tunnels, all with varying degrees of success.  Flying and swimming require you to place a hand toward the camera to move faster, which worked so infrequently it ruined those 2 games.  Shooting with Cyborg is a standard fare that takes way to long, swinging your sword with Wonder Woman is a wagglefest, Batmans driving mission is ok, but marred by crazy easy difficulty and unavoidable crashes.  Lastly is the Flashes speedy romp through subway tunnels as you move your arms as if you were running which would be a lot of fun if it worked…it doesn’t.

Some stages look better than others and the visuals here are mostly inconsistent.  Moving around the Batcave lets you view the Batmobile and few other items that are rendered in very high detail.  That detail is carried over into Batman’s and Cyborgs game, both of which contain some oddly high detailed objects.  The rest of the missions all suffer from bland, boring visuals with some awful textures.  Parademons contain only a few animations and all are the same model.  Environments are bare looking, bland and are plagued with clipping issues.  As you play each hero, you can see your hands and forearms which all look like they are supposed too so I guess there is that. 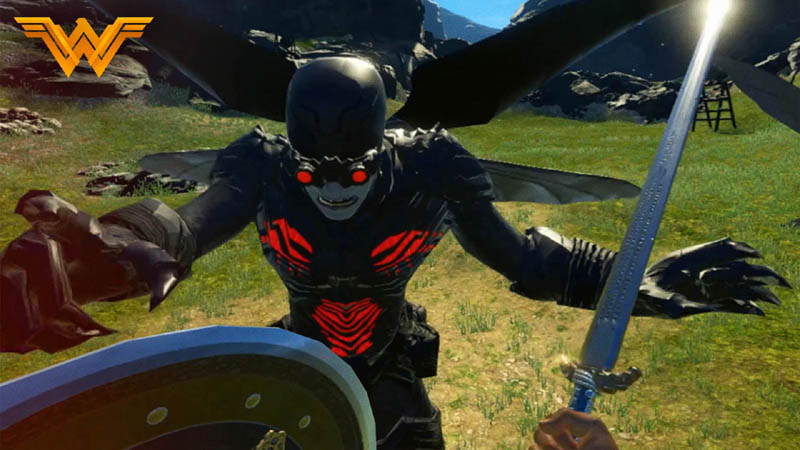 Is it racist that I think all the Parademons look exactly the same?

The audio is…not good.  While Jeremy Irons(as Alfred) provides some commentary during the pre-mission briefings, that’s about the only highlight here and some of his lines don’t even make sense given the context of the game.  Every mission contains no music at all (minus when the Wonder Woman theme kicks in after activating here special power) and sound effects are just repetitious.

None of the controls work as they should and I struggled through every single mission I played.  After you complete a simulation, you are awarded a score and 2 million points gets you an unlocked costume.  I never came close to getting that 2 mil score, nor do I have any drive to return to the game and play these again.  I found myself getting ahead of the enemies during the race missions and had so much trouble controlling my speed, I just gave up.  Flashes mission required me to tilt my head to navigate around incoming objects and I think I hit every single one as incoming objects appeared to soon and the turning mechanic feels like its need to be reversed to work properly. 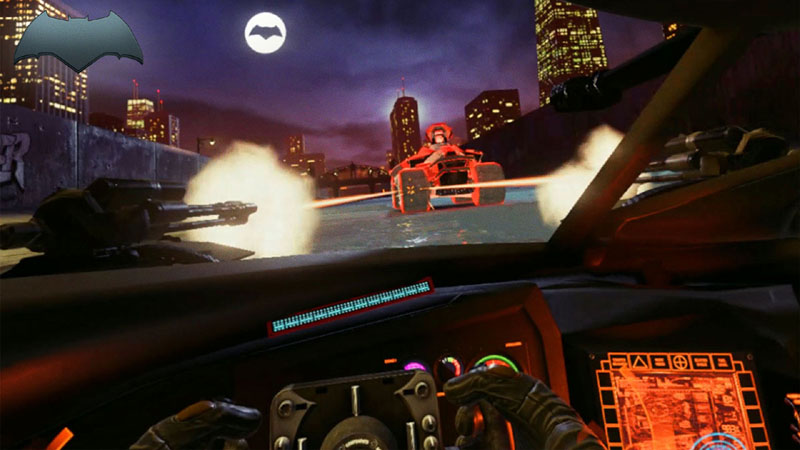 This looks more fun than it actually is.

It will take you less than an hour to see all this game has to offer and the only to reason to come back would be to get those high scores, which means playing more than once, which is 2 more times than this game deserves.  This is an unplayable mess that offers more frustration than anything else.  These kinds of experiences just leave a foul taste in my mouth and not worth the drive space they take up.  Stay far away.

What would I pay?  I wouldn’t pay for this and you shouldn’t either.  I felt more like a hero doing the dishes. This sucks.