[***Disclaimer: I had previously reviewed Runesage and after much thought, and consultation with the developer, realized there were some comments I made that misrepresented the game.  For this, I would like to seriously apologize both to Mr. Gilbert and any readers who got the wrong impression of Runesage. Additionally, a recent update was released which tremendously improved the game. Between my previous misrepresentation, and the new update, I owed it a second look and a more accurate review of the game as it stands today]

RuneSage is a fantasy adventure puzzle game in which you must seek out hidden maps, which you must use to find crystals, which gains respect from other wizards who give you new spells, which help you uncover more secret areas. The game’s environments are diverse, but this cycle repeats throughout them. This can get boring or repetitive, though it can be really enjoyable if you think of it as a fleshed-out scavenger hunt. The game features a unique spellcasting system, where you must use your wand to sketch out symbols that are cast as spells. 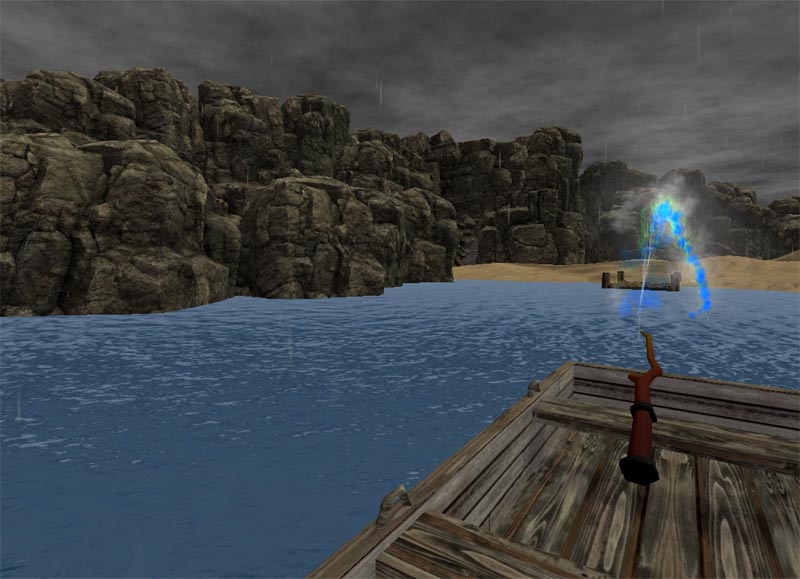 Although the steering mechanics aren’t great, learning that your spells can control boats is a fun moment

You’re placed in an open world that you must explore, searching for maps. Any given map is tied to its respective element (IE: Earth, water, fire, etc), and leads to secret areas. You must think about which environment lines up with what map, and analyze cryptic clues that denote magic-sensitive walls. You can then use a spell on these walls or rock faces, which opens a secret room which may contain various challenges or puzzles that you can complete to find crystals. Finding crystals often convinces mages to teach you new spells, which can be used with the maps you find to seek more crystals. For the first hour of my time playing, I did not enjoy this system at all. I thought it was boring and repetitive. Still, your discovery of new areas eventually reveals a certain charm in Runesage which isn’t found often in games: it’s a scavenger hunt.

In most games, item-hunting and map-interpretation mechanics translate into mediocre fetch-quests; a fate which, for a few hours, I thought plagued Runesage. After seeing most of its massive open world, and solving its diverse array of puzzles, I realized that the game is a purely a fantasy-themed “scavenger hunt simulator.” If you enjoy scavenger hunts in real life, or you get enjoyment out of (real) easter egg hunts, then you’ll love Runesage. I frequently had sudden realizations in how to progress through the game, which characterized some of the most fun I had during my play.  Sometimes, I would realize that a new spell might help me beat a puzzle I was stuck at hours prior. Others, I would find in a new environment and realize that it looks like a map I found earlier- suggesting that the crystals must be hidden nearby.  Unfortunately, due to the its structure as an open-world scavenger hunt, Runesage’s pacing  is its biggest problem.

My first hour or two playing Runesage felt unequivocally awful. I was bored, confused, and left aimlessly wandering a section of world that felt like it had no substance. Due to its very structure, you won’t see anything fun or interesting- until you actually find it. This process of discovering fun gameplay elements also starts out feeling unintuitive until well after you’ve unlocked numerous spells, and come to understand how the mechanics work. Some deeply hidden spells are integral to the gameplay, and will make many future puzzles feel much more intuitive to solve. However, finding those spells might prove boring or confusing. The game gradually becomes more entertaining as you play, starting out mediocre but becoming more fun with every puzzle you complete and spell you learn. The developer has addressed this issue in the past and is continuing to do so, which is admirable. Unfortunately, I’m worried that this issue is, to some degree, inevitable. Seeking spells, maps, and crystals has to stay challenging. This is a puzzling scavenger hunt after all- you shouldn’t be given too much right off the bat! Additionally, as I mentioned earlier, finding out that a previously-frustrating puzzle could be solved with a new spell is one of the game’s most satisfying gameplay elements. For this reason, under some cruel irony, Runesage’s most fun aspect is simultaneously its biggest flaw.

The style of puzzles which you encounter is hit-or-miss. The first one is just a maze, for example: wandering through what feels like a real corn maze, which (personally) doesn’t seem fun to me at all. Some, such as a pressure-plate puzzle, are successful twists on classic puzzle formulas. Others, such as timed boat-racing, are a unique and enjoyable challenge- but don’t contain any real “puzzle” elements. At any given moment, the amount of fun I have playing Runesage depends hugely on which puzzle I’m currently working on. The game is brought down by this inconsistency, but many of the puzzles are still fun and challenging. 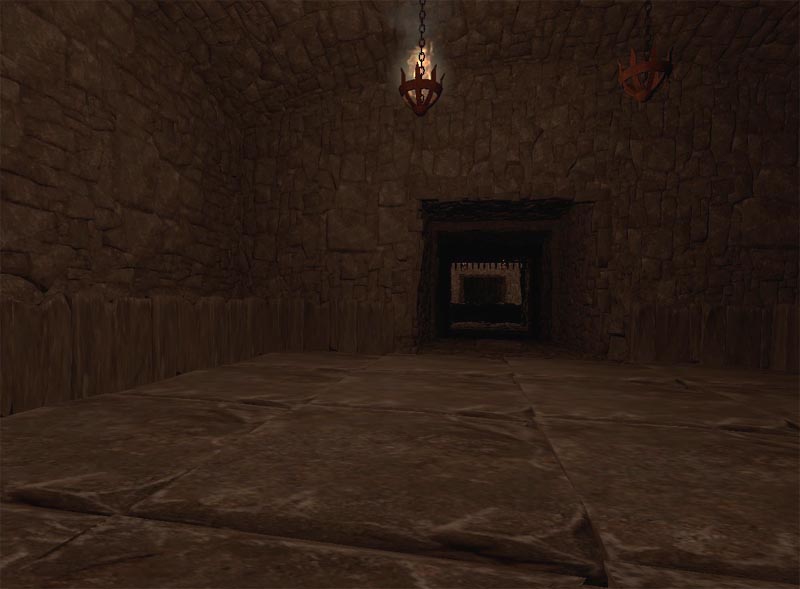 Pressure-plate puzzles can be frustrating, but their design as a challenge really isn’t bad.

With the general gameplay method of unlocking new areas in a large open world, Runesage has an impressive content value. It boasts over 15 hours of gameplay, spread across a huge number of diverse environments and utilizing 36 spells. In my aimless confusion during the game’s introduction, I assumed this didn’t speak for much. If a game isn’t fun, why should you care if there’s a lot of it? However, after unlocking more spells and areas, revealing the aforementioned pacing issues and gradually-increasing fun factor, I am thrilled by the amount of content present. It gives off the impression of an intimidating, expansive quest that requires you to go on a long, whimsical adventure. Once I learned how to actually access it, I realized how much this game benefits from its depth.

Runesage’s spell-casting system has some serious design flaws, but integrates into its puzzles excellently. The spells compliment the overall gameplay exactly as you’d hope. You have to draw out symbols that sages teach you, which can be sucked into your wand and cast out as elemental energy. They can be combined before casting, often yielding a more exciting and useful spell. There are vague clues on maps, which point out the spell (or spell combo) you should be casting and where.

Although they work well with the environments and puzzles, there are some problems with the spell-casting system. Some spells are completely useless unless involved in a combination. The water spell, for example, provides a small sprinkle out of your wand. It’s completely ineffective unless combined with a different spell, such as wind, which turns it into a hose. The wind spell is independently useful, so why not make the water spell inherently useful as well?  Additionally, the physical act of casting spells feels off. You’re required to over-exaggeratedly swing your wand forward, which is cumbersome and unnecessary. Loading up the spell, then pressing a button to cast it, would be a much better system. 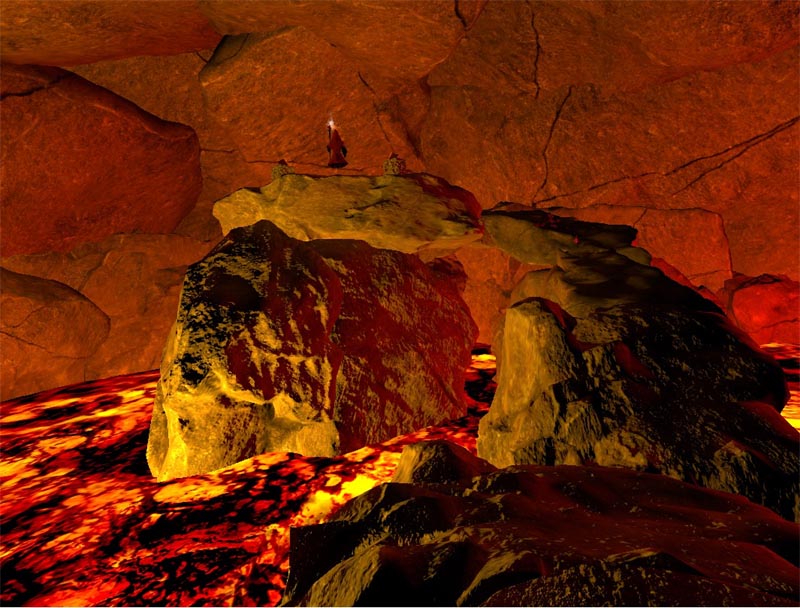 This sequence is cool, and finding it was a rewarding challenge.

The graphics aren’t great by any measure, but they’re unique and acceptable. Most environments feel drab and unexciting, but are designed pretty decently. Lighting and textures are pretty good, but aliasing and texture filtering look low-quality. Although not the best graphics I’ve ever seen, they fit an excellent aesthetic that Runesage succeeds at holding. It feels like a classic retro fantasy game, such as “King’s Quest,” in VR. This aesthetic adds a patently “Irish” vibe, with peaceful imagery and lush forestry. The game’s overall style succeeds from this environment. Textures and texture mapping have plenty of room for improvement, but don’t concern me much.

One thing I should discuss is the claim that Runesage is “relaxing,” a claim echoed by many of its Steam store page reviews. This is a highly subjective claim, but this game relaxed me in the same way that fishing is relaxing. It’s not necessarily relaxing so much as it gives you a mellow, peaceful experience. It’s not a walking simulator; its relaxation comes not from its atmosphere, but from its atmospheric simplicity. I found this boring, but it’s a highly subjective situation. If you think activities such as fishing give you a relaxing space for you and your thoughts, then you’ll likely view Runesage in this regard.

Runesage’s user interface is generally quite good. Your menu, appearing on a large book that you can summon, contains nearly every setting I’d expect from a VR title. You can use both smooth locomotion and teleportation, both of which work exactly as I’d hope. The game is also relatively bug-free as of this review, having been updated to fix most of the game-breaking issues. The only problem still frequent is that clipping through walls (an accident that is very easy to trigger) causes you to fall through the map, and respawn all the way back at the beginning of the area. 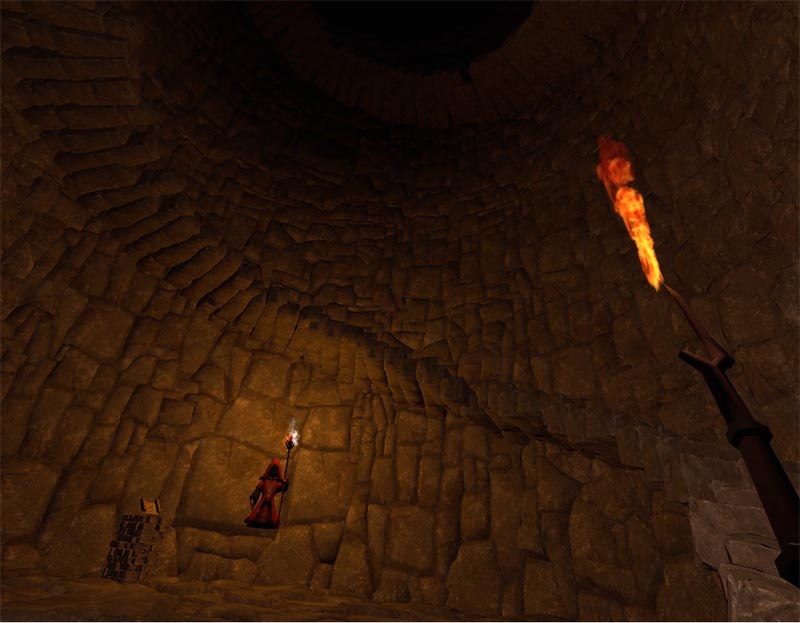 One of my favorite things about Runesage is its developer. He cares about his work more than a huge majority of other game’s developers. Updates to the game are frequent, and the last two were integral in improving the game. Since the last update, I repeatedly found myself saying: “wait, he fixed this too? The entire game is improved now!” I wrote my previous, scathing review prior to said previous update, which had taken some influence from my criticisms in the review. Not only have I personally suggested improvements- which he’s taken kindly to, and added to the game- but he’s proactively emailed me asking for advice. I’ve been impressed with every update, and I don’t doubt that Runesage will become even better before it leaves early access. Although it isn’t my favorite game by any means, I believe its developer could be looked at as a potential role model for every indie developer.

What would I pay for it? After a lot of due consideration, I believe $10 is a perfect price for Runesage. If all its problems were fixed, and it were more immersive, I’d pay at least $15. However, this depends largely on what you’re hoping for from the game: if you’re patient, and interested in playing a fleshed-out scavenger hunt, buy this game immediately. You’ll love it. But if you’re looking for anything else- even a typical puzzle game- you’d probably be better off looking elsewhere.

George Gilbert provided theVRgrid.com with a review copy of this game and, regardless of this review, we thank him for that!