Esper is a telekinetic puzzle game in the veins of I Expect You to Die (though this did come out before that title) that has been available on a few headsets for awhile now.  This Puzzle game only lets you solve puzzles with your mind!…and maybe a controller.  The plot is simple…you can move stuff with your mind and government likes people like you, and because your so special, you get to run through a series of tests to see just how skilled you are. 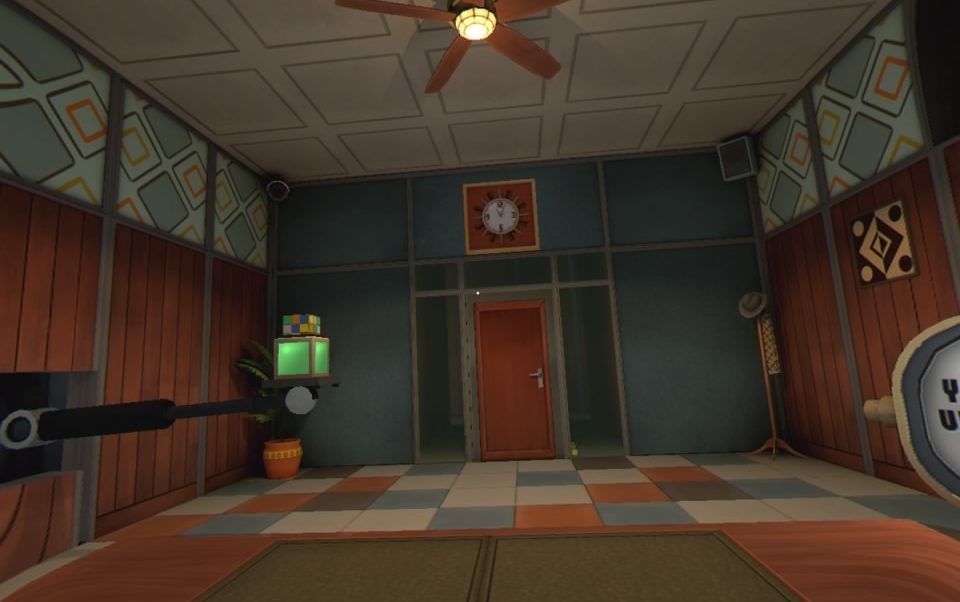 Requiring a controller to pick up different objects with your mind, you simply move them around the room by looking or steering the DS4, bringing said object closer or further away by the press of the trigger buttons.  It’s a simple mechanic that is used to solve incredibly difficult puzzles. Levels become increasingly challenging and can be maddeningly frustrating depending on what the game is asking of you.  Adding in careful timing, different weighted objects, switches that move the environment and layers that block your ability, this soon becomes a problem solvers delight.  I got stuck a few times but managed to get through those levels with a lot of trial and error so be patient and look…the solution is in front of you.  Speaking of in front of you, the clock at the other end of the room displays the real-world time which I always love, especially in a VR title!

Esper looks great, even though it only takes place in 1 room.  New puzzles are introduced by shifting and moving wall panels similar to the Portal series so even though you don’t move, it feels like you are being placed in new rooms with different puzzles.  Visuals are crisp, clean and polished with animations that are seamless and a joy to watch.  Even though you never leave your desk, all the stuff happening around you immediately makes this feel like your part of something big.

Add to that the audio which has a bodyless voice running you through the puzzles/tests in a slightly comedic fashion.  He never annoys you and his quips and comedy are a great fit to this game.  The entirety of the story is told through his sarcastic and sardonic narration which has the kind of dry comedic timing that is right up my alley. 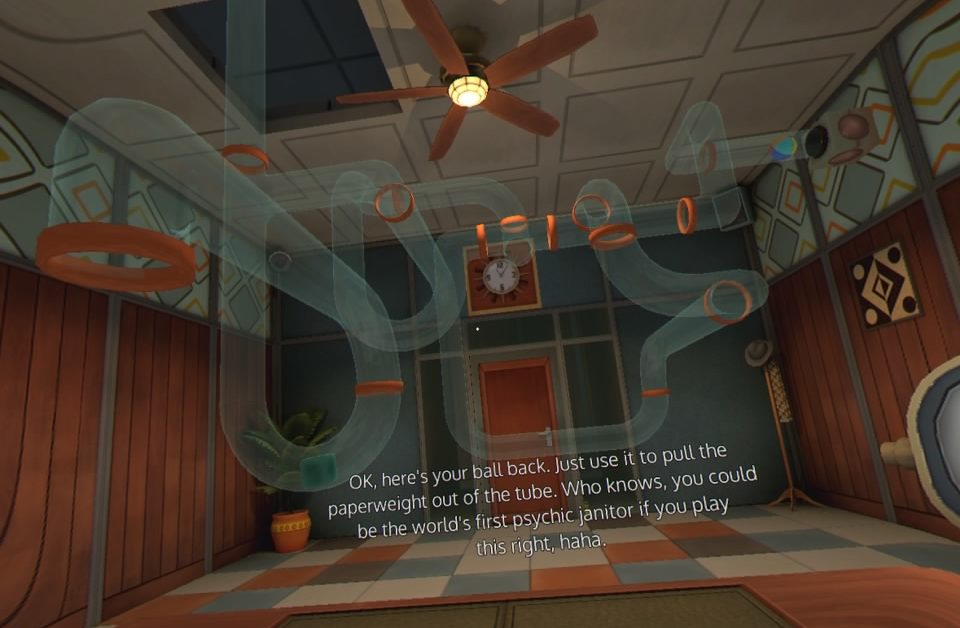 There is a small story here but the name of the game is bypassing these puzzles as they get more complex and more elements are introduced.  The campaign should run you between an hour or 2 and is very much dependent upon just how quick you can figure it out.  The Early stages are incredibly easy and then all of a sudden, you will just hit that one puzzle that stumps you and typically, when you notice the solution, you’ll be kicking yourself for taking so long.

Whether you use DS4 tracking or head tracking the same collision issues arise.  When moving pieces toward or away from you through glass tunnels, it’s very easy to get your ball stuck on edges.  It’s never game breaking, just more a constant annoyance as your ball decides to not move where you want it to.  On your desk is a reset button which will place objects needed to solve the puzzle back on the desk. You only need that button if you drop something out of your line of sight, though thanks to positional tracking, this problem is way less prevalent then in the mobile VR version of the game. 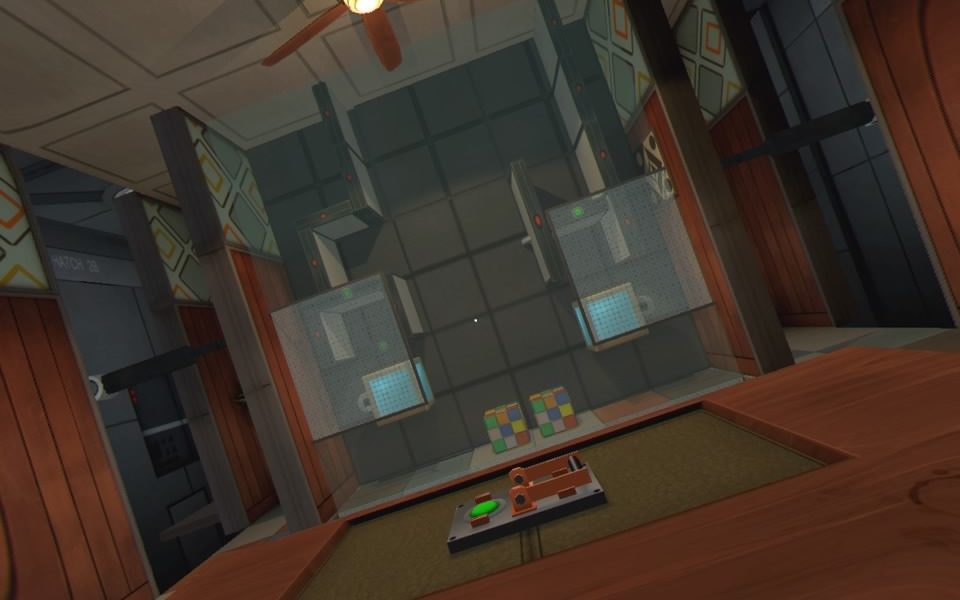 The more new elements are introduced…the harder this game gets

Esper is another indie VR gem and if you are a fan of the portal series than I recommend this giving this a look.  It’s a physics-based puzzler that will make you think and you’ll have fun doing it.  Solving each challenge is satisfying, especially on the more complex puzzles, which may take some time.  You can quit at any time and continue from where you left off or revisit any stage you have beaten, if not just see if you can do it even faster!  Other then trophy hunting, there isn’t any reason to replay the game, but considering the asking price…who cares!

What would I pay? This is a small puzzler for the small price of $7.99 and it’s worth every penny and probably even more.  I was never bored and when the game concluded I was happy with ending and couldn’t wait for the sequel…which is available on other headsets so buy this so we can get the next one, which (spoiler alert) improves upon this one in almost every way!

Coatsink provided The VR Grid with a review code for this title and, regardless of this review, we thank them for that!