It’s classic mini golf gaming time!  This golf genre has been around for ages, my personal favorite being Outlaw Golf from the early Xbox days, and through that time has seen a host of franchises come and go.  And so comes Infinite Mini-golf, a game that prides itself of cartoonish visuals, typical mechanics and perhaps the most important feature, its never-ending game length. 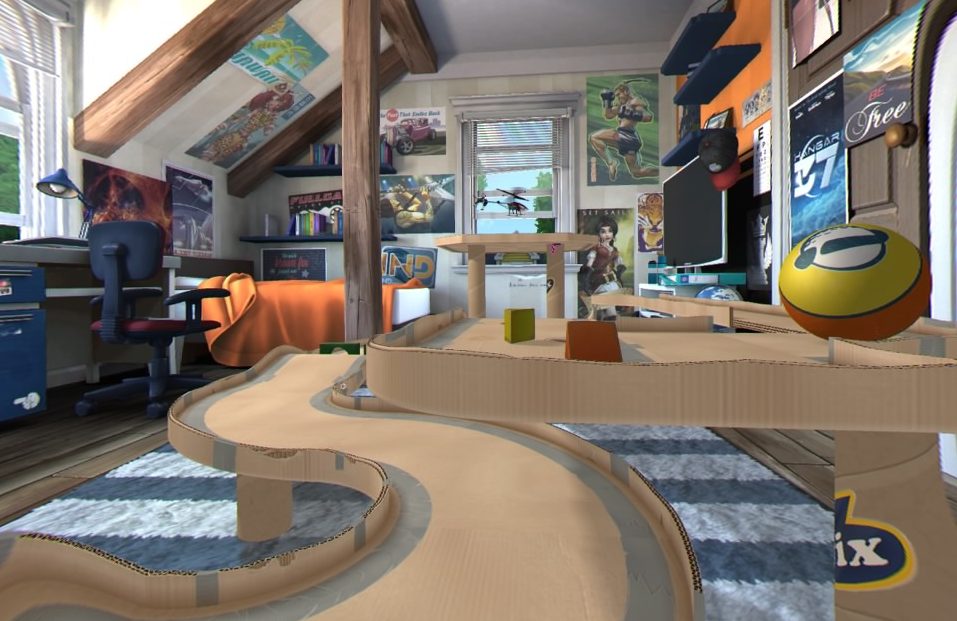 The course designs can get pretty crazy!!

This plays like a traditional console golf game with DS4 being your only control method.  Pick your starting position, adjust your angle, pull back on a joystick to get the appropriate amount of power than release.  This is no way a simulation as the courses before you are more like puzzles than a traditional golf game.  Power-ups (can) litter the course and be needed to actually get to the hole.  This isn’t always the case as some levels contain none whatsoever, while other have power-ups that can aid in collecting gems, used in the store, or just to get you to the hole in a faster way.

There are a few modes of play available with perhaps the most important one being an “endless” mode where you play course after course of user created content. This is the game’s best, and perhaps, worst feature as you can play new tracks every time you turn the game on, but the quality of many tracks may be lacking.  Some feel right at home with the included developer made courses while other lack that same finesse being too easy, way too hard or relying too heavily on making next to impossible perfect shots.  Still, overall the user created content is better than not and with a rating system in place it shouldn’t take too long for the cream of the crop to rise to the top.

Looking for specific user created content can be found in the  ‘Course Browser’ where you can see top rate courses, as well as Zen’s picks and a few other options including the ability to save courses you like and want to play later.  Beside the user stuff, the gentle-beings  at Zenimax have included a few tournaments with some streamlined courses that consistently play a bit smoother.  Otherwise the remaining gameplay options include local or online multiplayer and the store where you can purchase additional unlocks to aid in your “golf” game.  Lastly is avatar customization where you can style and dress your character with a variety clothes and modifications, unlocked during gameplay, to make them feel like your own. 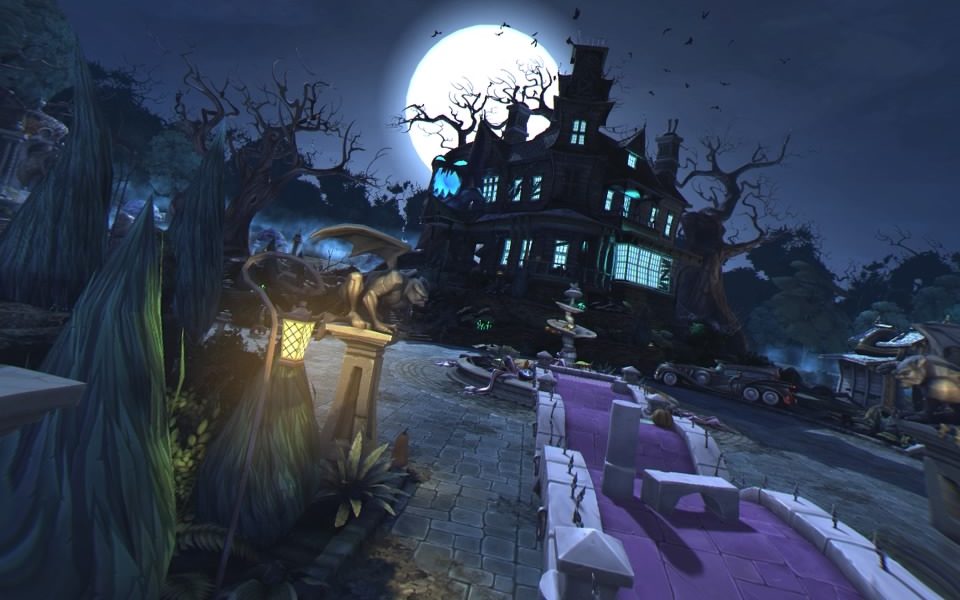 The course creator is great, giving you a host of options and a very easy-to-use interface, simply build a track by picking from straight or curved sections, hills ramps, jumps and every other environmental variable you can find.  You can make simple, straight forward mini golf courses or go crazy with obstacles, power-ups and other even more zany options.  If you’re into this sort of thing, you’ll be crazy impressed by all the options available, I myself don’t really care about designing my own courses and would rather play through others designs.

The game looks fantastic with a tonne of stuff to look at and take in.  Everything is cartoony, but carries with it a clarity and polish that few VR games have.  There are currently 3 themes available; Giant Home, Nightmare Mansion & Santa’s Factory, each with their own unique look and feel.  Many obstacles are theme specific, so while a giant vibrating phone may be in your way in the giant home, in the mansion it will be a swinging axe blocking your path.  With all the level mods available, you’ll never see the same course layout, and still surprise yourself with how many time you spot a new course element or background distraction.

While this game wasn’t built exclusively for VR, it plays and looks better in VR, immersing you in each stage, though this carries with It a few issues.  Some courses are created very high, sometimes blocking the camera and forcing you to duck down or lean far to the left or right.  It doesn’t happen often, but when it does it will frustrate.  Secondly, when following the ball after a long shot, the camera doesn’t smoothly follow it, instead pressing triangle resets the camera position behind the ball, forcing multiple “jumps” as you keep your ball, and the action, in view.  It’s annoying and the option to have the camera just follow the ball is missed. 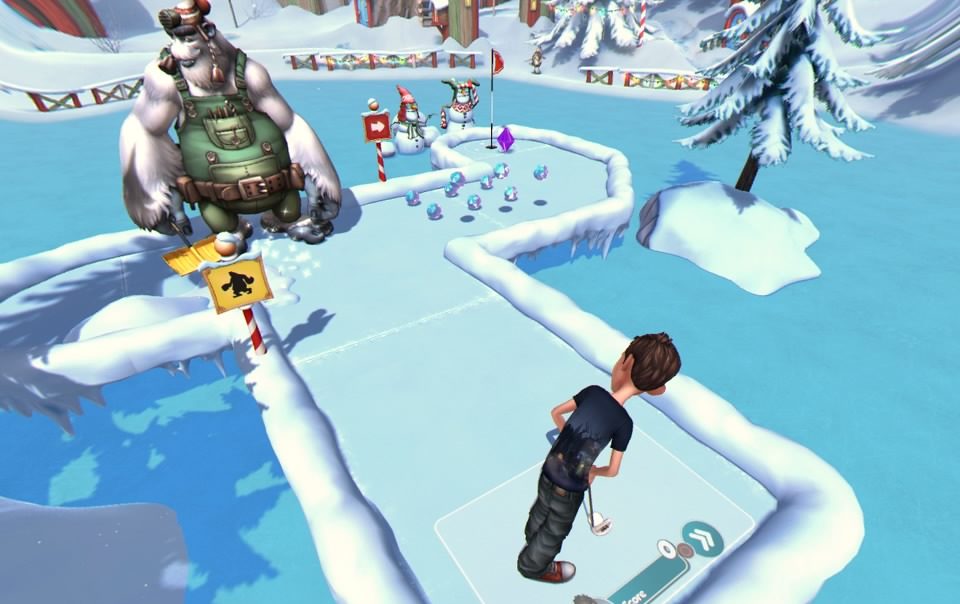 Every theme carries with it it’s own unique set of obstacles and mix up the fun nicely.

What’s here is a solid game with a never-ending supply of content.  This is a cross platform title, at least as far as the courses go; so if a user makes a course on a Ninetendo Switch or the Vive, you get to play it in PSVR, which is awesome!  This is a great pick up and play game just to jump into and play for 5 minutes or a few hours.  If you have played this type of game before, this doesn’t do anything new for the genre, so if mini golf games never really appealed to you than this probably won’t change your thoughts in that regard.  That said, this is great representation of arcade mini golf games and fans of the genre will be appreciate all Infinite Mini Golf has to offer.

What would I pay? $15 is a great price for this.  With endless hours of content, the ability to create and share your own courses and an attractive charming visual style, the value is undeniable.