We haven’t seen a lot of licensed sports in VR and the only one that comes to mind is the NBA 2KVR experience from way earlier in PSVR’s life cycle and that offered us a bare bones NBA experience focused more on mini games then anything else.  Home Run Derby seems to be pseudo sequel to that title as the game has little to do with the MLB save for the few arenas you get to play in and the MLB logo splashed all throughout the game. 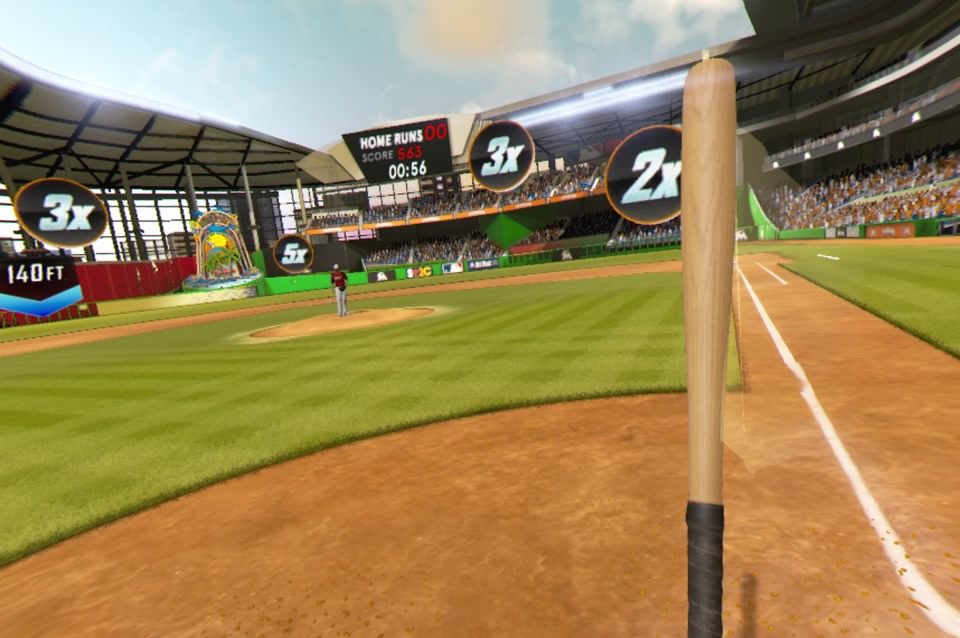 Controls are simple, and a first for me in VR.  There is only 1 mode and in that mode you take to the plate, face the pitcher and swing at the ball that he hurls towards you.  What I found interesting is the pitcher is actually 90 degrees left or right of the camera depending on which stance you pick so when you swing, the Move controller stays nicely within the cameras field of view.  It’s intuitive and works great in VR and if anyone else is designing a VR baseball game, take note.  There are 2 pitching options, normal or pro, and each changes the pace of the ball flying toward you, slower or faster respectively.

The big draw here is choosing 1 of 3 official MLB arenas which I’m assuming are relatively accurate recreations of their real-world counterparts.  My main contention with the visuals here is that nothing looks that good.  The crowd is comprised of pixelated 2D sprites and the field and pitcher don’t have a lot of finer details and remind me of sports games from 15 years ago.  There is also no calibration screen and I found that the game liked putting me closer to the ground then was realistic and the bat you wield looks like it’s about a foot and half long, creating a disconnect between the incoming ball and your bat.  Nothing here looks inherently bad (minus the bat) but don’t expect to be blown away.  Crowds ooo,  ahhhh and cheer at strikes fouls and homeruns, a commentator will occasionally drop a line about a good or bad hit and the entire game, including the menus, is absent of any type of music 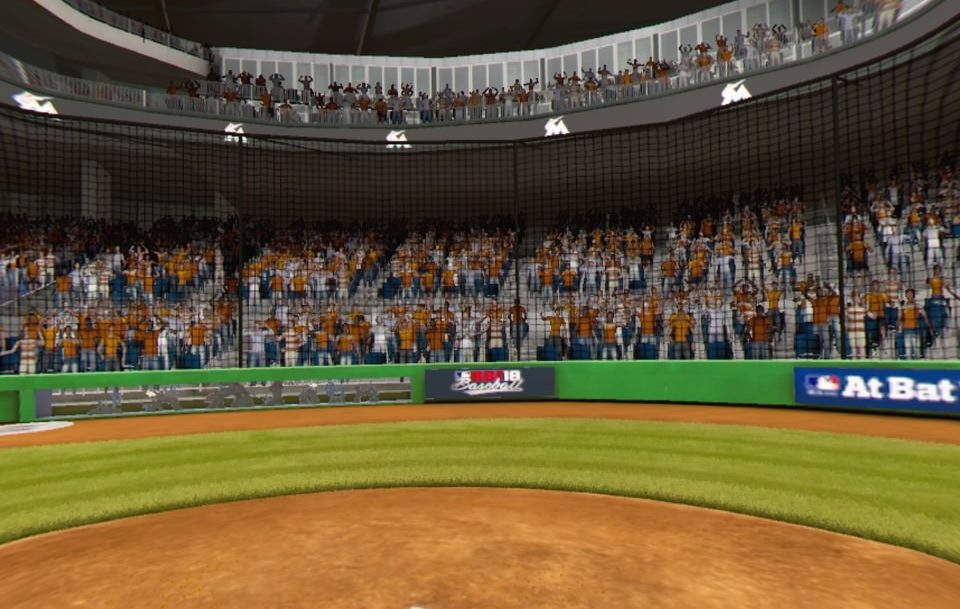 The visuals in this game are anything but impressive

The one mode allows you to hit as many balls as you can out of the park in 90 seconds which for me, was easier said then done.  Like I said, I had trouble wrapping my brain around my teeny tiny bat which I think was my 2nd largest reason why I missed so many swings.  The first reason is because swing speed matters and I couldn’t help but pull my swings for fear of launching my controller into a wall.  I tried to hold the controller with 2 hands but alas, my hands were a little to large to make that comfortable and I ended up just swinging with my right.  Each stadium has giant targets to hit in the home run zones which multiply your score, which is based upon how many feet your ball traveled.

That’s it really, you just play in 90 second increments over and over until you get sick of the game.  I feel like Home Run Derby could have benefited greatly from some local multiplayer play, both in and out of VR.  Maybe have a second player take control of the pitcher or set up a mini tournament and switch off with friends and see who can get the highest score.  There are online leaderboards, broken up by difficulty and arena, so as you get better you can at least see how your skills compare with the rest of the world. 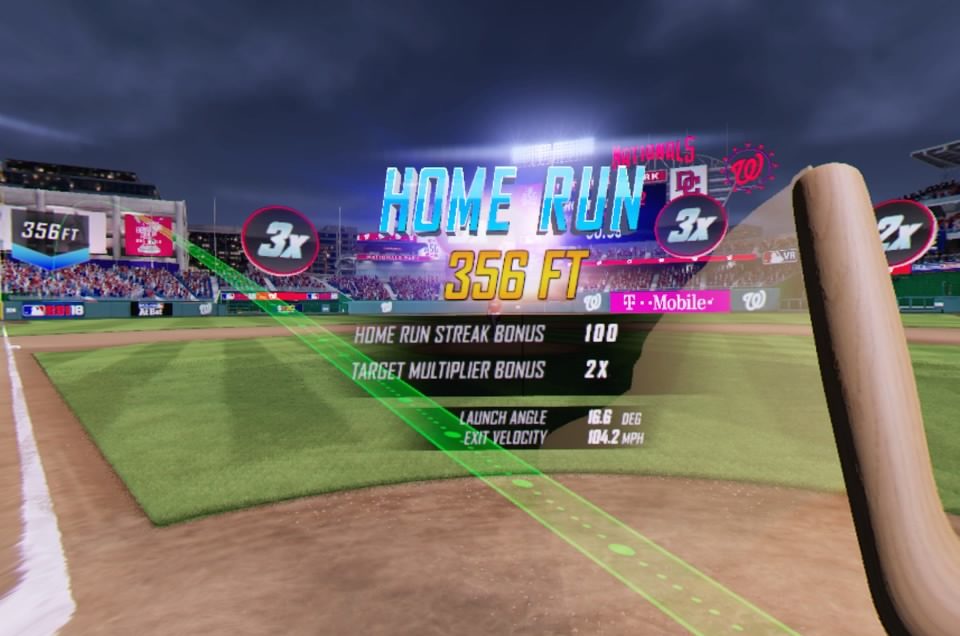 I liked the spirit of this game, but it feels lacking in content and is basically just you, a bat and a ball in VR and while that may sound fun for a bit, I think for many it will wear out its welcome way sooner then later.  The biggest draw is playing actual MLB arenas, but if this isn’t a concern for you there is very little else to sustain your interest for more then a few rounds.

What would I pay? This is $5 game capitalizing the the MLB logo plastered all over this thing.  Unless you have been clamouring for a VR baseball experience since you bought the headset, stay away until it’s more appropriately priced.