Where the likes of Elite Dangerous and Star Citizen aim for maximum realism and things to manage out the eyeballs, End Space takes a more singular approach. Dogfights in space are the name of the game here. Divided up into different missions, a story slowly unfolds in traditional space opera format. 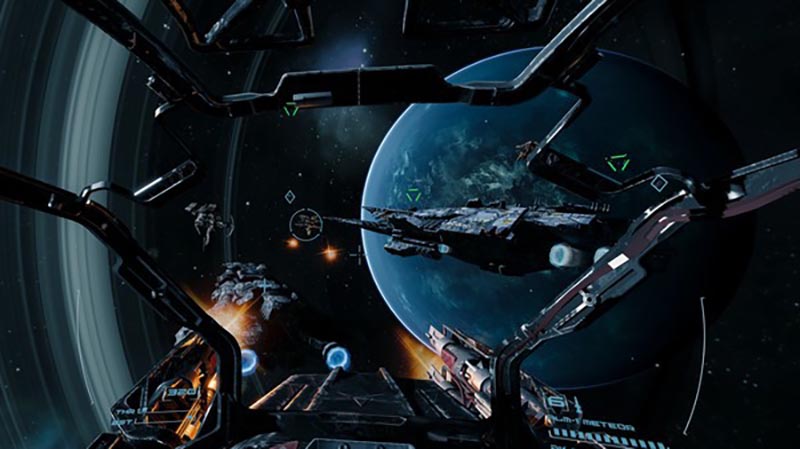 Get ready for some dog fighting fun!

The default settings immediately annoyed me, and I had to stop and change them. Movement in a ship based on head direction is clearly a carry over from gear VR and is probably also the default for people who have low tolerance for movement in VR. Once I set up my HOTAS (although you can use touch controllers or a gamepad) I was having a blast. Shooting down enemy ships, and even just flying from point to point was fun. My biggest complaint is the speed at which you move. End Space doesn’t necessarily make you feel like you are speeding through space, it feels more like fighting at your own pace. For some people this will be perfect. If you are new to flight games, then this is a great starter game. There’s only weapons that overheat to look out for, so you won’t feel overwhelmed. If you are looking for a game with 5 different weapons per ship and energy management, look elsewhere.

For the most part each mission is basically, fly around and kill the enemies, which was great fun, but I would like to see a little bit more variety. As early as mission 5 I was beginning to feel the game getting repetitive, but again, being used to more complex games this is something that helps gear it towards people who are looking for games like Eve: Valkyrie. There are some small weapons upgrades to earn through spending credits that you receive after completing each mission, and these upgrades do feel substantial. 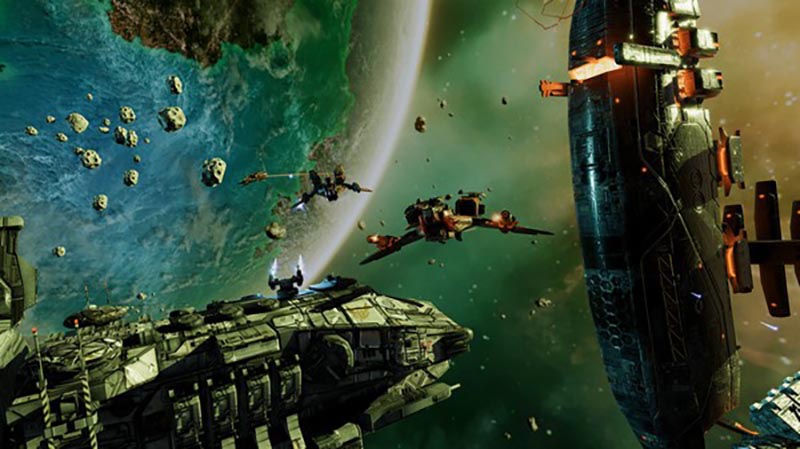 Some of the visuals here are an absolute spectacle

Visually the game is great. The interior of the ship is not overly detailed but gives enough to really make you feel like you are in the cockpit. Asteroids look dusty, and enemy ships explode nicely when destroyed. Environments feel vibrant. The audio is great in End Space, with gun fire booming and ships boosts sounding weighty.

If there’s one thing End Space does well, it’s how easy it is to jump in and play, and fine tune to the experience you want to have. Navigating from the basic menu takes you to either the mission select screen or the options menu, and again, End Space does this right. There are many different settings, so if you find your ship isn’t as responsive as you’d like, check out the options to fine tune how quickly the ship responds. Flight controls can be mapped to any buttons you’d like and can also be easily reset. Once you’ve set up your controls how you like, missions start quickly, and you can start shooting at enemy ships in no time. I find End Space perfect for the times when I have 15 minutes to kill but can’t start a longer game. And of course, it holds up to longer play sessions as well. 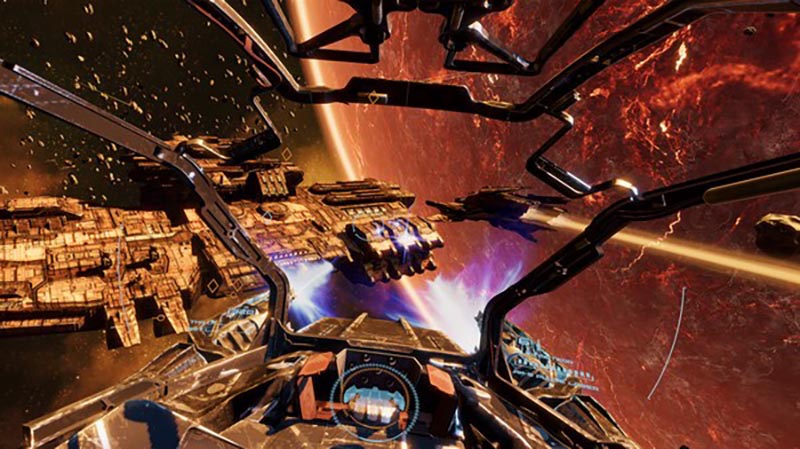 Overall the experiences I’m having with End Space are good, just not perfect. Were it a bit more robust I would recommend it instantly. If you want a simpler flight in space game or are not pleased with Eve: Valkyrie’s lootbox system, give End Space a try.

What Would I Pay? I would pay around $10 for this game. The $20 price tag feels a bit hefty to me, but the game does have a good number of missions. I’d like to see some depth added to the game, even just more missions, and I think the price tag would be more justified.