Roomscale Coaster is a physically active indie VR game in which you soar through the air, standing on a platform, dodging walls hurling towards you while grabbing balls for points. Sidestepping and crouching to dodge walls, while jumping up to grab balls, is exhausting and, at times, thrilling. To help, you’re given a slow-motion ability with an unpredictable recharge rate.

That’s all there is to it. None of what I described is even enjoyable. Let’s cut to the chase: This game is a poorly made mess. Each round, lasting no more than 30 seconds (if you’re lucky), is the exact same. The map never changes. After less than five minutes of playing, you’ll have memorized it, and the only reason you’ll keep losing is your utterly ludicrous travel speed. It’s outright unfair most of the time, no matter which difficulty setting you have it on. 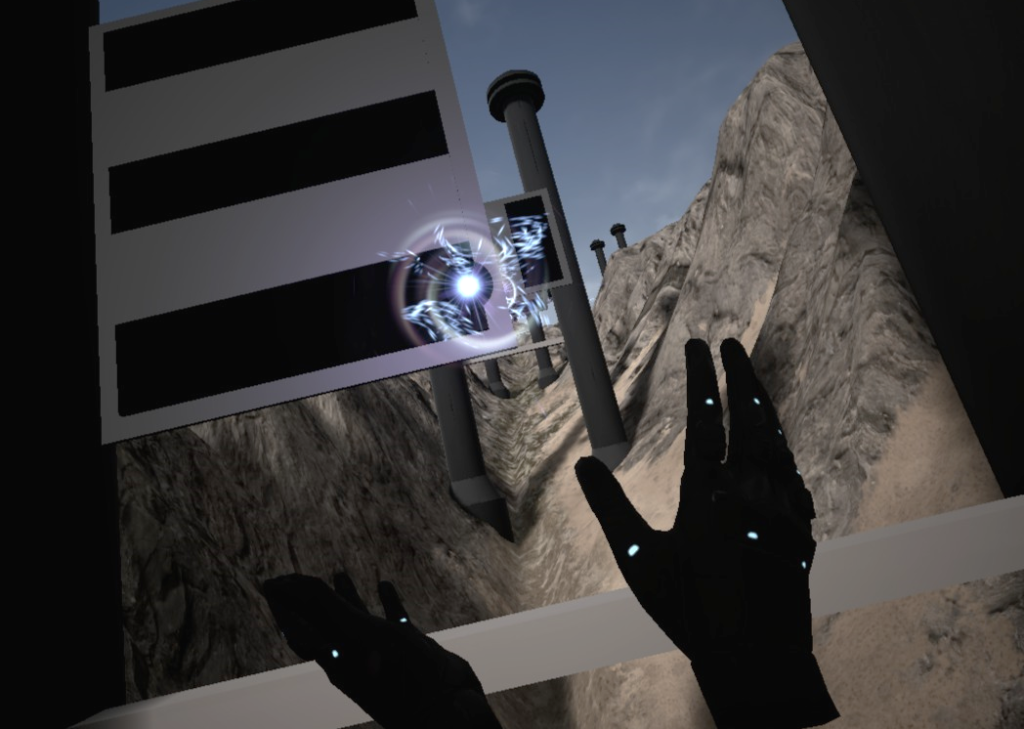 Behold: A single picture containing everything the game has to offer. Yes, literally everything.

Emphasizing this redundant gameplay even further, your score depends not on how far you got. Rather, what sets your high score is the number of balls you caught. Many are unreachable, and your hands don’t always properly register them. Collision detection is also an issue with dodging itself, as you might not hit a wall until seconds after you clipped through it. This punishes a focus on dodging, promotes repetition, and infuriated me countless times.

Everything about the game’s design fails. Roomscale Coaster’s use of the Unreal Engine doesn’t do the game any favors as it not only runs terribly, but looks just as bad as it runs . The cliche, overly-dramatic soundtrack plays on a mind-numbing loop, coming to an abrupt halt the second you lose which also annoyed me. 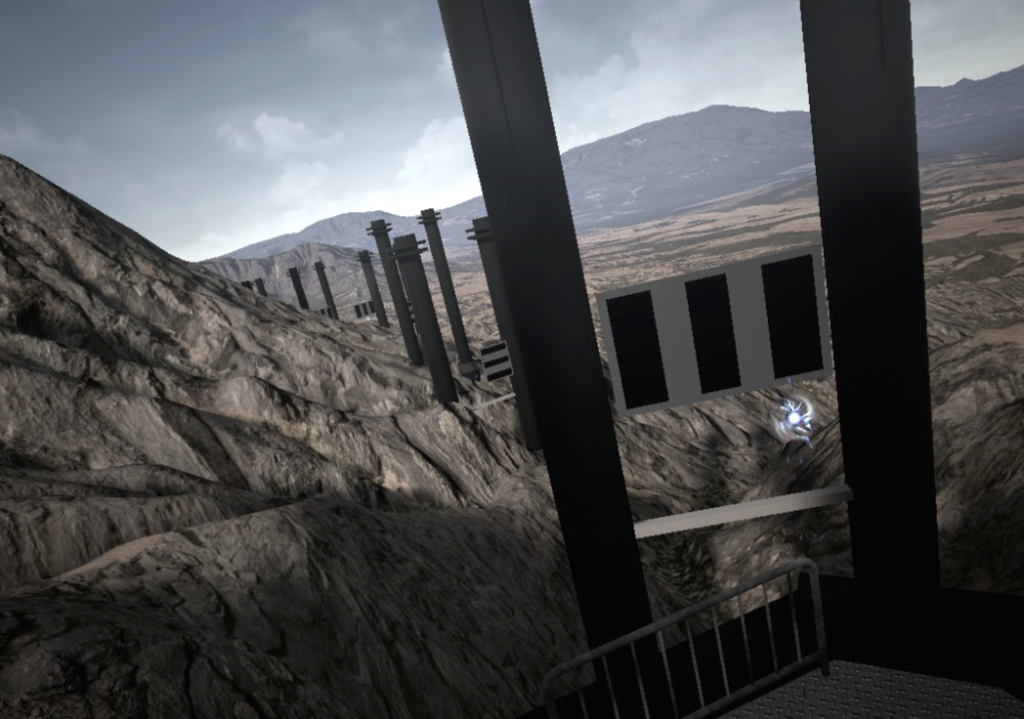 The environments could have been decent, if this wasn’t the only one.

The entire main menu is pointless and empty. It contains a singular “play” button, followed by difficulty options that range from “easy” (unplayable) to “hard” (demonic). There’s a “comfort mode” option, recommended for those prone to motion sickness, but it changes the experience in no way whatsoever. If the game wasn’t already broken enough, The space on your hovercraft is huge, without room calibration. No matter the size of your room, many walls won’t fit, and dodging them is physically impossible.

The bottom line here is that almost every moment I spent in this game was more frustration and anger than anything else.

What would I pay for it?  Roomscale Coaster has game-breaking design flaws, less than ten minutes of content, and almost no entertaining gameplay. This game isn’t worth four dollars and I wouldn’t recommend buying this at all.