République VR is a 3rd person stealth game that was first released all the way back on 2013 for smartphones and since travelled to consoles, PC and now to VR.  That journey has really allowed it to become a refined product and now we have the best version of the game in glorious virtual reality. You join a young woman named Hope fighting  against her oppressors in a  dystopian society as she sneaks around,  finding out what exactly is going on in the world, and how to fight against her enemies. 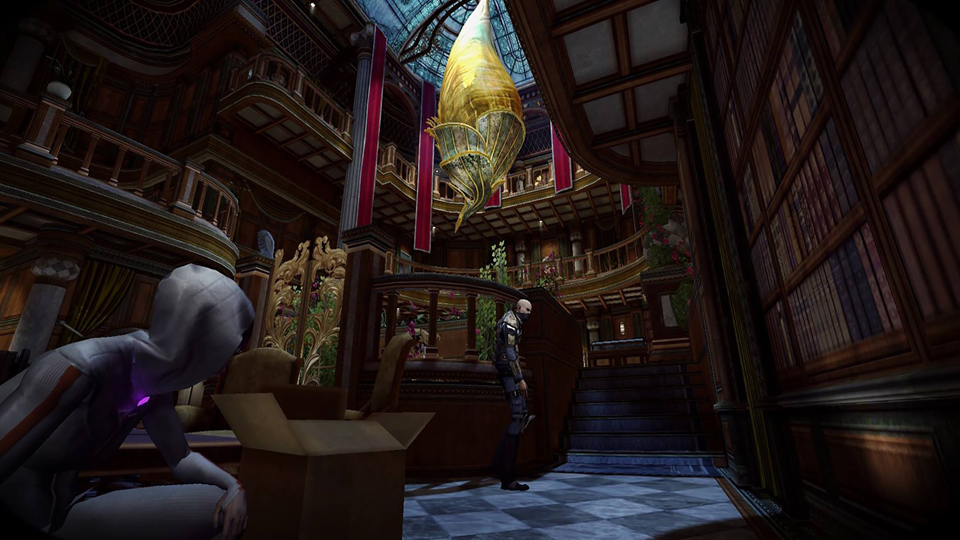 Stealth is always the way!

République VR gameplay consists of sneaking around different locations, avoiding guards and finding collectables while you piece together how to escape your predicament. You command Hope where to go, where and when to hide, and who to sneak past, while you yourself switch views from one security camera to another always keeping Hope in your sights. Occasionally you have to hack  locked doors or listen in on phone calls to move the story along.  With a campaign that is around 8 hours long, you certainly have time to dig deep into the lore of this new world. The game is broken up in to 5 parts (all present in this one purchase), a holdover from the game’s mobile days, but each chapter feels unique and moves the story forward in an engaging way. If you are a fan of stealth based games you will definitely enjoy this experience, and the upgrades you can get keep the gameplay varied and interesting. Sneaking past guards, and running around avoiding security always felt challenging, but not overly punishing.

Graphically the game looks great. I played the game on my Oculus Quest and the style reminded me a bit of Half-Life, albeit a bit better and with a less chunky style.  Hope sneaks around in variety of locales, from large mansions to sterile lab environments and no matter where you find yourself, the visual style is clean and polished.  The charachter models and stages do show their age a little, but by no means does anything in here look bad and being able to physically look around these stages adds a wonderful sense of immersion absent from the other versions of the game. I didn’t see any visual glitches and textures didn’t pop in and out and at no point did I feel like I was looking at a game that was specifically meant for phones, this is a fully fleshed out experience that feels made for VR  . A few areas in some of the levels felt a tad lifeless, but since you leave those areas relatively quickly, I didn’t find myself minding too much. 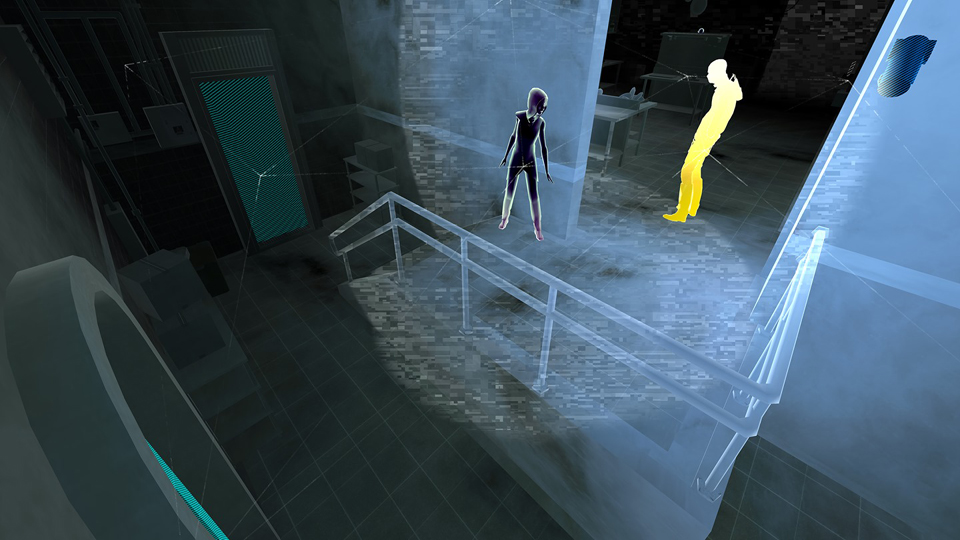 You have your own abilities to aid Hope!

The audio is fairly nice as well. Nice audio jingles let me know what was happening in the world around me, and the voice acting was, well, serviceable. Some of the voices sounded a bit campy to me but I don’t think it hurt the overall experience. It might have been nice to have some extra dramatic music to lean on the camp a bit, but it wasn’t anything near a game breaking issue.

The only issue I noticed while playing was that occasionally small gameplay quirks would arise. Moving your view from one camera to another didn’t work quite perfectly so every now and then I found myself needing to switch views quickly but the game was not moving quite fast enough. A few other times I changed from one camera to another faster than intended and I blasted from one room to another completely disorienting myself. I did end up going the wrong direction through the level until  I realized I need to proceed the opposite way, but that was probably less of a level design issue and more of an issue with me being dumb. 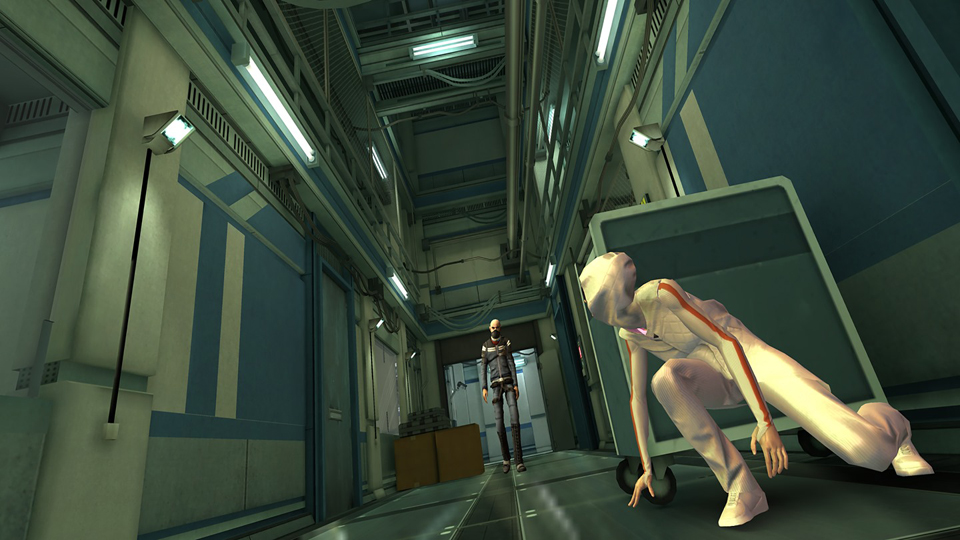 It’s a good thing these guys a damn near blind!

For fans of stealth based games, République VR is a must buy. Fans of story based games should also give the game a look as well! The few small issues I had with the game never really halted gameplay, and I usually quickly forgot them. It is also worth noting République VR can utilize VR controllers or a gamepad, so this is a great game for people who just want to sit back on the couch and immerse themselves in a game.

What Would I Pay? I think the $15 price tag is about perfect. With a lengthy campaign with plenty of collectables there is definitely plenty of stuff to do, and it’s one of the more fleshed out stories I’ve seen from VR games. The gameplay is easy to pick up and play, but still isn’t easy enough that you can blast through the game either. The small quirks and issues I had while playing never stayed in my mind, and weren’t anything to really knock many points off the score.

Camoflaj provided The VR Grid with a press code for this title and, regardless of this review, we thank them for that!