Climbey is a parkour/climbing simulation game that can be played in both single and multi-player.  With a set of easy to master controls you can either complete the levels made by the developers or you can experience various, original maps made by the community, available through the steam workshop. 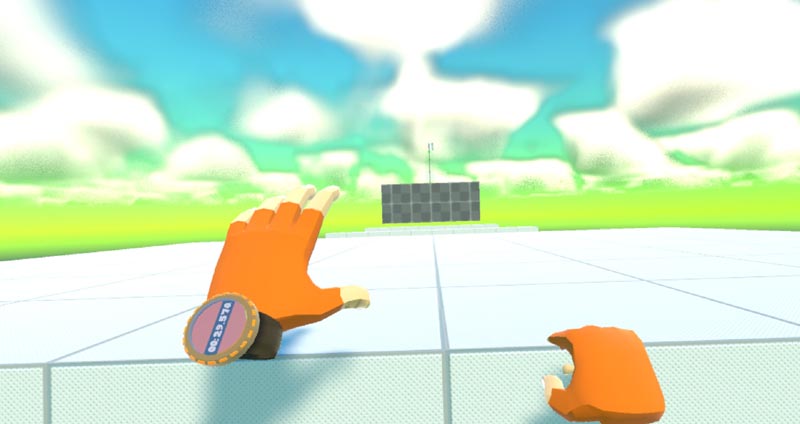 Even if the visual aspect of the game is pretty simple, the fun and immersion are assured for people of any age. Climbey is made in Unity with the developers having chosen a straight forward and artistic style with every object you can’t interact with having a checkerboard texture with a dark gray color while objects you can interact with and grab have a pale white color. The character you are playing is an avatar consisting of a helmet with two hands, a clock to measure the time spent for each level and a backpack. In the lobby you can also customize the look with some awesome different models, such as a snowman, a reindeer and host other wackier choices.

The single player “campaign” is not that long, in about 2 hours (depending on your skills) you can complete everything, and it doesn’t look like the devs will add any new levels while the game remains in early access.  As you progress, so too does the difficulty with the addition of new challenges like moving platforms, low gravity areas, high speed sliding surfaces and much more!

But the true fun is made of multiplayer matches, it’s your choice to cooperate with others or just try to hit them with snowballs and let them fall, playing with friends is a must in Climbey, particularly because, like most VR titles, the online player base is small.  An original and fun game-mechanic is the fact that players can grab onto each other, giving the possibility of reaching some areas you couldn’t reach alone. 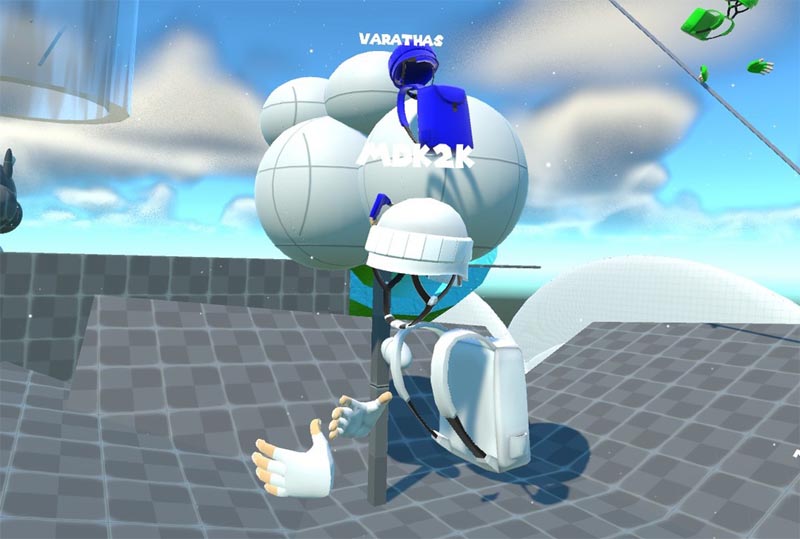 This is how cool you look!

The controls here are really intuitive and feel natural. To grab onto something, you can simply use the trigger to control what your hands grab. Walking is achieved by moving your arms up and down as if you were speed walking in real life and jumping can be done by using both controllers with a combination of movements and triggers.

Even if it’s not too easy to find online players, the community is pretty active on the steam workshop, and the levels they are creating are really challenging and fun to be played. The level editor is included with the game and is not that hard to pick up and master, giving you the possibility of creating an endless amount of levels. Players can also control different values while playing, like the amount of gravity, the speed and number of checkpoints that can be placed.

The system requirements of this game are low and any computer that is able to run a VR game will be able to run Climbey. From my personal experience I can say that it never crashed, and I never had any technical issues and the game carried a solid framerate, even in the most complex community maps. The play area can be either standing still or room scale, but room scale is definitely suggested to be able to fully experience every level as they were designed. 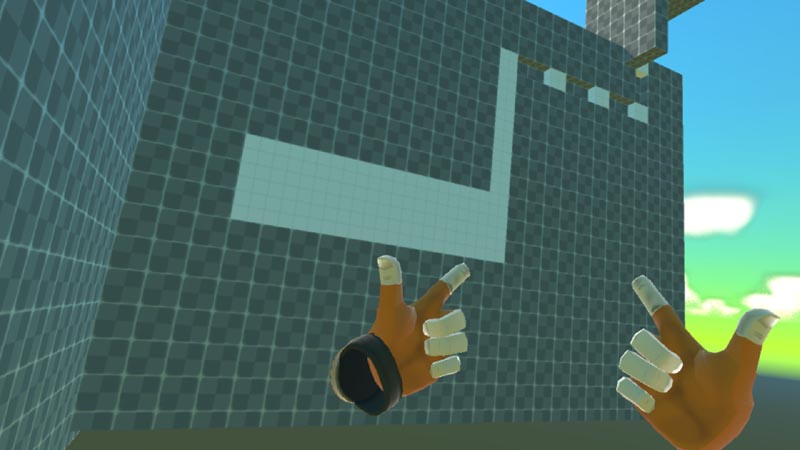 Climbey is a casual and fun experience that is just as fun to play alone as it is to bring out at a social gathering, especially to watch those who have never been inside a VR headset. It’s quite original and it will not disappoint, it’s also a perfect game to show to people who have never played with a vr headset.

What would i pay? I think 9.99 is the perfect price for the current state of the game, I’d pay even 14.99 if it was a little bit more polished in some areas.