Sometimes you just want to relax in a video game…and I don’t mean unwind with an first-person shooter, reigning all hell upon anyone that falls within your gunsights.  I’m talking about a straight up game designed to just mellow you out, which is what Sea of Memories provides.  In here you drive a boat around a large bay solving optical illusion puzzles centered around the memories of an old man. 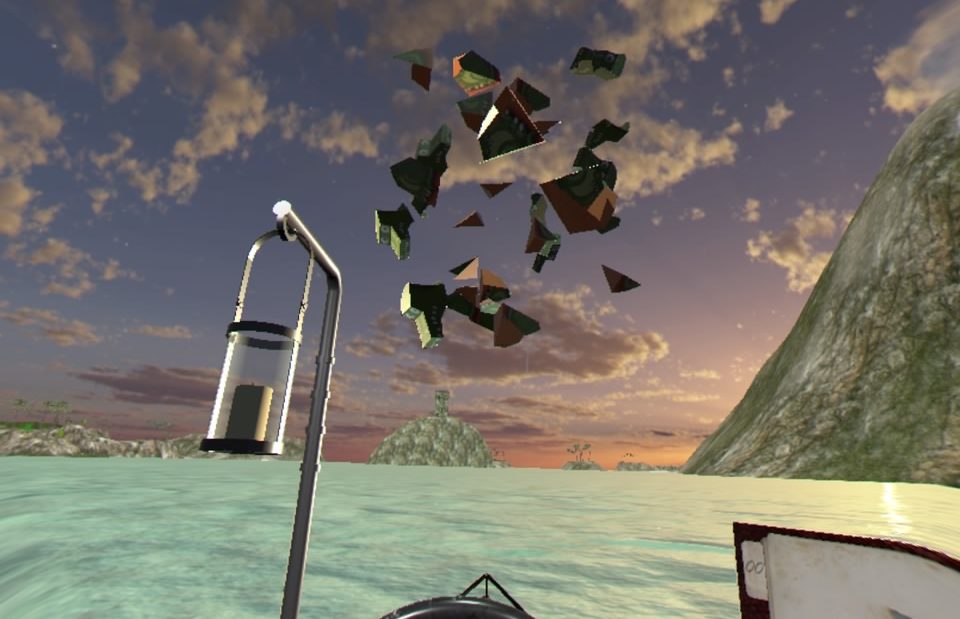 Somewhere in here is a hidden image…seriously.

You can use either a DS4 or 2 Move Controllers but for the puzzle manipulation, I found the thumbsticks the best way to move them around though the Moves still get the job done.  There are 2 game modes in Sea of Memories; Driving a boat and solving the visual puzzles.  The DS4 is also mapped to a hand so if you want to play that way you can, but it feels like an unfinished after thought as driving the boat and moving the puzzles in this manor feels clunky.  With the Moves, you get 2 hands and can drive the boat like you would in real life by changing your speed with a lever to your left and steering the boat wherever you want to go.  Moving the puzzles with the Moves requires you to wave your hand around whereupon the puzzle reacts in a similar motion.  It’s serviceable, but when the puzzle doesn’t move the way you want, it can be frustrating.  Once you find the perfect angle (or get close) the pieces fall into place and fill in a memory in a book to your right.   There are 100 puzzles to get through and while each could conceivably be solved in mere seconds, the more complicated they get, the longer it will take you with some taking as long as 20 minutes until I found the right way to line up those shapes.

Sea of Memories looks alright some of the time but can look quite bad at others.  I was expecting a little more a graphical leap from the mobile version of the game, but not much has changed.  The islands peppering the bay look incredibly drab and getting up close reveals some incredibly low textures that don’t look good.  Counter to that is the water, which does look substantially better, if not a bit artificial.  Looking down you can see the sea bed and a few fish swimming around and I appreciated the sense of depth the shallow ocean provided.   The puzzles are where this shines with each looking very different comprised of sometimes random shapes, and other times, real life objects.   When you solve a puzzle, the revealed image is brought forward while the excess pieces fall away into the sea, floating around you until you move on.  As you progress, a storm may (very suddenly) set in or you will get a nice sunset view on the horizon and while the game doesn’t look amazing, it all still works. 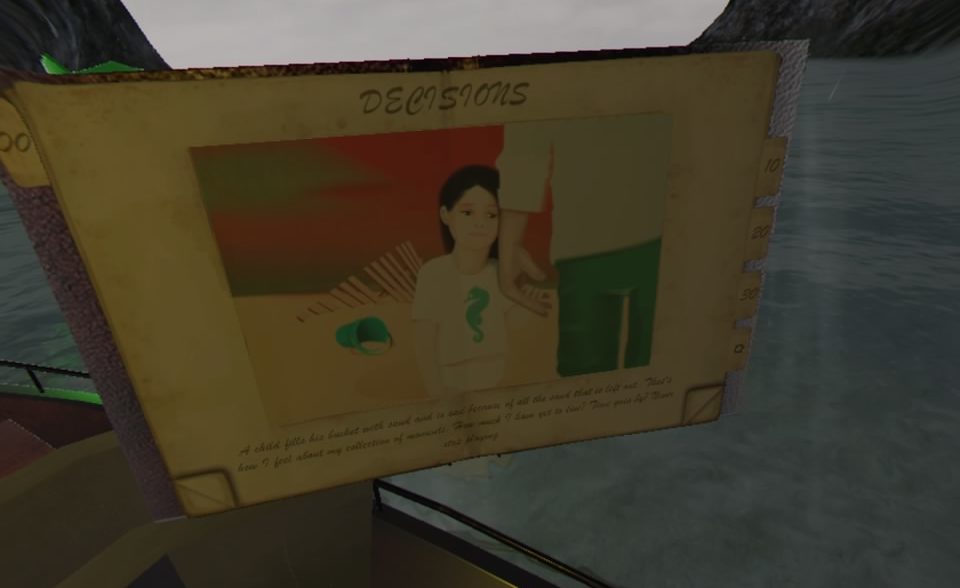 While the visuals are lacklustre, the audio excels at relaxing and immersing you in the game.  A beautiful piano soundtrack accompanies you on this little journey and sets the mood, eliciting a sense of calm and relaxation rarely felt in any video game.  The sound of the water around you and seagulls in the air just makes the entire experience a great way to unwind. As you solve puzzles the narrator chimes in with some words of wisdom about that completed dream and then you are off to the next puzzle.

I had issues with boat and I’m not quite sure if it’s just me?  Numerous times throughout my play my boat seemed to decelerate through no fault of my own.  This issue is compounded by the boating sections which, as the game goes on, become tedious.  Initially it’s fun to cruise around the bay, but once I realized there was nothing to do besides drive, I kind of just wised for a shortcut button to bring to me to the next puzzle, especially when those puzzles are on the other side of the bay.  As I said, puzzle manipulation can be finicky using the tracked motion options, though they do work and the DS4 thumbstick option circumvents those issues all together.  Lastly would be some of the later puzzle which can be very hard to solve, not because they are just hard but because the shapes created are a little “loose” in their interpretation though there are clues you can activate that assist your efforts. 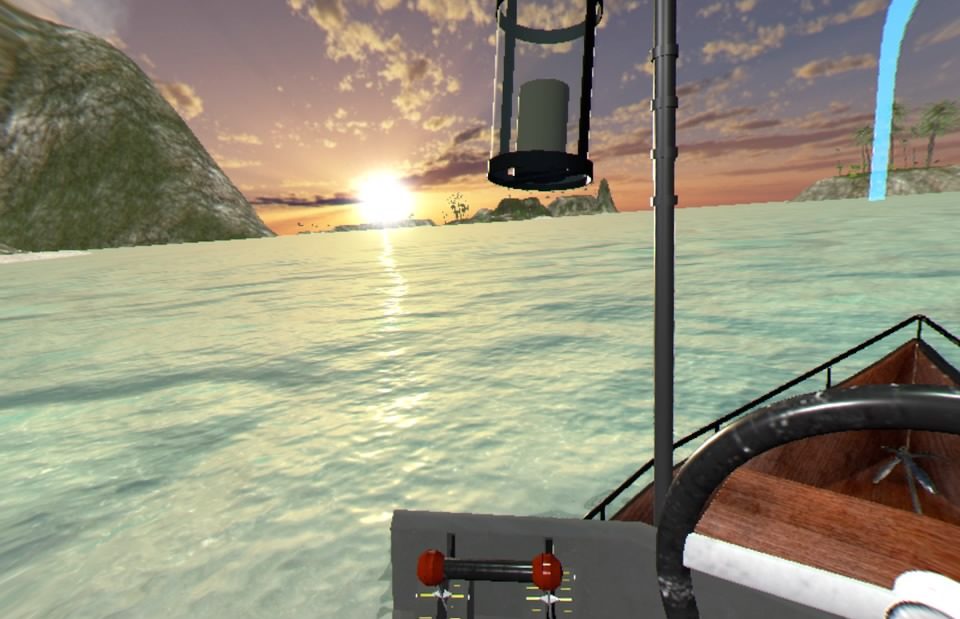 Probably the best looking part of the game.

Sea of Memories is simple game that accomplishes what it sets out to do.  The puzzles are fun and while long play sessions may start to feel a little redundant, just popping in a for a puzzle or 2 is a great way to unwind.  When you look at just how much content is here, there really is hours of playtime and I can’t count how many times I said ‘just one more puzzle’ followed by me playing 3 or 4 more.  It’s more addicting the you might think to solve these puzzles as you just want to know ‘WHAT THE HECK THESE SHAPES ARE SUPPOSED TO BE!!!!’

What would I pay?  $10 is alright for this, though the exact same game is available for the portable headsets for substantially cheaper.   There is hours of content here and if the zen-like nature of the game appeals to you, I say pick this up!