Let me get started by saying you better do warm ups before jumping into this game.  The Thrill of the Fight (TTofT) seems like a Punch Out! clone at first, but it’s more than that.  I made the mistake of going a full 20 minutes on my first run, and the next day I was hurting in places I didn’t know existed.   This game is by no means a full-blown simulation to real boxing, but it’s hard not to get into the literal thrill of the fight when you’re punching and dodging. 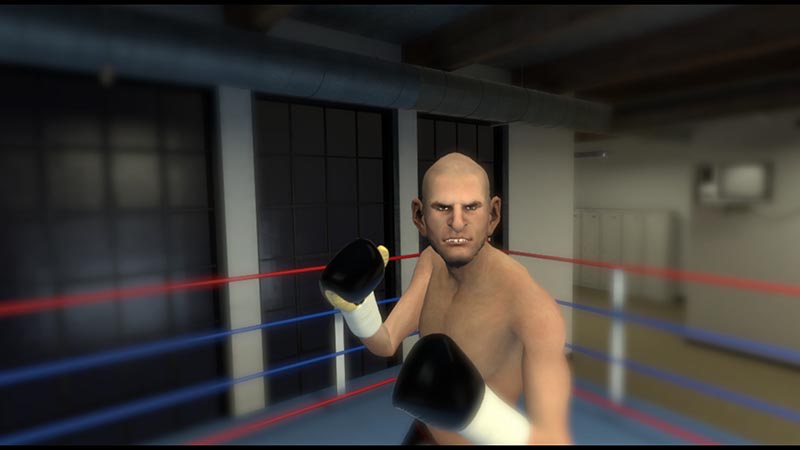 This guys’ face is so punchable it’s ridiculous

The game is very simple.  You face off against a handful of opponents.  You win by knocking them out or by having the most blows landed at the end of 3 rounds.  Each opponent has his own fighting style.  For example, the first one is a push over, one likes to dodge a lot, one is very tall and tries to fight you at range, etc. You can beat all the fighters within a couple days, but to me the real enjoyment came from treating this game as a workout tool.

The graphics are very basic.  Each fighter has a unique look, but they all have the same emotionless expression and walking animation.  They will get bruises and signs of fatigue when you beat one area too much.  When you get hit consecutively your screen gets blurry, the edges get dark, and the sound muffles for a few moments.  And although it may not win any awards for graphics quality, I believe it does the job correctly without having unnecessary things get in the way in the heat of the moment.   There’s no rocking sound track and no way to easily play your own music.  The only audio is the ringing of the bell, the clamor of the audience, and the biffs of gloves hitting bodies.

Enemies put up a decent fight on the default settings.  They will block if you punch in the same spot too often.  They will counter your punches.  They switch from being on the defense to offense if you back them into a corner.  If you want to make the game harder or easier you can adjust your hit strength in the settings, and you get a punching bag with floating numbers to show your punch strength. 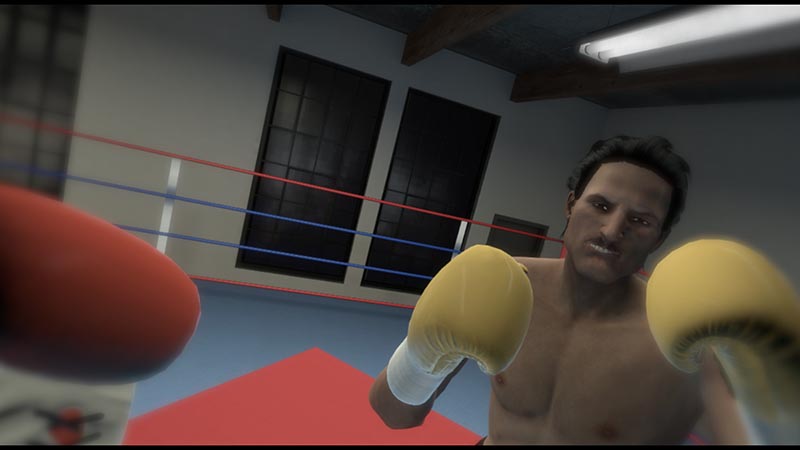 Up close, you better be on your toes!

You will need room scale to get the most from TTofT.  You will need to circle around opponents and advance or retreat as the fight progresses.  With you constantly swinging your arms, you run a high risk of hurting yourself or breaking something, so give yourself plenty of room.

TTofT only has a few problems.  For starters, there’s no tutorial on how to properly box.  I watched a few YouTube videos to get the basics.  After playing for a few days, I wanted more and consulted with a local trainer for a couple boxing lessons.  I incorporated them into my game and had much more fun and burned more calories.  After a month of playing every other day I have more energy and I feel like I can hold my own if I ever needed to.

Furthermore, there’s no way to use this to train specific exercises.  You can’t choose to practice specific punches or combos or dodging, your only option is to fight the same opponents over and over.  The game won’t track your calories burned, punches thrown total time being active.  The fact that there’s only 5 different opponents means this is a strictly casual experience.

This is a single player only game so those looking to test their mettle against a real person may be let down.   At this time the developer says he has no plans to incorporate it into the game.  This isn’t unreasonable as most VR games have a limited player base already, and this type of niche game I feel would probably have a hard time finding a match. 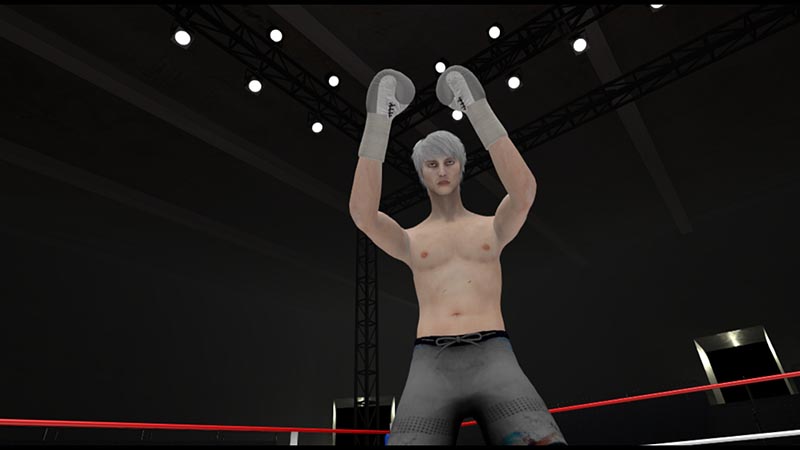 The view from the canvas is much less pleasant

However, this game is definitely fun as it stands. I recommend it to anyone wanting a workout game or to get into casual boxing.  The game is in Early Access and has a 1-man dev team.  He puts out updates monthly and is active in Steam discussions, seeking input from users.  The inevitable comparison will come between this game and a dedicated VR workout tool.  While something like BoxVR has a clear workout plan and tracks stats, it doesn’t quite capture the feeling of punching someone and throwing a hook just that little bit harder to knock him out.  Considering there have been AAA games with less support, this game deserves a play.