Ever thought to yourself…I need more pirates in my life? To that I say, you’re probably a little insane.  If you are looking for a ‘hearty’ adventure than look no further than Heroes of the Seven Seas, where take on the role of a pirate captain and traverse the world in search of excitement and maybe a little loot. 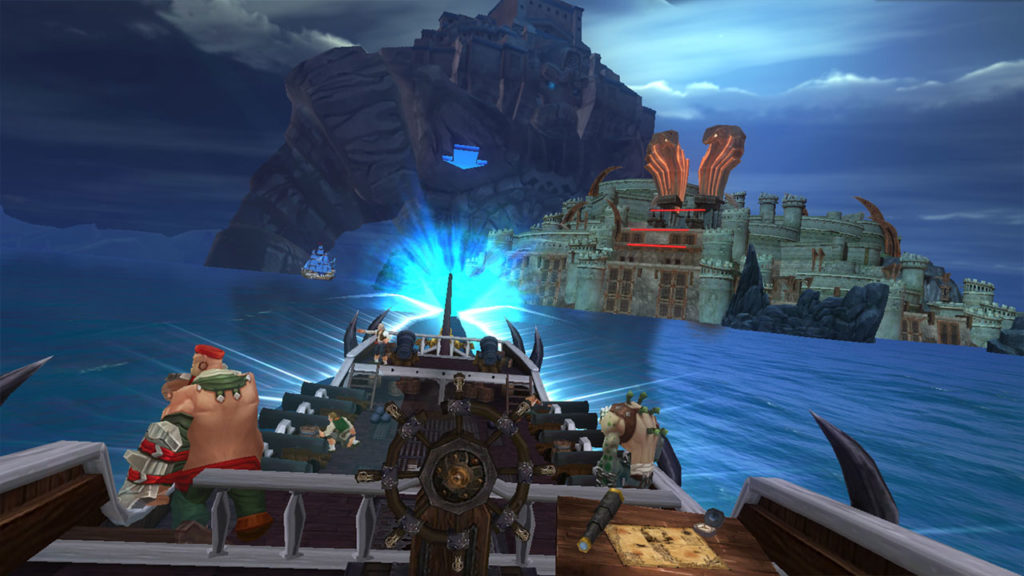 Only the DS4 controller is supported at the current time so controls boil down to looking, then hitting a button…simple stuff.  The game utilizes a bunch of mechanics from first person navigation, conversation and even a stationary firefight or two.  Otherwise you’re at the helm of the ship, tasked with navigating dark waters and surviving all the ships and other foes in your path.  It’s apparent at the onset that this was designed for lesser VR systems.  Navigating on-shore is by teleportation only and the environments you do this in are very tiny, making the mechanic almost pointless except to strike up conversations with those just out of reach.  Shooting is the same with you being locked in place and aiming with your headset and pressing the trigger buttons.

Controlling the ship has the most depth here as you are given free motion to move as you see fit.  You can’t move backwards, but any other direction is available.  This can be used to your advantage in ship-to-ship battles as the enemies suffer from the same real-world limitations.  All the weapons available require looking at a certain side of the ship to trigger that sides specific weapons.  It very simple in execution, but still leads to some fun combat, though some unfair matchups during the campaign almost guarantee death, and a subsequent chapter restart.

The game is broken up into chapters, available for viewing from the captain’s quarters, should you wish to visit previous missions.  The story, though well told, is minimal as each level consists of starting at point ‘A’ and venturing to, or completing, task ‘B’ whereupon the next mission in your adventure is given to you. 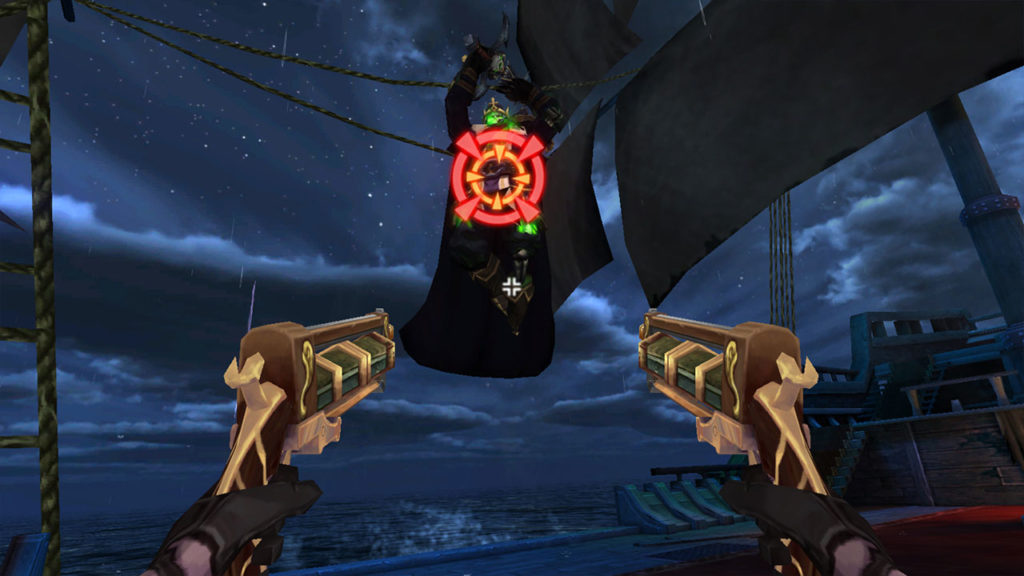 What is presented looks like a port from a mobile VR title.  Characters are blocky and animate well enough, but mouths don’t really move and facial expressions don’t change much either.  It’s a very cartoonish, exaggerated art style, which is pleasing enough, though more detail into this console port would have been nice.  The ocean looks pretty good, but don’t expect waves to crash around you or anything to immersive.  All that said, there is a charm here and while I would’ve liked a little more out of the visuals, they do the job.

Piratey themed music tracks pepper this title putting you in the mood for some sea faring fun.  Every character is voiced as well, and by a rather talented lot, and they ham it up as much as they can to bring life to their characters.  People don’t say much more than what is needed to push the story forward, but what’s here is quality work.

All in all this is an alright game, but besides the voice acting, nothing else here really impresses.  The first-person shooting is very basic, even when you get additional unlocks.  Getting behind the wheel of the ship is also just ok…I had a good time, but it’s very simple and occasionally unfair depending on what lies ahead of you. Ship upgrades are available between stages and give you noticeable unlocks and upgrades, which is a nice addition.  The story is nothing more than simple narratives loosely stitched together to get you where you need to be next.  It all works, just nothing amazes. 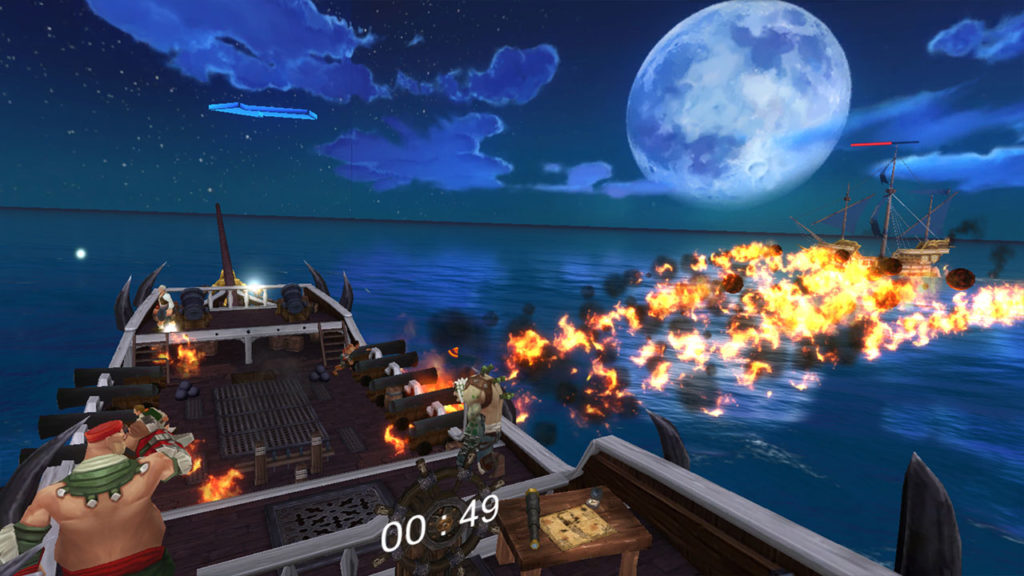 Seriously…this is the best part of the game!!!

There is value here for sure and those not expecting their minds to be blown will have a good time as there are good times to be had.  It’s not incredibly engrossing and the campaign won’t take you too long to beat, maybe an hour or 2 a the most.  A fun romp on the high seas for sure, but nothing worth writing home about.

What would I pay? $6.99 is decent pricing.  There is a lot more here than I expected and while none of it is amazing, it’s not terrible either.  It’s worth a look and your time, then move on to whatever is next and forget you ever played it.

Mirage Interactive proovided theVRgrid with a review code and, regardless of our review, we thank them for that!