Well, the game that nobody was waiting for has finally arrived with the second chapter to the Ghostbusters VR episodic series.  You can read my review of the first episode, Firehouse, here. which I found to be criminally short above anything else.  Showdown picks up where the Firehouse left off and those expecting more of the same may be happy to find out that this plays out like a proton-gun blasting wave shooter, but before you get your hopes too high, it’s not that good of a shooter. 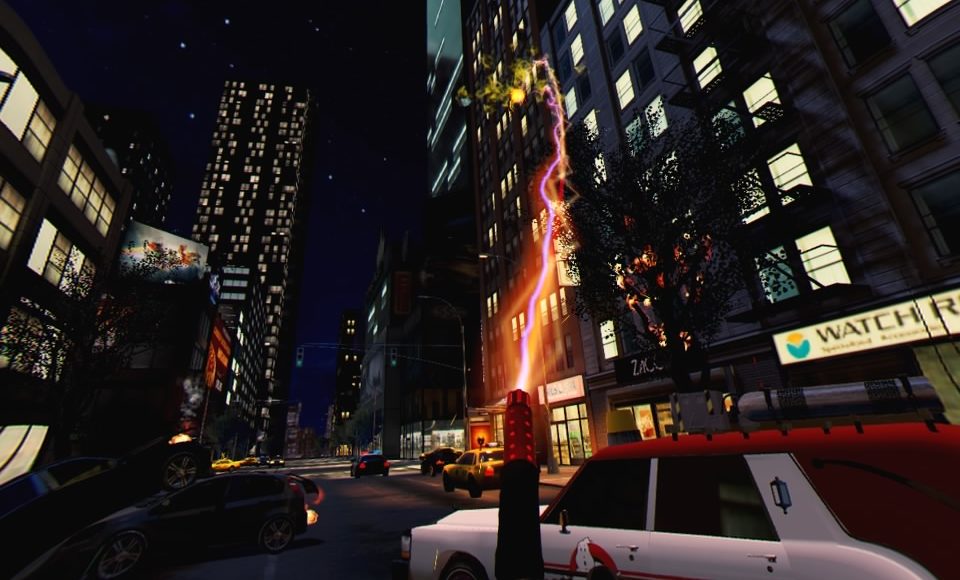 Zap, zap and zap some more.

Whereas the previous game allowed you to navigate around the Ghostbusters’ base of operations and play with items and objects scattered around, this strips the game down to the absolute basics…aim and shoot.  With your Proton-gun you must “aim” at a ghost and fire away.  Those familiar with the Ghostbusters franchise will appreciate the erratic way the gun fires while still hitting your target…most of the time anyways.  The only concern with this mechanic is that the gun will overheat if used for too long so timing may be key to make sure you don’t get hit or slimed.  That’s it as far as gameplay goes…I think.

I’ve played through this game 6 times now and I don’t think I have actually beaten it.  After a few waves of enemies, the boss arrives and I have to hit a certain target to beat the game.  In every playthrough when I get to this moment, I get overwhelmed by ghosts and while it looks like I performed what is being asked of me, the screen goes black and I am met by the no-ghost guy who says I screwed up.  From here I have to play the game again, from the beginning, to get back to that point which takes around 15 minutes.  It’s absolutely maddening to not know how to do this right.  There is no health bar so I have no idea how damage works, I can’t tell if I have a time limit to blast what I need to and the biggest annoyance is that, upon failure, I have to play through the whole monotonous stage again, with each playthrough making me despise this game more and more. 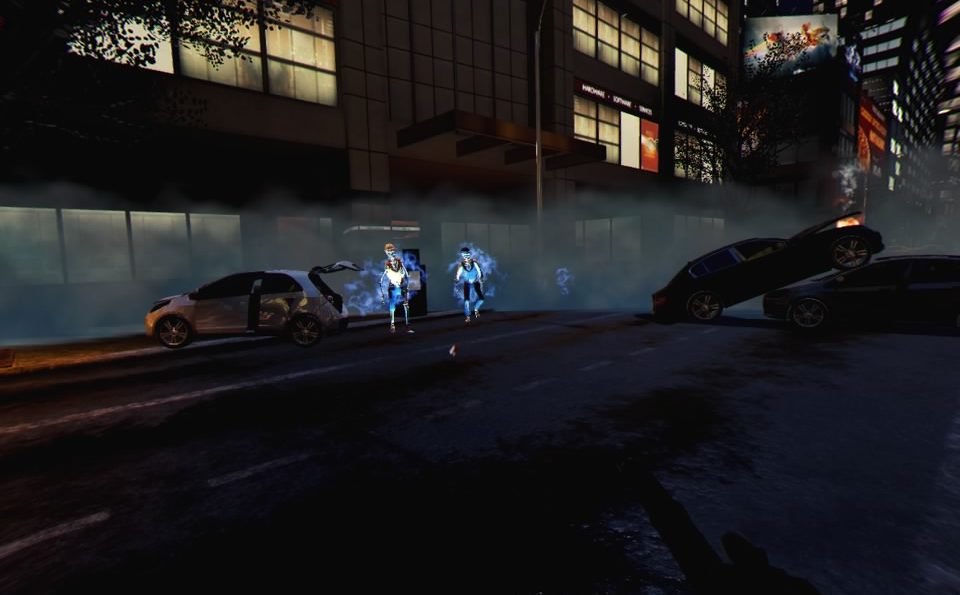 The ghosts alright, though there are only a few individual models

On the brighter side, I applauded the 1st chapters visuals for being decent and doing an excellent job of capturing the look and feel of the Ghostbusters universe and that has carried over here as well.  The Ghost’s look good, the boss looks great and brought me back to my childhood days.  My only complaint here would be the environment, which is one city street with some busted cars scattered around.  Little effort was put into the background and it shows.

Patton Oswalt reprises his role as No-Ghost and commentates on the action happening around you.  Blasters carry some ‘ooomph’ and the Ghost’s sound like you would expect.  I did encounter an odd glitch when I played back to back games that muted certain sounds making them impossible to hear, forcing me to close the game and restart it. 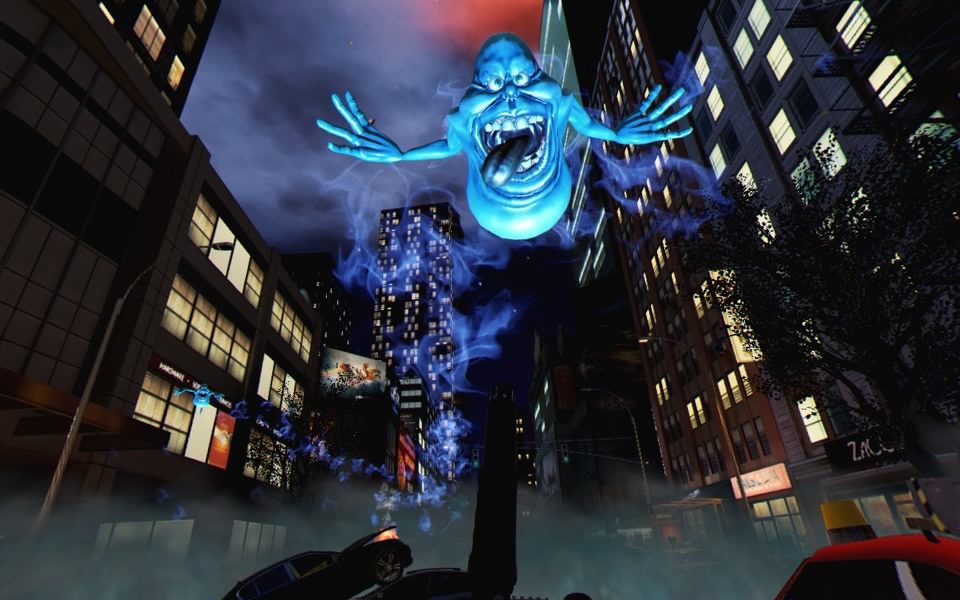 If you want, you don’t have to play the first game as this is a separate download, but on the off chance you are interested in playing these, both games are bundled for a slightly cheaper price of $10 US.  This runs at most 20 minutes and offers little reason to replay it except to see it to its conclusion after dying over and over.  The shooting is the most basic offered in VR, the singular level is unimpressive and while I did like the ghosts and boss, that alone does not justify the asking price.  Bottom line here…stay away

What would I pay? I said I wouldn’t pay more than a $1 for the first chapter and I think the same applies here.  The standalone price of $7 is a rip off and the paired price of $10 is barely better.  $2 is most I would pay for this pandering shovelware.