Fugl is not a game I would typically play, let me just get that out of the way.  Fugl is a relaxing 3rd-person flight sim game where you can soar through a variety of stages, taking in the sites and sounds with no real objective except just to chill. 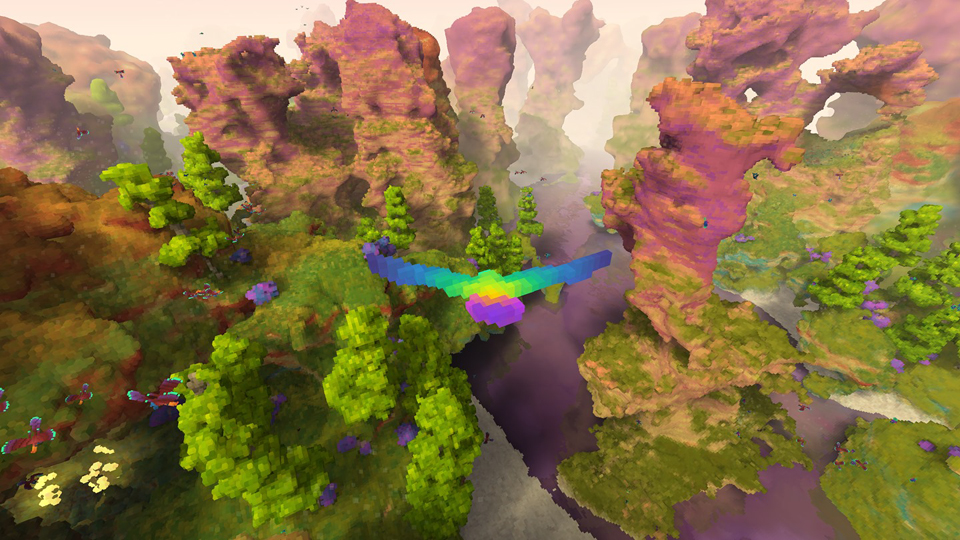 These pics really don’t do the VR experience justice.

You can use the Touch controllers or a game pad and I much preferred the latter as the button placement made the controls a little easier to use.  With a controller in hand you simply pick the theme of the stage you wish to play and start soaring.  Your initial play explains the basics of controls, which for the most part are fairly intuitive and standard in a 3rd person flight game.  Thumb sticks control the direction of flight, triggers control speed and the face buttons allow you to perform a few different actions including sharper turning, diving and the ability to shape shift.  The worlds you visit are populated with tons of animals and as you fly close to them, your little bird will assume an amalgamated form of itself and whatever animal you crossed paths with.  That’s really all you do in the game.  There a codex of sorts that showcases all the animals you have found, including some very rare ancient and mythical ones, which does give a little purpose for those looking for that, but the core of this game relies heavily on just taking in the sights and sounds around as you as explore 10 different biomes.

The star of the show is the presentation.  All the worlds and creatures around you are comprised of voxels and the environments look stunning.  Dust, pollen, snow or whatever is present in the air to indicate wind flow, which can be adjusted in the options menu.  Each of the biomes is littered with trees, cliffsides, mountain ranges, flowers, plants and so much wildlife.  Everything in this game is in over abundance with so much nature around you it’s striking.  The biomes are actually quite small, but loop, as if every one was a small sphere, allowing you to fly endlessly.  It won’t take too long before you recognize the landmarks in each stage, but with caverns, lakes, tunnels and other hidden areas to find, each biome feels truly alive and complex.  The 10 stages cover all manor of real-world environments with a Halloween one thrown into the mix which looked very slick with it’s dark background contrasting with neon lights.  The animals do not carry much detail, just enough to let you identify them, but that simplicity allows for dozens of animals to be on display at the same time. 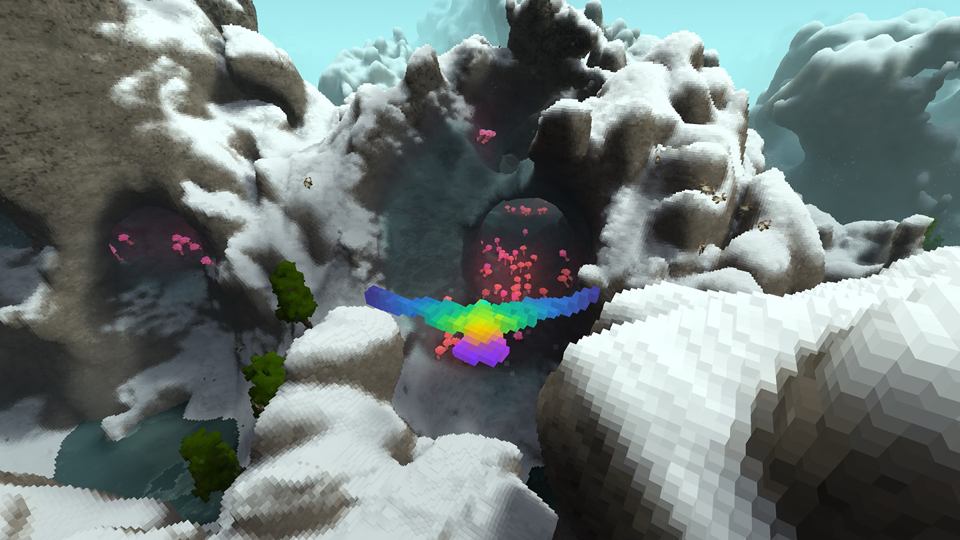 There are a bunch of biomes to explore

Light, ambient music plays throughout the game, but falls into the background in favor of the sounds of you soaring and animals around you.  Each animal makes noises akin to what they would in the real world and with almost every single area in any biome teeming with wildlife, it makes for some striking and serene moments.  It’s the kind of game where you can have your bird land, close your eyes and take in all the sounds around you and just chill.

Fugl is great at doing what it was intended to do.  This is designed to be Zen; nothing needs to be done except to enjoy all the things happening around you.  Everything is unlocked as soon as you start the game with the only, completely optional task, being to find all the animals to add to your little biodex, which displays all the creatures you have found but blacks out the ones you haven’t.  Most animals are in abundance but there are a few rare ones which are quite difficult to find as there is only 1 of each type hidden throughout the game.  They really aren’t even hidden, just that there is only 1 of each which makes them difficult to spot.  There are some annoying collision issues when your bird collides with the environment, especially in smaller caverns and nooks where the controls just don’t allow for finite movements, causing crash after crash until you somehow manage to maneuver out of them.  A reset position button is available, but depending upon where you last touched the ground, it’s not always helpful and I often ended up just restarting the game as opposed to fighting the controls in these moments. 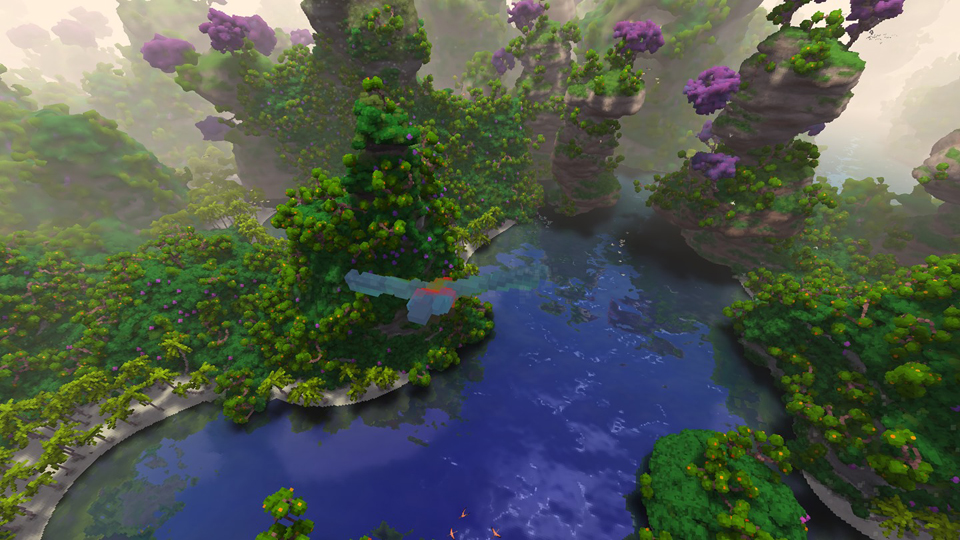 No just imagine this all around you!

Fugl won’t be for everyone.  It’s a super relaxing, chill game designed to help you unwind in fantastic and beautiful worlds brimming with wildlife.  I am one of those people who wouldn’t really ever consider playing a game like this, but I can’t deny that every time I went in to check the game out, I played longer then intended. Fugl is an absolute joy to cruise around in and the voxel art style makes for striking visual elements that look amazing in the headset.  If you are looking for a relaxing VR experience that let’s you fly wherever you want without a care in a world, maybe dumping the stress you’ve accrued throughout your day, Fugl delivers an experience like few others.

What would I pay? Fugl is $15US and worth it, assuming you like calming and chill experiences.  For those who need a little more out of there VR experiences, Fugl might not be for you, but if you see it on sale, it may worth a pickup if not just to enjoy, or demo, the dynamite presentation.

Team Fugl provided The VR Grid with a review code for this game and, regardless of this review, we thank them for that!