Virtual Reality offers ways to experience media in all new and fresh ways. While more interactive mediums like games and real world experiences are at the forefront of VR, a small but growing amount of story driven movies is trying to find their way into our headsets.  Ctrl is one such short which attempts to merge e-sport and VR into a narrative tale that carries a message that is much more serious than you might expect from video-game based short film   There will be spoilers ahead so be aware. 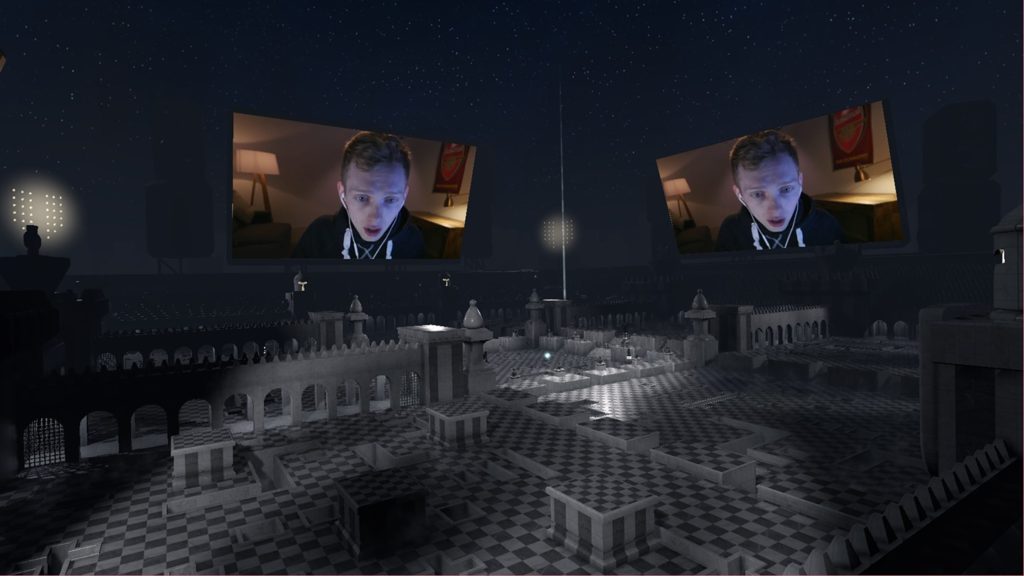 The arena…I’d make jokes here, but the content is way to serious

Ctrl has you watching a boy named Liam as he enters the final rounds of a cash prize tournament for an online chess shooter type game.  As you can only sit back and watch the events unfold around you, this video does it’s best to keep you interested.  Your view consists mainly of an arena where the action is taking place and large displays around the arena which feature Liam and the games’ commentators.  The focus however isn’t in the arena, but Liam’s household and the personal struggles both him and his mother are facing.   This is short story with a sub plot that quickly turns into something that may hit closer to home than viewers may expect.

The action takes place mostly in front of you so you don’t have to worry about missing any of the action or story.  After watching this video, I wasn’t quite sure what to make of it.  *Spoilers ahead so be aware* The message here is about domestic abuse and its immediate effects on those involved.  The acting was fine though the CG visuals were a little lacking as far as impressiveness goes.  I personally haven’t experienced anything close to what Ctrl’s central theme is all about, which may be why I felt left wanting, but for what I’m not quite sure. 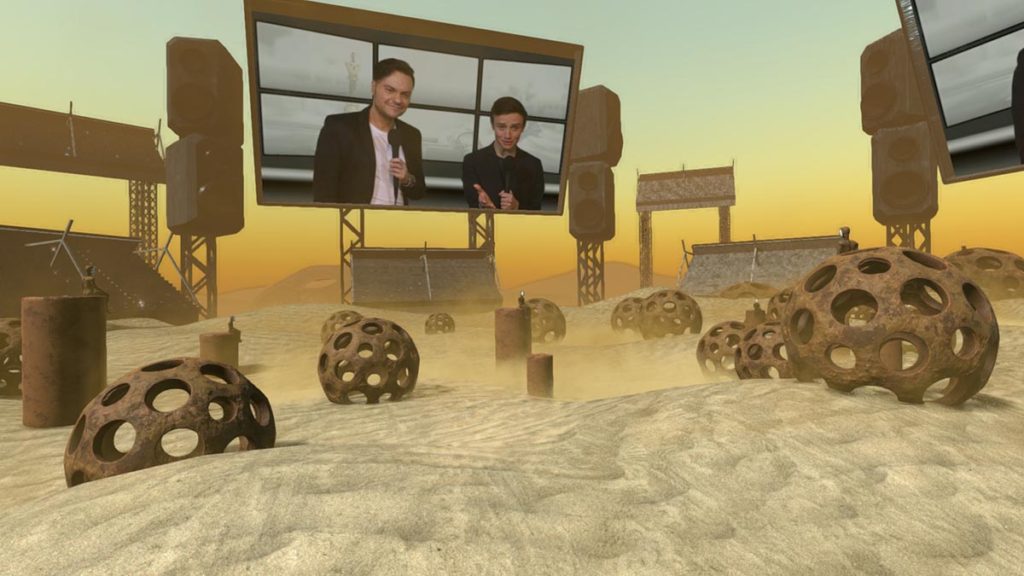 These 2 commentators will annoy by the end of this VR short.

It’s hard to review this title as I do applaud the effort of making a virtual video about abuse.  It just feels hard to justify a price tag for what feels like a PSA made for new technology.  After watching the video, I’m not sure what the end purpose was for creating it. Am I supposed to be more aware about domestic abuse or feel more for victims of it?  I don’t know, and to me that may be the biggest misstep of this video, it’s lack of message.  With all that said, it is intriguing concept and a first step into creating story driven VR content and depending on your attachment to the issue of abuse, you may pull something from this experience that I missed.

What would I pay?   $2 is fine I guess.  I appreciate that content costs money to produce, even if it’s not the best thing you have ever seen. It’s entertaining, but feels more like a bulked up PSA than anything else.