The unfortunate events of Chernobyl have always been something akin to an urban legend to myself.  That’s not to say I don’t think it’s real, but rather that I have heard so many stories about the event, including irradiated wild life and a nuclear explosion that I really don’t know what the actual story is.  Now common sense(and age) have had me filter through most of those stories and fluffing them off as nothing more than made up tales.  With that said I know very little about what actually happened at the nuclear power plant, and after this, I’m still left wanting to know more. 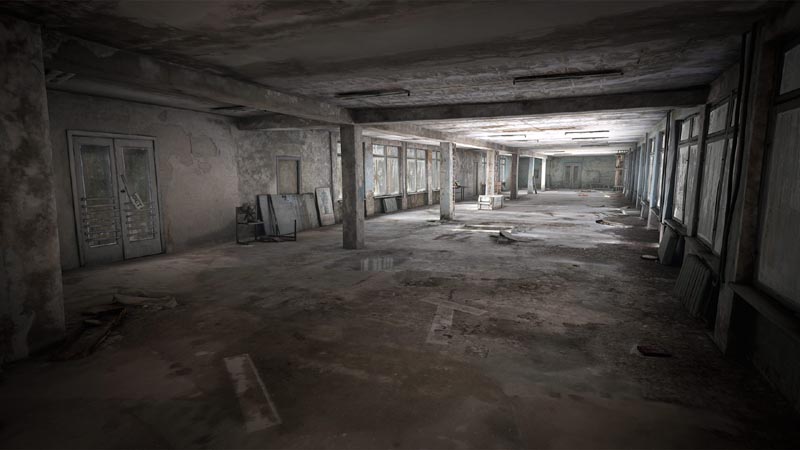 Portions of Pripyat have been recreated with amazing detail

This is much more educational than anything else and while there are a few areas you can navigate around, most of this experience involves simply watching or looking around.  With Move or DS4 controls you can navigate the main menu and select a chapter.  Either method plays the same, even in the interactive sections, so whatever you have in hand is fine for this experience.  The few areas you can walk around in are teleportation only and click turning so those looking for a really immersive experience will be left wanting.  Besides those areas, the rest of Chernobyl is 360 photos and videos so you just sit, look around and listen.

The actual recreated levels are the highlight of this experience, but that’s not really as strong a compliment as it may sound.  Many of these areas are heavily detailed recreations certain building in Pripyat, the nearest city to the Chernobyl power plant.  The problem with these areas is while they have a fair bit of detail, there isn’t really anything to do except look around and trigger the next video or picture.  They look like faithful recreations of their real life counterparts, but for the most part, your just left to admire the details and little else.   It’s cool to visit the Chernobyl control room and a nearby military defence grid, but like the rest of the experience, all you can really do is just look around.  Throughout these stages you will hear sound effects inserted at certain sections that are echoes of the past; children playing in a school or the hustle and bustle in the city’s hospital add to the feeling that you are looking at an abandoned city.

Otherwise, we are treated to some very low resolution 360 videos and picture.  I feel like this little project has been in development for awhile and has suffered from both the advancement of technology and our expectations.  As these are only 360 pics and vids, there is no depth, you just get to look at select abandoned portions of the city.  While some of the vantage points are cool, the low resolution does a disservice to the overall product.  The few vids are interviews with survivors of the tragedy as well some unique views from people who lived nearby.  A few of these videos feature a Pripyat tour guide who tells you about the events that occurred in certain areas before the accident.  I found these to be a little interesting, but they also contained a lot of obvious information as well…  ‘People used to love swimming at the local pool’ or ‘ the hospital treated a bunch of the  victims’.  What’s worse, is that, even though these are 360, there is literally nothing happening around you to even warrant the use of that kind of video recording.

The one thing that piqued my interest, and was barely touched on, was the huge multinational undergoing to seal up the reactor with a whole new barrier, built around the old one, known as the sarcophagus.  It’s likes a massive quonset hut made of thick steel and you only get one 360 picture and can see it in the distance in one of the walking sections.  Besides that and the very brief explanation as to the events leading up to the disaster, I found most of the content here to just be dull, or visually off putting.  Once you view all the games content, there is really no need to go back again. 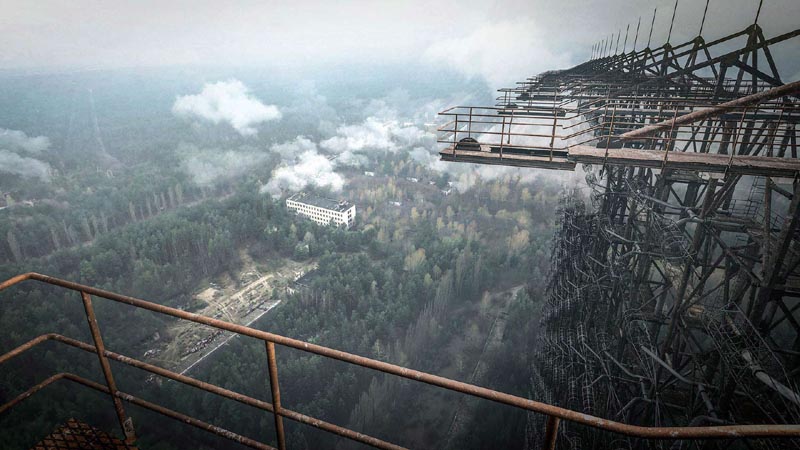 I just think as an experience, this failed to entertain.  This would really be best for someone heavily interested in Chernobyl or a student looking for a little more insight.  While I did enjoy a few of the items presented, overall I was bored by most of the content and this just feels like there should have been more of well…everything.  Heck even 360 videos through some of these areas would have greatly added to presentation  instead of the still pics.  Unfortunately ,this whole experience just left me wanting more.

What would I pay?  I think $5 seems way more appropriate here.  If you are really looking for content on Chernobyl than the full price may be justified. I found the content just lightly scratches on the incident and while the recreated sections are cool, I thought the experience was just underwhelming.

TheFarm51 provided theVRgrid.com with a review code for this game and, regardless of this review, we thank them for that.