It’s time to scare your pants off! or at least attempt to in this 1st person psychological horror game centered around you, Dr. Stephen Dowell.  With no backstory given, you step into the doctor’s shoes and unravel the mysteries surrounding your family and your latest patient, Eddie, whom you’ve been treating for mental disorders. 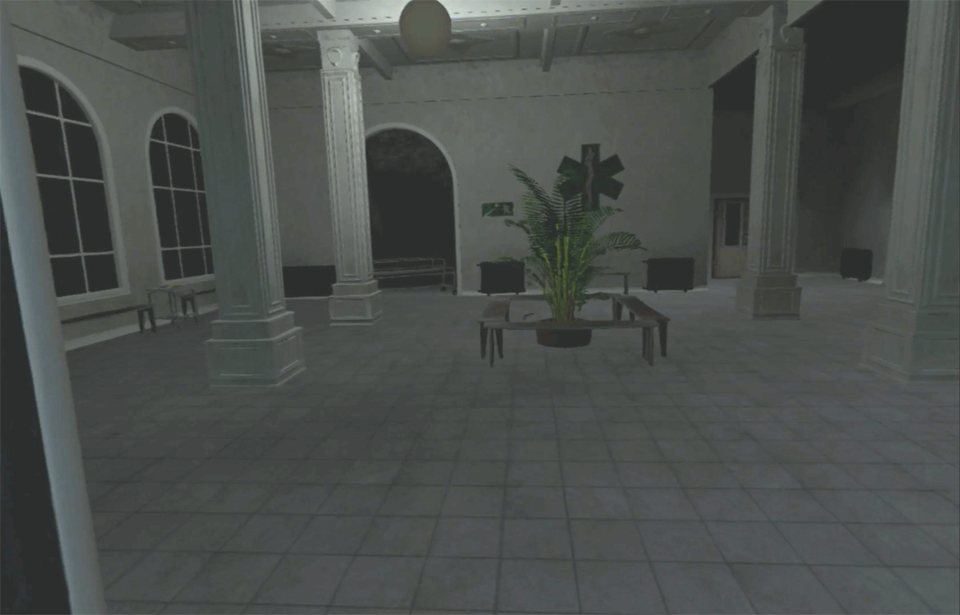 You’ll spend some time in this mental hospital as you work there!

VR support was added late to this game’s development and as such, only the DS4 is supported with options for click or smooth turning in here for comfort.  Due to the late VR option, this controls like any typical first-person title with thumb sticks used to navigate and head tracking used to highlight anything you can interact with.  This is as much a walking simulator as anything else and you’ll be navigating a variety of environments, typically searching for whatever item is needed for whatever is blocking your way.  Throughout the 2-hour campaign you’ll be opening up drawers, cupboards and doors in search of audio recordings, newspaper articles, old notes and a plethora of information to fill you in on you, your family and what befell all of you.  The story is linear, and quite erratic when you first start the game with very little information about where you currently find yourself.  The further you progress through the game, you are exposed to not just disturbing revelations but horrific events that happen before your eyes, as if your character may be losing his mind.  Stages are linear, needing you to perform a few simple tasks or find specific items to trigger events that push the story along, typically with the ringing of a nearby phone. 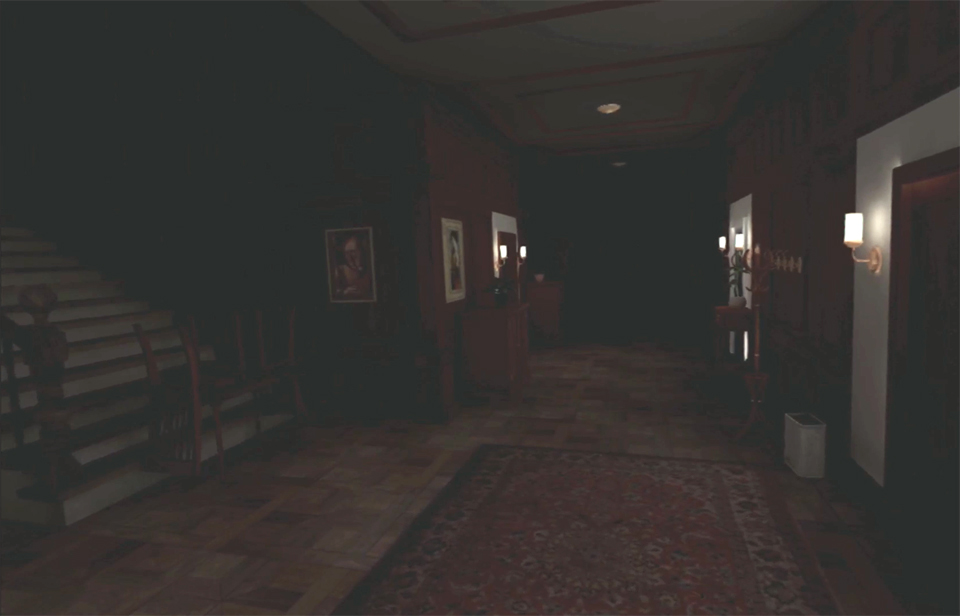 To its detriment, Rise of Insanity does not the look the best.  Some of the environments look alright, like the house you’ll find yourself in over and over, but the models used in other sections feel like they belong from around 2 generations ago.  This is doubled down upon by the lack of any kind of dynamic lighting making any sections not bathed in darkness looking drab, lifeless and flat.  The darker sections fair better, save for the areas that are actually so dark you can’t see anything except the icons that indicate you can interact with an item.  There are only a couple of those areas, but they do interfere with the flow of the game.  That’s not to say it’s all bad as the game does an excellent job of building suspense during some moments and has some pretty decent jump scares.  Those moments come sporadically during the 1st half the game and take over during the 2nd half offering hallucinogenic moments where you can’t tell what is real and what is in your head and to bypass them, you need to find a light source to shine at these visions, dispersing them back to wherever they came from.

Audio fairs a little better thanks to the voice acting from your character and a few other performances that occur throughout the game.  The music only adds to the tensions and while the visuals are lacking, the audio does it’s best to counter them, offering some very unnerving moments.  Music does not always play and in these silent moments, when all you can hear is the sounds of your footsteps, I couldn’t help but be a little unnerved.  Some of the script though is a little cheesy at times but given the over-arching almost B-movie quality of the plot, I could forgive the missteps in that department though the tail end of this game does offer some cringeworthy moments. 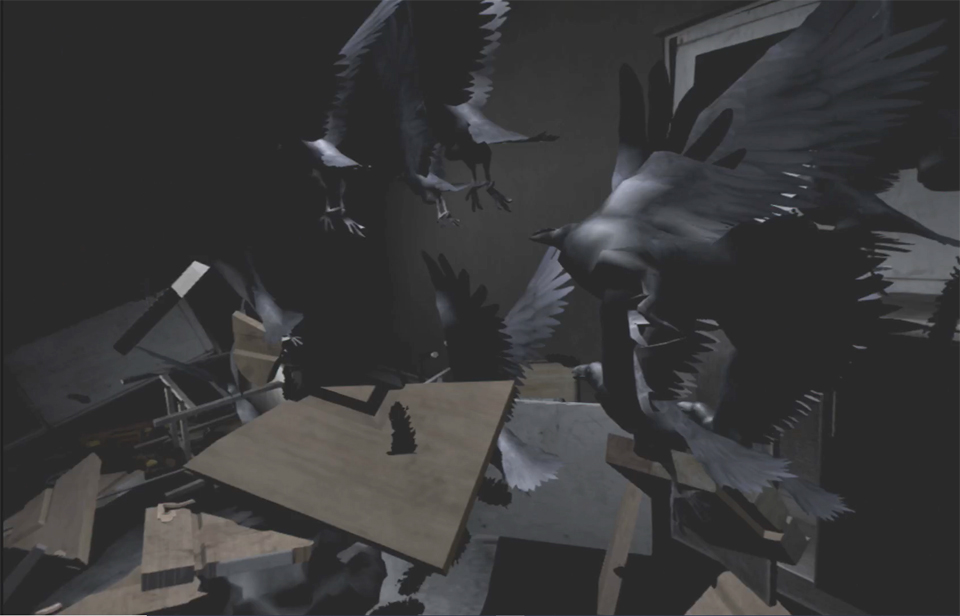 I want to say that overall I enjoyed this experience and I think most will if they go in with lowered expectations.  It seems like the developers had a very specific vision in mind for the game and didn’t quite have the budget to see it fully realized as is most apparent in the VR visuals.  With this being designed to be played flat and ported over to VR after the fact, it’s unfortunate that some areas of the game took such a big visual hit in the conversion.  There a few simple puzzles scattered throughout the campaign and while they are fairly simple, they break up the majority of the item finding.  There are plenty of notes and tidbits of information to find that detail the events leading up to your current situation though for anyone familiar with these types of stories, I can’t say I was overly shocked by the end game revelations.  The madness bits were by far the highlight of the game offering some cool disturbing moments, and the occasional jump scare for those that love unhappy surprises.  If you like a little more game in their game, three are a bunch of hidden rubber ducks lying around to find just for achievements sake. 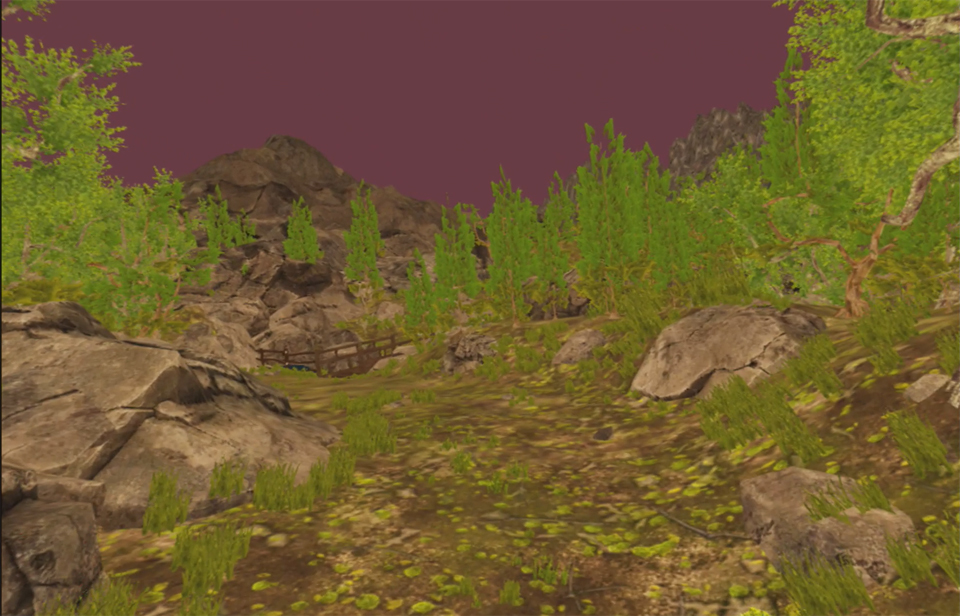 The brighter environments suffer the most from the conversion to VR.

Rise of Insanity is, at its core, a walking sim horror title similar to what we saw in Dead Secret or even Don’t Knock Twice.  I found the plot to be a tad predictable but still appreciated the journey to get there.  If you dug the games, I mentioned and fancy yourself a VR horror junky then I think Rise of Insanity is a solid addition to your VR library.

What would I pay? This is only $13 making many of the game’s shortcoming feel rather moot.  For that price, Rise of Insanity delivers a good budget horror game that will keep you entertained from beginning to end.

Red Limb Studios provided The VR Grid with a press code for this title and, regardless of this review, we thank them for that!