Attack of the Bugs is a unique blend of strategy and first-person shooting. Positioned waist-deep in the floor, the player must collect items to defend themselves against hordes of creepy-crawlies. This game has some substantial glitches, and can get very repetitive. When it isn’t, though, Attack of the Bugs is an absolute joy to play.

Gameplay in Attack of the Bugs is quite simple. Positioned from the floor’s angle, you first must use a grappling hook to grab boxes scattered throughout the room, to salvage for useful items. The hook feels like a fishing reel, and the physics of grabbing boxes is very good. Larger boxes reel in slower, but provide more resources, than smaller ones. 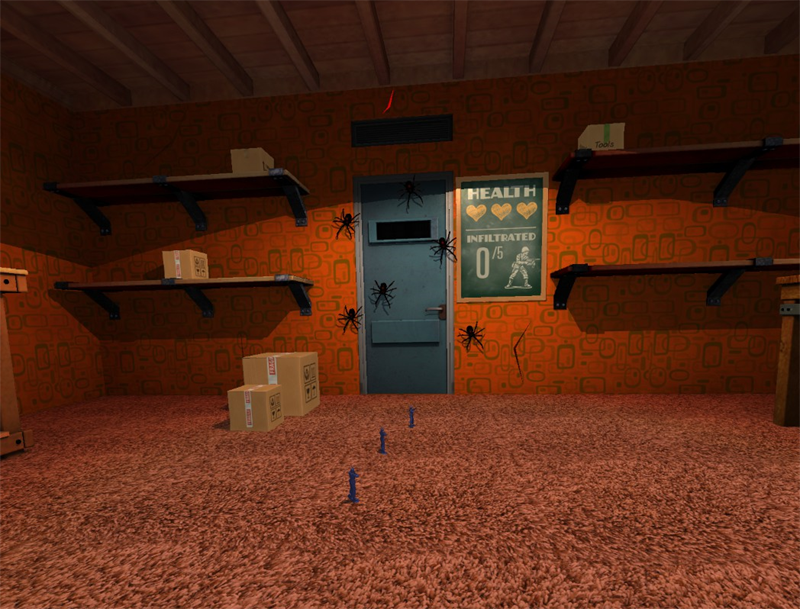 My squad’s become a bit outnumbered

The items you collect boast a wide variety of combat applications. Toy soldiers can be tossed directly onto the floor, slowly shuffling across the room towards their objective while shooting pesky arachnids. Toy robots also serve as stationary turrets. These are the only items reminiscent of a strategy game, with others blending gameplay into a first-person shooter. Boxes contain ammo for your nailgun, which is helpful and satisfying to use in blasting away enemies. Lastly, you can collect deadly, short-range cans of sprayable pesticide.

Attack of the Bugs hosts a simple and easy-to-use crafting system. Here, you can use various items to craft two varieties of grenades, or poisonous varieties of your field troops (toy soldiers or robots). You can also craft a flamethrower, which is devastating at the risk of friendly-fire towards your own troops. The crafting system in this game is well-designed, requiring almost no time or skill. However, what I just listed encompasses everything you can collect or craft in this game. Between crafting items, and collecting them in general, Attack of the Bugs missed a huge amount of potential with how limited its arsenal is. Items all fit a different need, but for what’s essentially a strategy game, there just aren’t enough of them to keep it from feeling repetitive.

Your objective in Attack of the Bugs is to successfully send 10-12 toy soldiers into the bug queen’s lair, as you fight off spiders and ants. These enemies see some diversity, with some spiders wearing armor or laying eggs. These bugs (erhm, mostly arachnids) sneak up on you from any angle (including the ceiling) to pounce directly on your face. This can yield some great jump scares, especially if you have an actual fear of spiders. 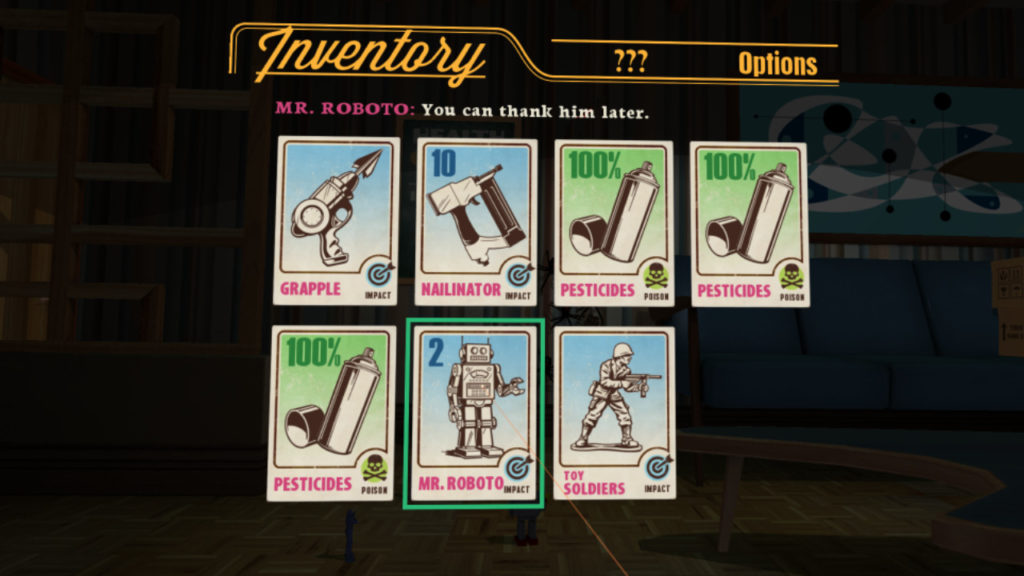 You have three lives, which can be replenished by eating apples scattered around the environment. However, bugs have another trick up their sleeve. Each room has a power grid, which they can swarm around to knock out the lights, leaving you temporarily wielding a flashlight until the power restores. This can come as a consequence to investing your focus in completing the objective, when a crowd of ants had actually been flanking you the whole time.

Attack of the Bugs has 15 levels spread across four maps, each a different room in a typical house. It took me about three hours to complete the game, which is a solid amount of content for the game’s price. However, this was mainly due to how often I died, as the difficulty spike in this game is huge. It starts out way too easy, but becomes ragequit-inducingly frustrating by its second half.

Attack of the Bugs also has an endless mode, where you must send as many troops as possible to the queen’s lair. This is fun and replayable, but the gameplay itself is totally identical to the base game. The lack of a winning objective is the only difference. Endless mode doesn’t detract anything from the game, but it doesn’t particularly add anything either.

The graphics in Attack of the Bugs aren’t impressive, but aren’t bad. The user interface is pretty good, offering options for calibration as well as anything else you might need. Menus are also well-designed and easily navigable. This game also only uses one controller, and while this isn’t really anything praiseworthy (and likely just my opinion), this gave me a comfortable experience. 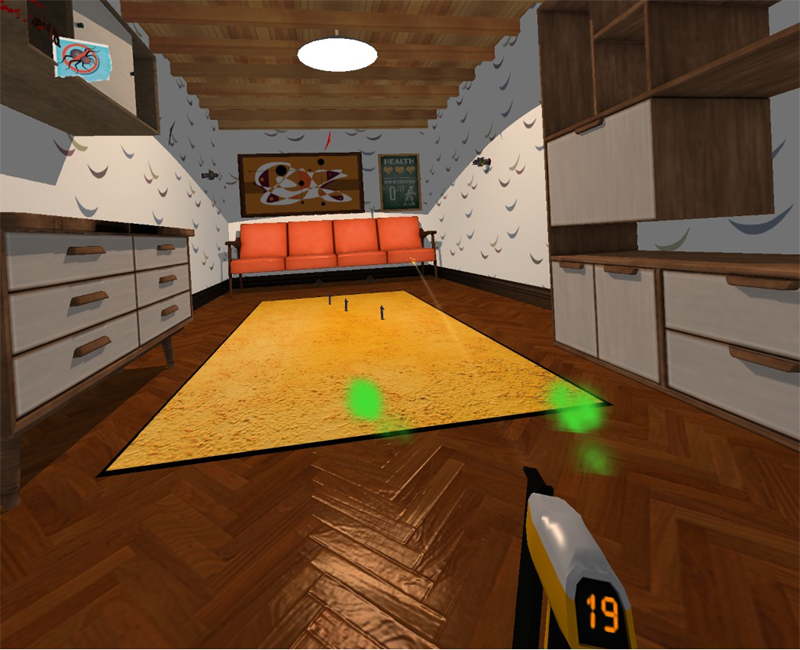 For a strategy game, this nail gun handles like an excellent FPS weapon

Unfortunately, while Attack of the Bugs may pit you against hordes of literal bugs, the game has numerous figurative bugs as well. None make the game unplayable, but they’re substantial. Your hand sometimes freezes, for one, in a way that’s unrelated to tracking issues. Sometimes, reeling in boxes causes them to get stuck behind furniture. Worse, some bugs become invincible after knocking out the power. For obvious reasons, this last glitch is a game-breaking issue and usually resulted in my imminent demise. Sadly, un-killable enemies aren’t an uncommon issue either, appearing at least once in most levels.

What would I pay for it?  An extremely fun and unique hybrid of shooter and strategy genres, Attack of the Bugs is an exciting and worthwhile experience that I’ll undoubtedly be playing more of in the future. It’s marred by repetitiveness issues and some glitches, but I’d still pay $10-15 for the game. Attack of the Bugs is unlike anything else, and for just $8, it’s certainly worth checking out.

Empty Clip Studios provided The VR Grid with a review code for this game and, regardless of this review, we thank them for that