The First Class is a museum of the history of aviation. While this is purely a VR experience (not a game), half of it consists of a guided tour that has some interactivity. This experience is short and presented a bit strangely, but uses VR well to provide a breathtaking history of aircraft, in a way that grabs the viewers’ attention and keeps them interested until the very end.

The First Class starts out in a sci-fi space station, and transports you to a massive aircraft hangar. Here, the environment springs to life, transforming into different set-pieces, used to present a timeline of aviation history. The player gets a chance to see everything from the Wright Brothers’ flyer to SpaceX’s Falcon9. After completing the tour-driven experience, you’re placed into an actual museum gallery, in an open dreamscape. Here, you can observe all the aircraft at your own pace, each containing a widget that displays a short paragraph about its history. 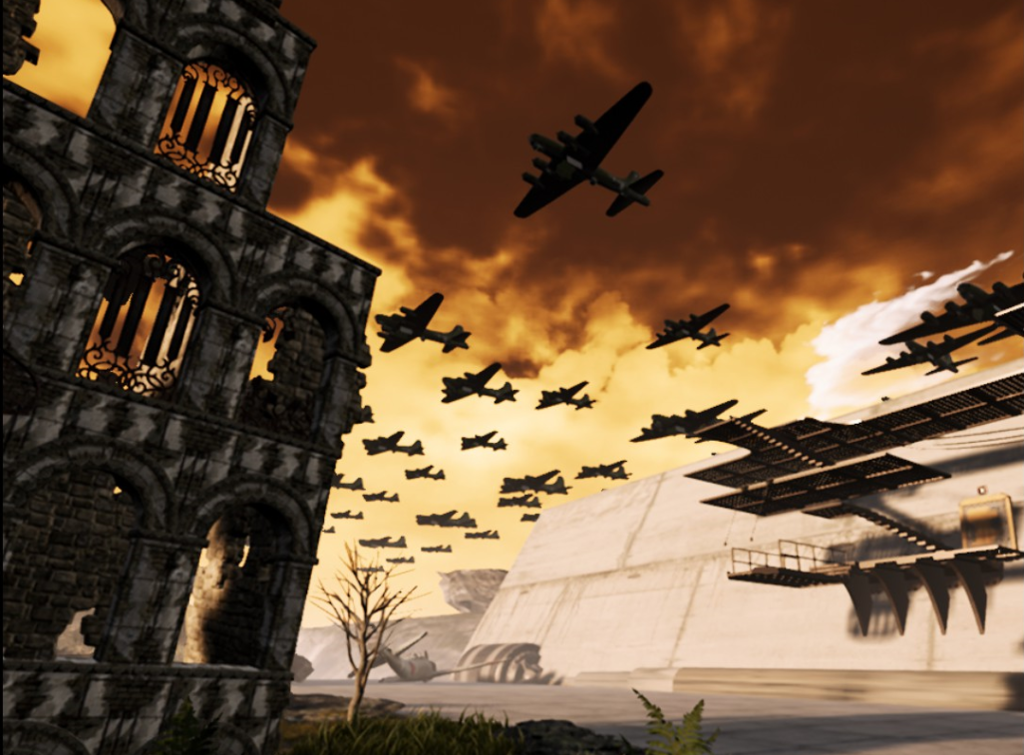 These scenes make you feel like you were actually there, if only for a brief moment

Relevant innovations are presented intermittently, such as the onset of military applications for flight. These are split into different, contextualized environments, such as boarding a Blackhawk helicopter and flying through a cave filled specifically with space flight vehicles. One scene even depicts an astounding concept model for a future space elevator, while the player soars through the air using the wings of Icarus.

The interactivity used in The First Class feels cool, but a bit forced. Things such as wing-flapping flight don’t add much to the experience, and neither does having to wear a helmet in the helicopter, just to name two examples. You’re given a flashlight, but only to illuminate a cave which is otherwise unrealistically darkened. None of these really detract from The First Class, but were odd design choices that try and fail to make it feel less like an experience and more like a “game.”

The First Class runs well, with exceptional graphics and well-designed visuals, which is actually the experience’s best selling point. Namely, every aircraft is three-dimensionally sized to near-perfect scale of its real-world counterpart. In most games, this is an inevitable benefit to VR graphic design. In this experience, however, it serves as a breathtakingly immersive indication of how people actually felt being around these vehicles were in reality. I was shocked to see just how large the Hindenburg blimp was, and just how small SpaceX’s Falcon9 is. Seeing a futuristic, life-sized space elevator made my jaw drop. For this reason, The First Class yields an educational experience found in museums, and never in textbooks or videos. 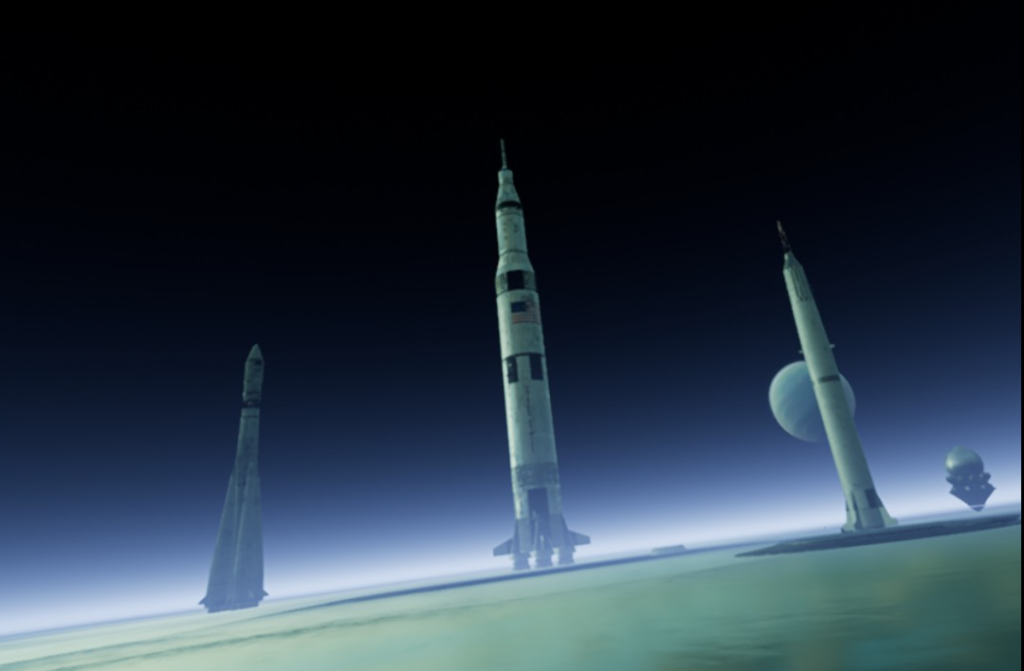 This experience yields a 15-minute tour, and a gallery that takes about 15-20 minutes to fully check out. While 40 minutes is typically decent for a virtual museum, this works to The First Class’s detriment. The aforementioned interactivity sequences feel incredibly scripted, which removes a lot of replay value. When several achievements are rewarded for replaying the experience multiple times, lack of any replay value is a self-evident issue. While an open-ended gallery is included in The First Class, it still only takes a half-hour to see everything.

Another issue in The First Class is poor and awkward English translations. I understand it was made by a Chinese studio, and since I’m American, this is forgivable. However, many translations in the gallery are so grammatically flawed that they’re almost incomprehensible. I genuinely had a hard time learning facts because of their poor translation.

What would I pay for it?  The First Class VR has breathtaking visuals and gives an interesting lesson, immersing the player in history like no experience before. However, it’s marred by numerous design flaws and short length. I’d pay five bucks for The First Class VR, but with an asking price of $7, it really depends on how interested you are. If it sounds appealing, you should absolutely give it a whirl.

Zodiac Interactive provided The VR Grid with a review code for this game and, regardless of this review, we thank them for that!