Mage’s Tale feels a bit like the old school dungeon crawlers of old reimagined in VR. It features an elemental magic system that allows you to modify your spells to fit your playstyle. The simple setup is that you are apprenticed to a powerful mage who is attacked and kidnapped at the games onset. Much of the further story is expanded via “logs” found throughout the game. The core gameplay consists of exploration, with combat sections and the occasional puzzle. You are joined at the beginning by an Imp who will serve mostly to explain how to progress and tell jokes which fall flat more often than succeed. 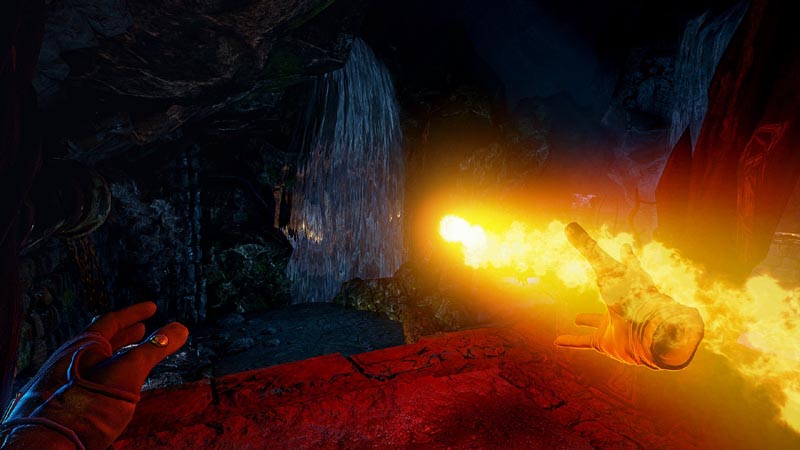 Exploration in particular is key as it allows you to find spell ingredients that will allow you to add various effects to your spells such as enhanced power, homing, reduced recharge time, and multiple projectiles. None of the spell variants really changed the core experience of the spell, but it is fun to experiment with the different option and see what you appeals to you the most. The puzzles range in quality with most being a quick solution that is solved with clues around you and the occasional puzzle that just seemed too easy. None felt tedious and given the rewards offered after solving them, even the harder puzzles always felt worth the time and effort.

One odd omission is the ability to dual wielding spells. It just feels weird to only be able to functionally use a spell in only one hand, especially considering the freedom given in other aspects of the game.  Even if a spell could only be used once, it would have still been nice to have the next shot ready to go. This choice makes it harder to use spells with a long cooldown and it didn’t seem worth the effort to change to a spell to use it once only to be forced to change back to a weaker one that can be fired more frequently. I spent most of my playtime with the low cooldown spells in use as it was just easier than switching back and forth. 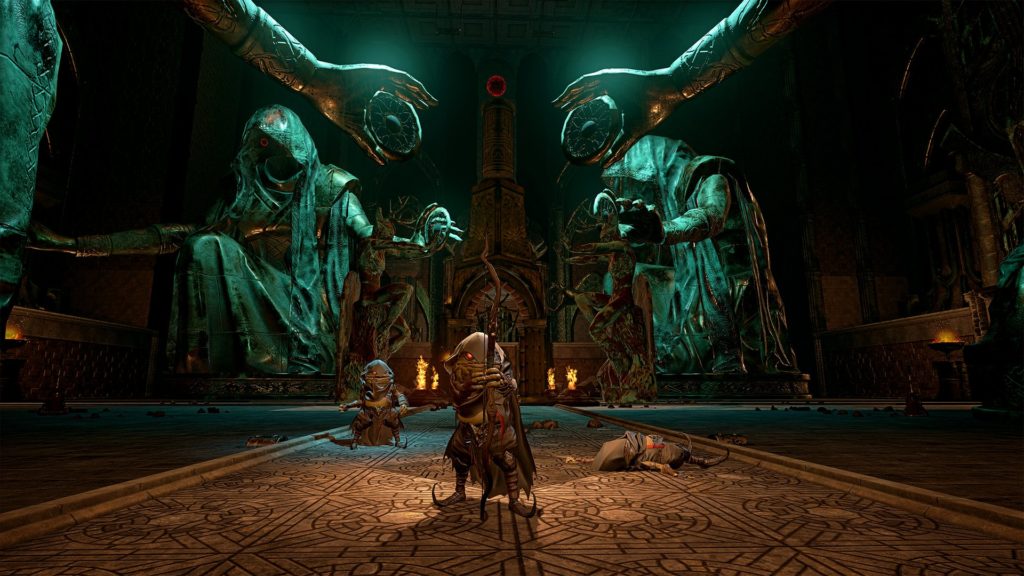 Lots of classic fantasy foes are waiting for you

You are rewarded experience points for accomplishing certain goals such as reaching major story points, finishing off a group of enemies or discovering secretes. Each time you level up you are presented with two upgrades and you can select one of them. Options usually include extra health, reduced spell recharge time, upgraded shield and various other minor upgrades. You can only select one each time, but they do tend to show up again later so don’t worry too much about which option you choose each time. The decision to only award XP outside of combat is a welcome design choice as this level up decision is automatic and you cannot progress until you pick an option.

The game has a nice setting with good looking textures on the walls and floors. The enemies are detailed and varied enough but some of the animations were simplistic.  Given how many of the same enemy types you will see throughout the campaign, watching them run at you the same way every time gets a little old. With that said, this is still one of the more immersive experiences I have played in VR when the visuals are at their best, I couldn’t help but be impressed. The spells all look interesting and their design matches their function in ways that feel both natural and fantastic. 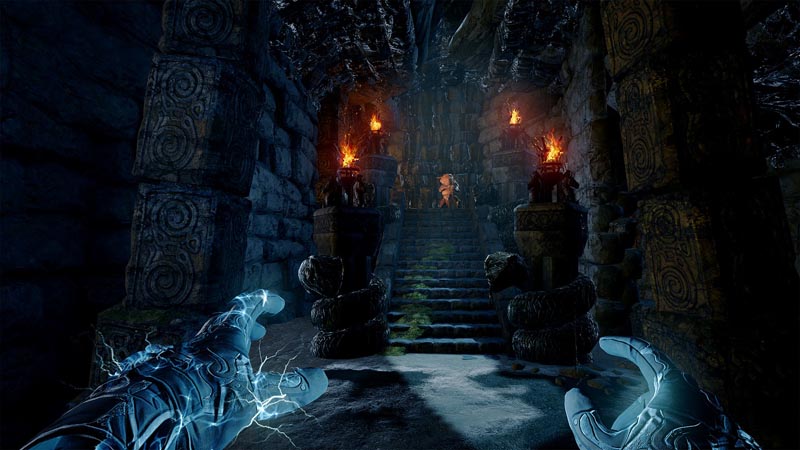 Some of the environments are visually very impressive

This review is being written after the highly requested natural locomotion update. I am one of those that can handle natural locomotion and I certainly appreciated this addition as smooth turning always adds to the immersion. I attempted to play with the default locomotion and felt it was sort of jarring and just felt cumbersome. The default movement blinks you forward about the size of one step at a time, and while this decreases the likelihood for simulation sickness, but it doesn’t feel natural.  Since the original gameplay closely mimicked natural motion, this update did not break the functionality of the game in any way I have come across, although fights might be slightly less difficult as strafing and firing off spells is easier than blinking sideways and firing. 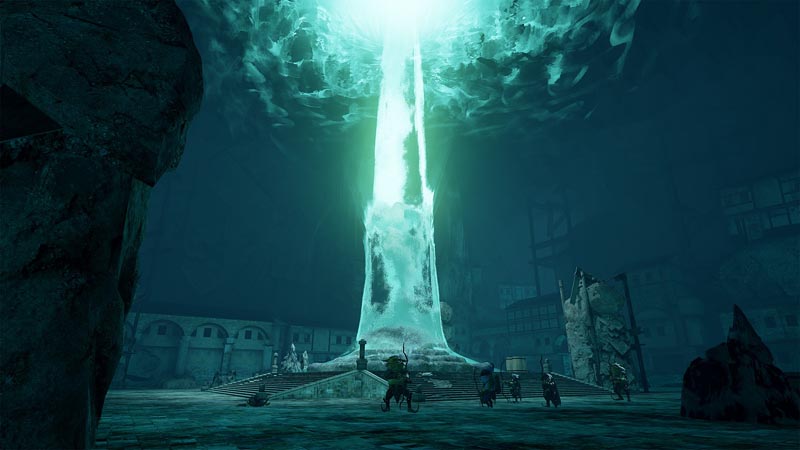 I’m pretty sure these guys are up to no good

The campaign takes place over 10 stages and is one of the longer VR games I have experienced, clocking in at around 6 hours but the story is not particularly interesting, and the gameplay can definitely be repetitive at times.  Still the presentation and RPG elements spice up the action nicely and when combined with the above average visual polish makes for a game that should appeal to those looking for a classic first-person dungeon crawler.

What would I pay?  I still enjoyed the experience and if you are a fan of dungeon crawlers the asking price of $29.99 is almost acceptable. I would think a price of $25 would be more palatable to RPG fans and less than $15 should be a decent value for anyone with a Rift.

InXile Entertainment provided theVRgrid with a review code for this game and, regardless of this review, we thank them for that!