Headmaster is a surprisingly fun, fleshed out, hilarious game about hitting balls with your head. Representing your football team, you’ve been sent to a prison (erhm…excuse me, the “Football Improvement Center”) where a sociopathic CEO and his lovably ignorant assistant Carl make creative, over-the-top, and often immoral tasks to make you a professional at heading balls. Though its difficulty is often off-putting, it’s the most fun I’ve had in any VR sports game- or, personally, in any sports game for that matter. 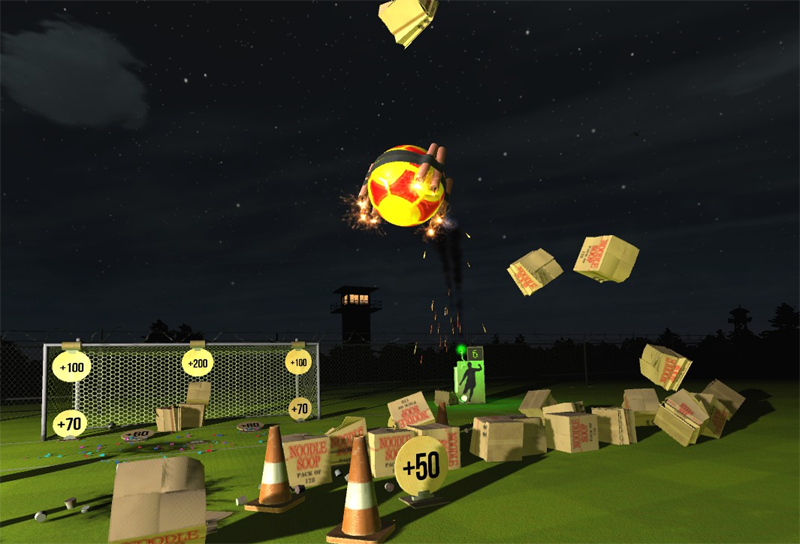 Thankfully, these don’t explode until after you hit them

At its core, Headmaster’s gameplay consists of one, simple action: head butting balls, aiming them at specific targets. Although bare-bones, it never gets too boring. Each level has different launcher positions, ball speeds, and positioning between the player. These variations ensure a different heading motion every time you hit the ball. This is only enhanced by the game’s stellar physics on both the ball and of the items it hits. The ball reacts accurately to your head’s position, as well as the strength and trajectory of your heading motion. The ball’s weight due to gravity, and its bounciness on a given environmental terrain, are both well accounted for. It can sometimes be ragequit-inducingly frustrating when the ball repeatedly flies in unintended directions, but it never feels unfair. It feels like the ball goes exactly where your head directed it to, and it can sometimes be difficult to control this.

Despite having physics that are realistic, the tasks and the gameplay mechanics are anything but. Motorized goalkeepers, drone-controlled targets, and color-matching are all efficient obstacles that you’d never expect to see in a real training center. There are even ball power-ups, making a small number of your incoming balls explosive, scatter-shots, or others. The realism of the base gameplay mechanic, put into a context as over-the-top as Headmaster’s, leads to a sports game that is both fun and unique. This thematic contrast is also why I enjoyed the hilarious story. 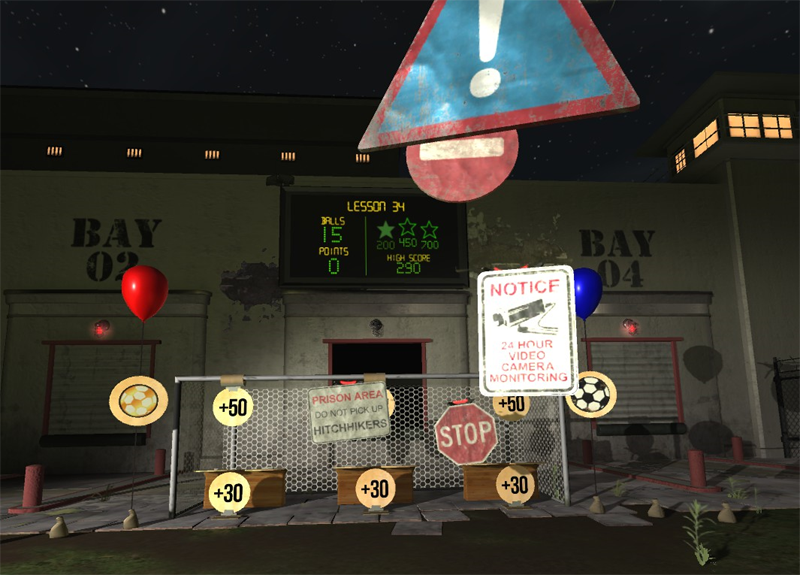 Obstacles change, both in style, and defense strategies, between every level

The comedic narrative in Headmaster is sheer gold. Critics have described it as somewhere between Portal and The Stanley Parable, which is spot on. The center’s CEO, who is also your trainer, is overly ambitious, insecure, and dismissive of basic morality. His assistant, Carl, makes the tests and is hilariously ignorant to anyone’s negative views on the Center. As a duo, these people provide a legitimate story which had me laughing out loud on a regular basis. Containing original, slapstick dialogue tropes, I haven’t played a game that had me cracking up this much since Portal 2. Fostering such comedy potential, the story itself isn’t bad. You play as the last dedicated trainee at the center, where the two remaining staff members desperately push you towards graduation, while simultaneously battling legal concerns. It’s not a thoroughly fleshed-out plot, but it’s still unique and funny despite being built around a single, bare-bones sports mechanic.

The best thing about Headmaster is the amount and variety of the content, keeping me enthralled for the full seven hours it took me to complete. Even after beating each level, they use high scores and give you a maximum of three stars depending on your proficiency. Being awarded three stars in a level provides you with a physical award- none of which do anything, and only make me laugh from how arbitrary they seem. Still, high scores and rewards only add to my motivation to keep coming back. Even before completing the game, I addictively replayed many levels to push my skills to their limit. 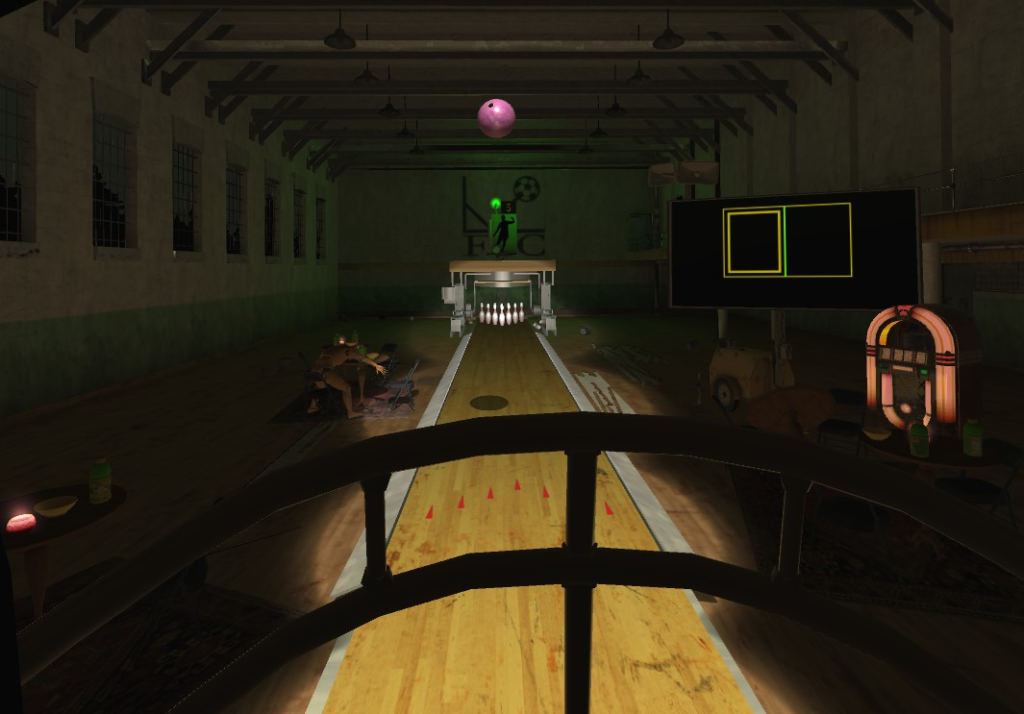 I was worried about the bowling lesson, but thank goodness they remembered to give me my safety helmet!

There are roughly 40 levels, each containing a separate and unique gimmick that completely refreshes the experience. Sometimes, the targets change structure, requiring you hit them differently. Others, you’ll change environments, which re-frame your approach. There are countless factors that change between levels. Later in the game, some even use different sports! Frequently changing the game itself, these are some of my favorite moments. I don’t have the time to spoil them all, but watch the game’s “Very Serious” trailer and you’ll get a glimpse of why this is so special. There are also four “exams,” which are incredibly fun and even action-packed. A couple of them even include actual boss battles. Every single level feels wildly different from the last, which is especially remarkable for Headmaster since its overall content value is so high.

Headmaster also includes a “party mode,” which I must admit I was disappointed by. It involves “taking turns” with your friends and seeing who has earned the best score. It’s a nice option to be present, sure; but, at least in my opinion, turn-taking serves only as a cruel reminder to my days living at home, having to take turns with my siblings on my own computer. It might be fun for some, but I don’t think it’s an enjoyable mechanic. Still, the rest of the game is fun (and long) enough to justify this as being an optional addition that I don’t need to play, and can’t detract from my overall opinion of it. 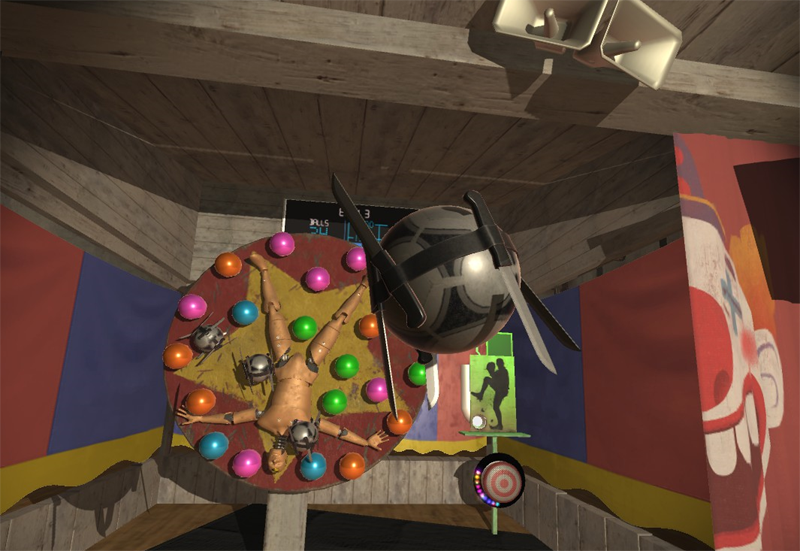 KNIVES…? Carl! This has to be your doing! What were you thinking?!

The game runs smoothly, working at a perfect frame rate and never suffering from any glitches. Despite the prison-esque style, Headmaster has exceptional graphics with great textures, lighting, and visual clarity. Its user interface also works with no issues- an impressive feat, seeing as this is a hands-free game. It no longer has to be, however: with the PC release, the option to enable controllers has been added. This is basically a joke, however- your hands, duct-taped into oven mitts, cannot be used to touch the ball under regulation guidelines. Touching the ball stops it dead in its tracks, and you can’t earn points from such handballs. It’s nice that the option is there, but it’s really quite pointless.

What would I pay? Headmaster is a remarkable sports game that takes simple concepts, makes them incredibly fun, garnishes it with a hilarious storyline, and stretches it out to a lengthy, diverse, 7-hour campaign. Initially, I thought that Headmaster looked overpriced. Upon actually playing it, I realized it’s well worth $20, if not even $30. This game isn’t just more fun than it looks- it’s amazing, and I’d highly recommend it.

Frame Interactive provided theVrgrid.com with a review code for this game and, regardless of this review, we thank them for that!